as absurd as it seems now, 95 years ago, the KKK ran the state of Colorado, and had "Klan Day" at the races at Overland Park in July 1925, the peak of the KKK ridiculousness, just a couple years before they faded out 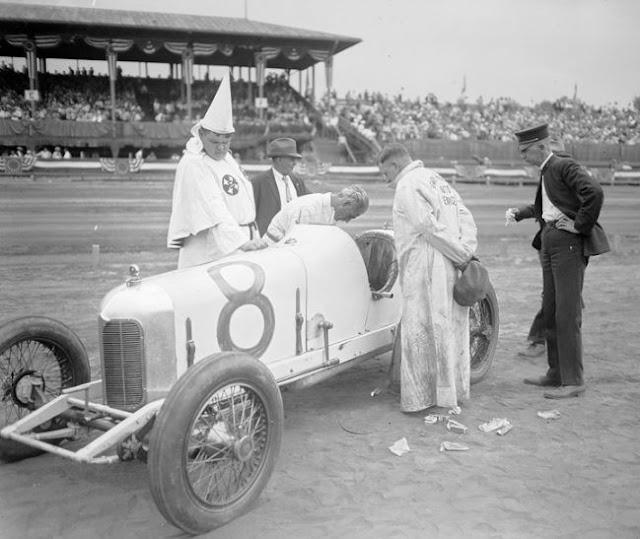 In the years between 1907-1931, Overland Park was the place to prove your mettle as a Colorado race driver. Located at the intersection of S. Delaware and Jewell, Overland Park was a one-mile track that hosted both fast cars and fast horses. In its heyday, Overland saw plenty of big names grace its dirt oval and was often the site of crowd-pleasing event such as a 100-mile race that featured just seven entrants...of which only two actually finished.

“Beyond any doubt the Ku Klux Klan is the largest and most cohesive, most efficiently organized political force in the state,” The Denver Post wrote.

Denver Mayor Ben Stapleton and Gov. Clarence Morley, who was a virulent anti-Catholic, were among the Klansmen who ascended to high office. The Klan even controlled both houses in the state legislature. 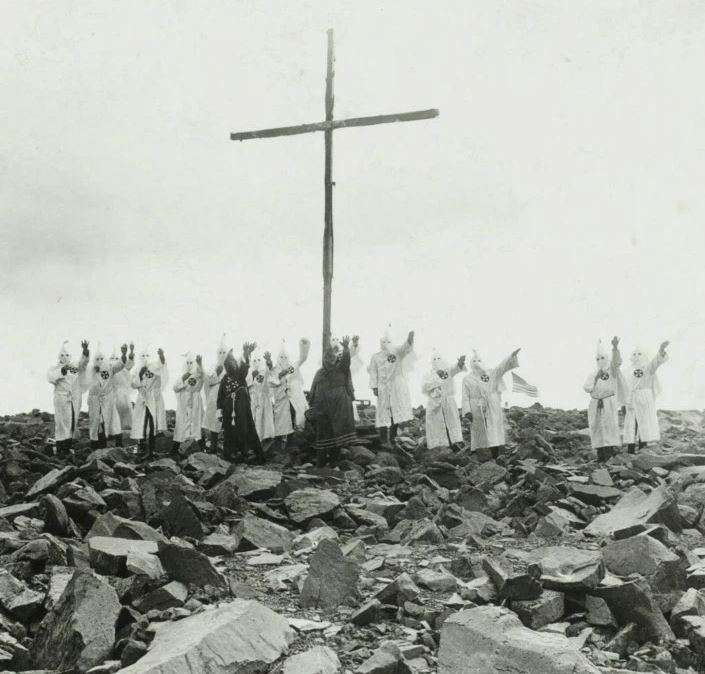 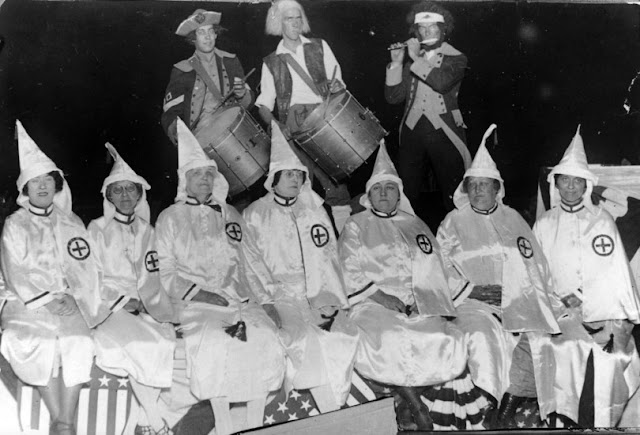 I didn't even realize women were a part of the KKK.

The KKK had no presence in Colorado in 1920. By 1925, Klan members and sponsored candidates controlled the Colorado State House and Senate, the office of Secretary of State, a state Supreme Court judgeship, seven benches on Denver District Court, and city councils in some Colorado towns. Mayor Ben Stapleton of Denver and Governor Clarence Morley of Colorado were also Klansmen. The KKK was stronger in Colorado than any other state.

The KKK developed a new recruiting message focused more on the menace that Catholics and Jews posed to the “nation’s Protestant ideals” than on Blacks. According to the excellent history Hooded Empire: The KKK in Colorado by Robert Goldberg, the KKK posed as saviors of “Old Time Religion” and Americanism. As adherents to the Pope and their “polytheistic” religion of saints, Catholics were seen as completely excluded from such Americanism. Colorado was predominantly Protestant, and this message played well here.

Conspiracy theories about a secret Catholic government of overlords abounded, much as such stories about Jews make the circuit today. The KKK also stood for fair elections, for law and order against the backdrop of Prohibition bootlegging and rampant crime, and against the loosening of morals brought by new music, new dances, and Hollywood, things the general public could get behind.

Strangely, part of the KKK’s appeal was that it functioned as a social outing for many Protestants. In fact, members in Grand Junction flocked to the KKK not so much from prejudice, but because they thought of it as another Elk’s lodge, except with hoods and weird cross burning ceremonies out in the desert. Even Dalton Trumbo tried to join because it was the hot “thing to do.” In Denver, the KKK held picnics (one drew 100,000 people), auto races, and had many other events.