Why doesn't anyone mention the Darian Gap, the 125 miles with no road, in the jungle, between Panama and Columbia? Even the world conquering British Empire failed to make a road or railroad across it. In fact, nothing made the trip on 4 wheels until 1985, a Jeep CJ 5 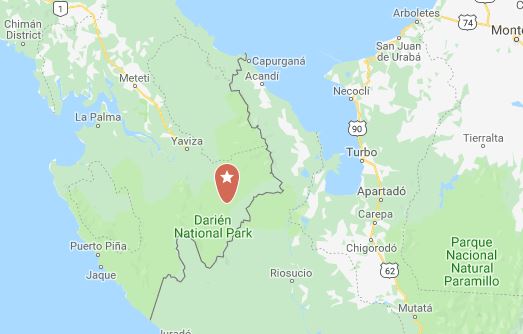 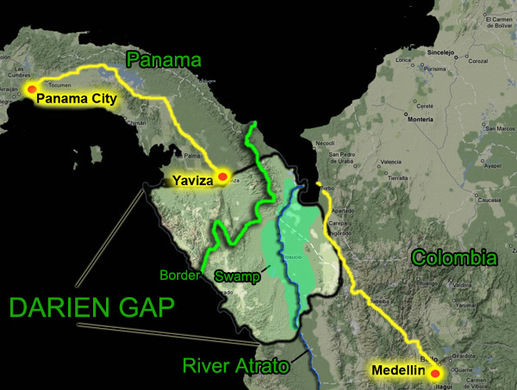 The first completely over-land crossing didn’t occur until the early 1970s when Ian Hibell used a bicycle to forge a path through the wilderness. The first completely over-land auto crossing took place in 1985 utilizing a modified CJ-5 Jeep. With this vehicle, Loren Upton spent 714 days journeying a total of just 125 miles to accomplish this feat.

Seems stupid to the Columbian govt and the Panama govt to not put a high speed train through, and make money off all the cargo, tourists, etc. Why let the jungle swamps and rivers, and if any robbers exist, them too - get in the way of getting rich from tolls being collected on the only rail road you'll build?

When it comes to driving from Alaska to Argentina, for whatever reason, people take a ferry from Panama to Columbia instead of struggling across the jungle.

I find it hard to believe that the loggers that are reputed to be stripping all the forests from Brazil haven't made a deal with Panama or Columbia to get into the Darian Gap and harvest timber and work with the Columbian govt to bull doze a road bed for the logging trucks, and leave it for the rail road or highway.

Yes, I read it's a UNESCO World Heritage Site due to its abundance of rare plants and wildlife, so? Exactly when has that ever prevented anyone from doing whatever they can in the absence of an army, law enforcement, etc?

they finished the Ride in April 2018

Mens Journal and Playboy magazines both wrote articles on the journey

They made it through, but they lost one rider who had been hit by a car in Canada when it's driver hit black ice and spun out. Mud as thick as concrete caked around his tires and burned out his clutch in the jungle, and after the accident in British Columbia, he’d had enough. He left his bike in the jungle, backtracked out of the Gap, and flew home to Alaska.

The next day, Mitchell and Edwards lost their clutches, too, which left only Eastham’s motorcycle operable.

On March 27 2018, they reached Ushuaia, making them the first people to ride the entire length of the two continents on motorcycle in one continuous trip. Over five months journey, they dealt with smashed radiators, electrical shorts, and countless hours negotiating with border agents.

By their estimate, 30 percent of their time was spent dealing with setbacks and adjustments. 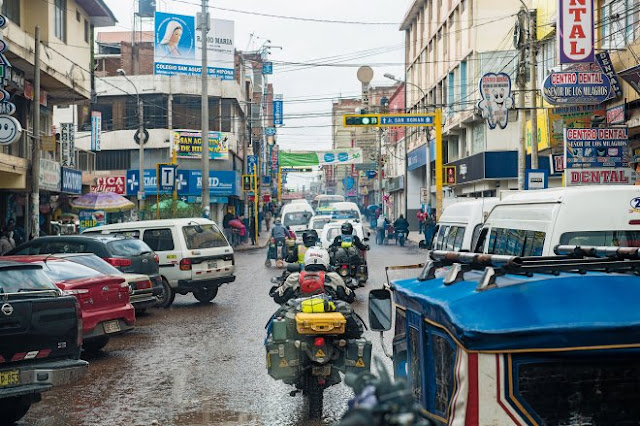