1954 Dodge Fire Arrows up for auction 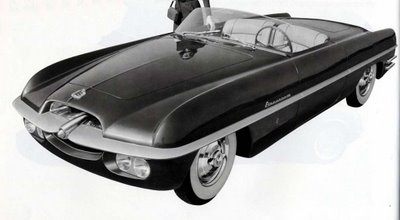 http://www.imperialclub.com/Articles/SIA_Exner/index.htm for a 10 page magazine article.

Two rare convertible Dodge Firearrow concept cars will be put up for auction at Barret-Jackson next year. These eye-catching concept cars are #2 and #4 of the four built in 1953 and 1954. The cars were never intended to make it to production and were simply built to spark public interest in the Dodge brand.

Chrysler Corp. never actually built the concept for the public, but the Firearrow did become a production vehicle in 1955 when a convertible version was built under license to Dual Motors, an independent company in Detroit. Called the Dual-Ghia, the car later became popular in Hollywood and was driven by actor Peter Lawford in "The Thin Man," a TV version of the popular movie series of the 1930s.

1958 prototype, Ron Reagan lost his in a poker game 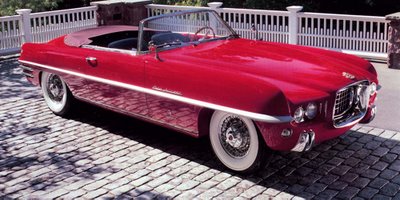 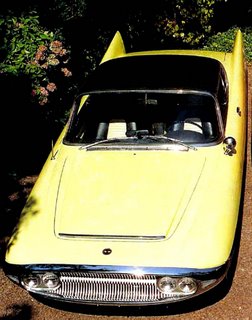 The Dual Ghia, which was popular among celebrities such as Frank Sinatra, Desi Arnez, and even Ronald Reagan (whom lost his vehicle to Lyndon B. Johnson in a poker game).
at Saturday, December 02, 2006 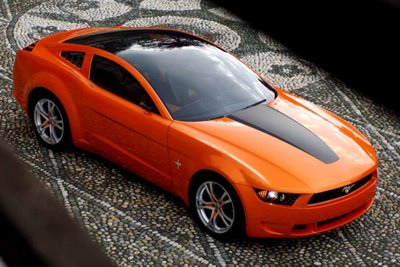 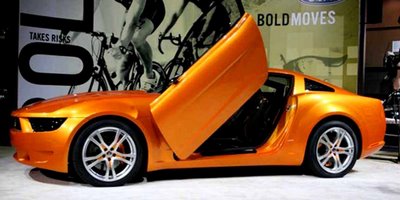 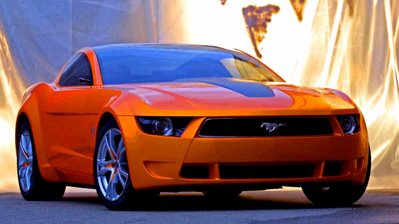 
The new Mustang by Giugiaro, additionally impressive and respectable because the senior Giugiaro – who last year celebrated his 50 th anniversary in the business by designing a custom-made Ferrari, the GG50 – created the 1965 Bertone Mustang.

http://www.carbuyersnotebook.com/archives/5th_wheel/ for a great write up, http://www.jalopnik.com/photogallery/giugiaromustang for a full 2 dozen pic photo gallery.
at Saturday, December 02, 2006

Parade Mustang with rumble seat, 1 of 4 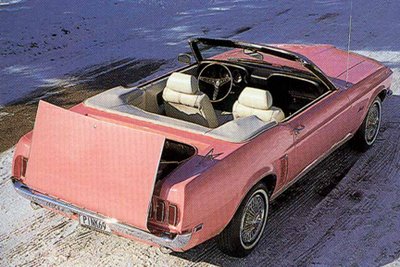 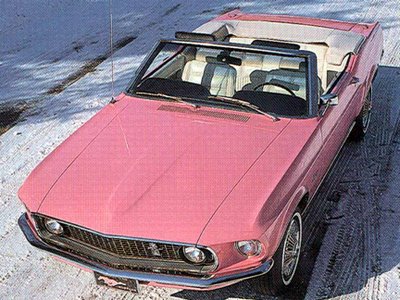 This is just one of four Playboy Pink special builds for parades.

Of course, this website and picture states the playmate of the year was given an AMX, "an all pink AMX was given to Playboy's Playmate of the Year, Angela Dorian. She still owns the car, but she seems to like the Rolling Stones, as she since painted it black" http://www.american-motors.de/en/history/60s/ 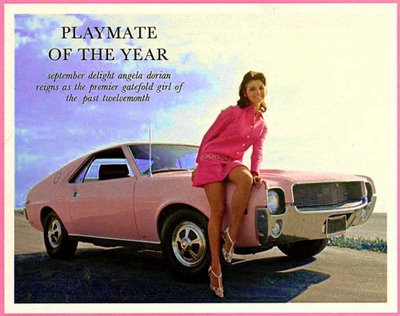 This is the picture link http://www.javelinamx.com/JavHome/articles/pb0568-3.jpg

This car is so unknown that it doesn't even show up or get mentioned on this website devoted to freaking rare mustangs... http://www.limited600mustang.com/specials.html

For a page of pink cars and playmates http://motoriginal.tumblr.com/page/107
at Friday, December 01, 2006

From the movie "Harley Davidson and the Marlboro Man"

This is likely the first chopper that interested me. Nice rake and symmetry. Big and little tires, no detracting seat or paint. I'd love one like this. 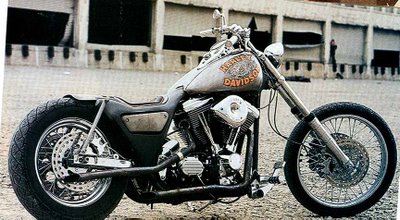 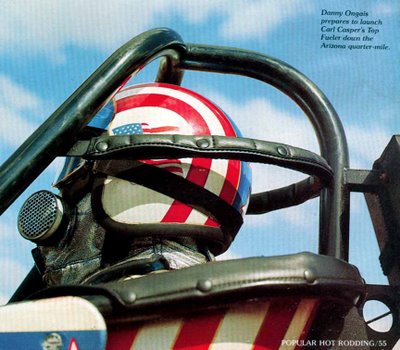 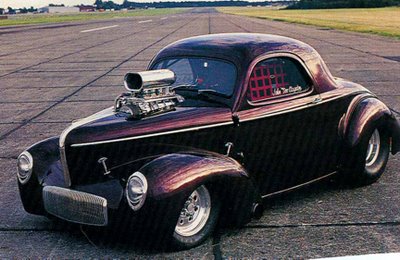 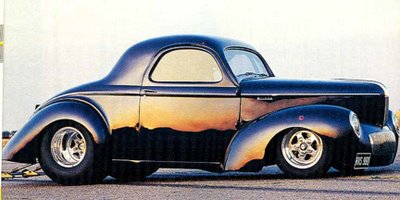