Bruce Halle, owner of Discount Tire, has the world's most comprehensive collection of tire posters 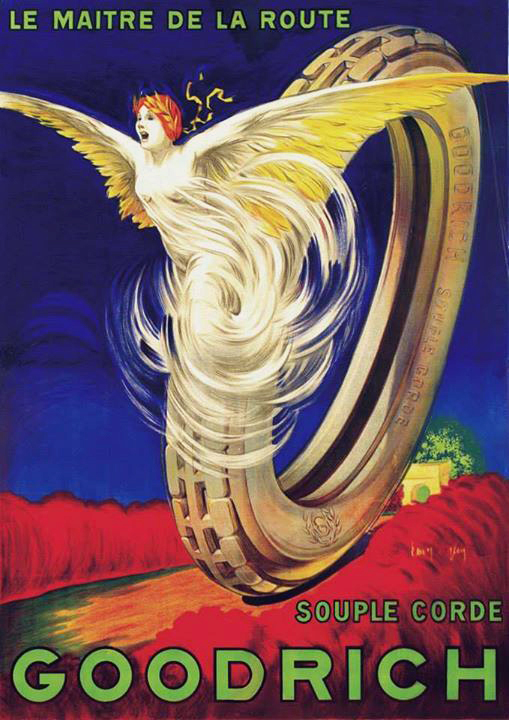 Not only is Discount Tire one of Arizona's most profitable businesses, it's also owned by billionaire Bruce Halle, one of the state's most prominent forces in the arts. It's annual revenue is about 4 billion, and it all started from a single store that Halle opened in 1961.

Growing up in the great depression era, he delivered newspapers, cut grass and even dug graves to help support his family. After serving in the Marines during the Korean war, Halle got a degree in business administration from East Michigan University.

After college, Halle had an unsuccessful partnership in a tires and auto- accessories business that was dissolved in 1959.

He struck out on his own and opened the first Discount Tire store in Ann Arbor, Mich., in 1960. According to company history, he chose the name Discount Tire because "discount" implied a deal, and "everybody wants a deal."

He had an inventory of six tires (four of which were retreads) and a portable air tank, which necessitated running back and forth to the local gas station to fill up the tires he sold.

Halle slowly built up sales and, after a few months, was able to spend $400 on a used air compressor.

He faced considerable competition from major tire dealers such as Firestone, General and Goodyear. But he offered lower prices and superior customer service, and he quickly developed a following of loyal customers.

One service was to remove snow tires in the spring and remount them in the fall for free, a service his competitors charged for. He reasoned that once he had customers in the shop, he would have a chance to sell them new tires.

Early on Halle figured out that customers want to get out of his store quickly—they have more important things to do—and they’d like the bathrooms to be clean if they need to make a pit stop while waiting for a tire change.

When he opened up outlets in Arizona he offered free flat repairs and encouraged store managers to give away tires to down-and-out customers. His theory was that they would tell their friends and return as lifetime customers when they got back on their feet.

Today his Bruce T. Halle Scholarship program allows every child of a Discount Tire employee the opportunity to attend college.

What started 30 years ago as a chance purchase of a tire poster flourished into a collection of more than 360 pieces—and added a collection curator as part of the Discount Tire staff. 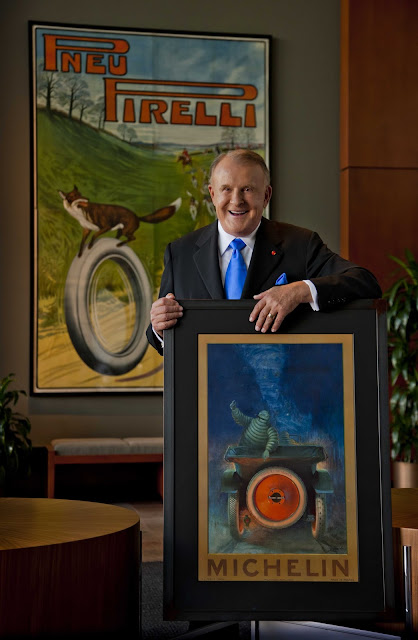 Six Tires, No Plan: The Impossible Journey of the Most Inspirational Leader That (Almost) Nobody Knows--the biography of billionaire Bruce Halle 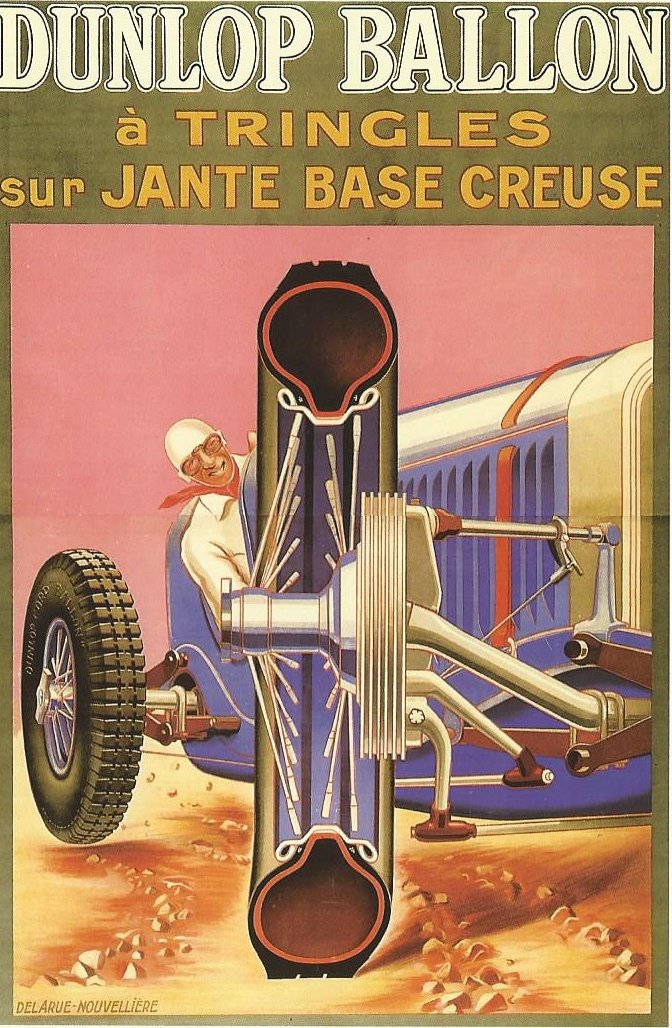 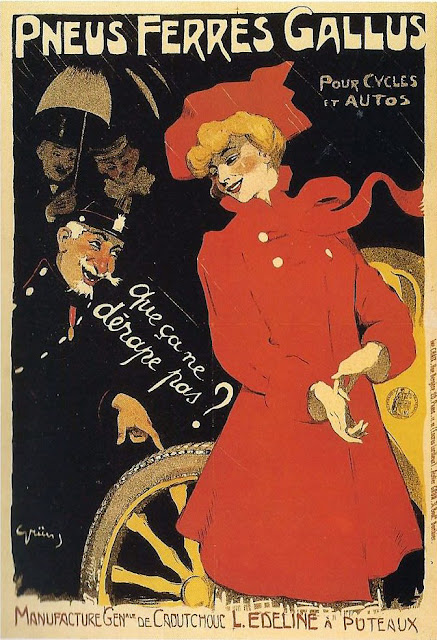 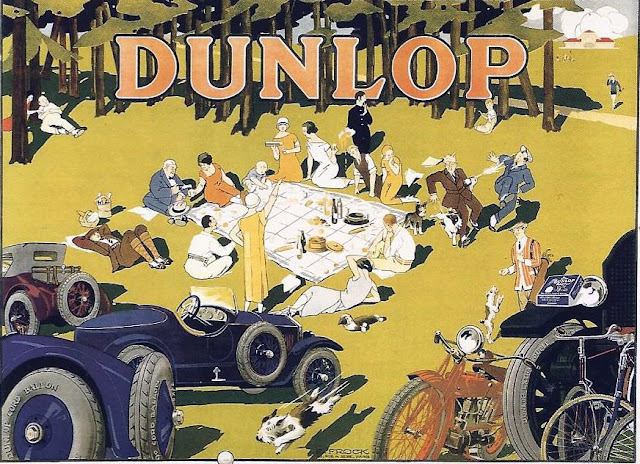 The collection is even in a book, Posters from the Collection of Discount Tire, by Susan Driver,
illustrating 264 of the many posters that were produced advertising tires (for bicycles, motorcycles and automobiles) in the nineteenth century and early 20th century.

"We have a couple Toulouse-Lautrec posters; Leonetto Cappiello, the father of modern advertising. And, of course, we have Marius Rossillon, who went by the name of O'Galup and started doing the big Michelin posters of Bibendum" 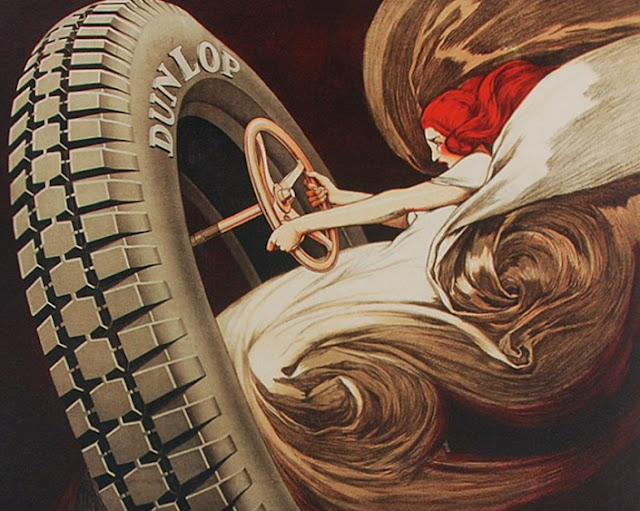 How did I come to learn about this?

Professor Pau who did the 4 volume thesis on Michelin's Bibedum advertising just told me that his whole thesis is now in the process of being translated by a professional translator. This project is made possible for the financial support of Bruce Halle, and the translated extensive collection and analysis of Bibendum is going to be completed in late 2018 and be available online through the  University of Barcelona! Great news! 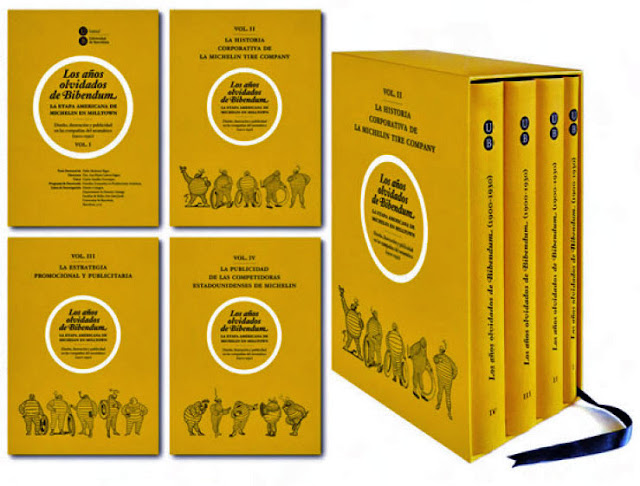 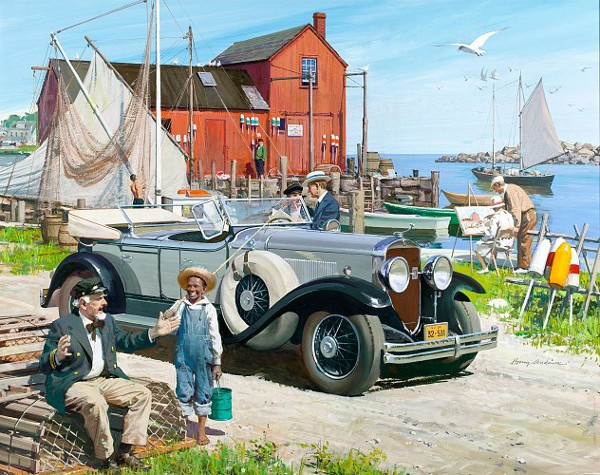 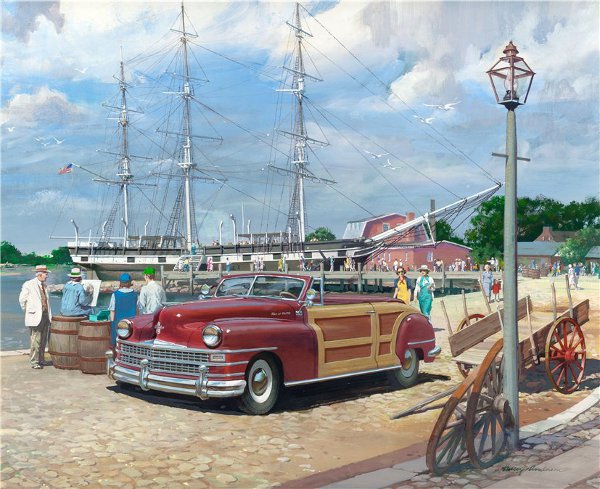 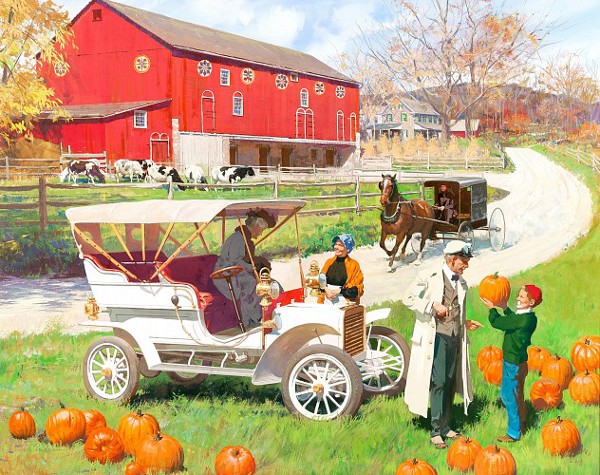 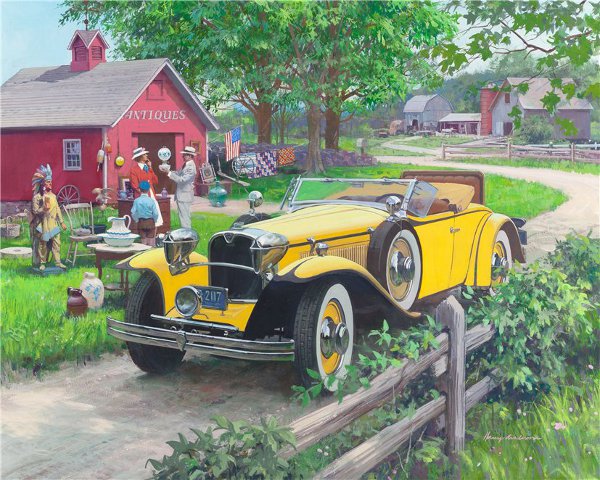 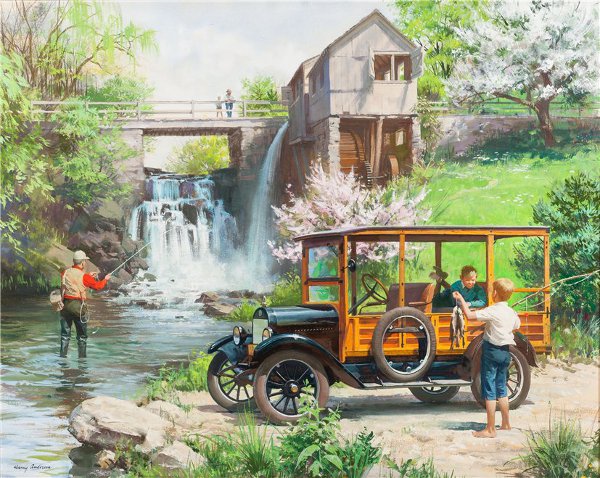 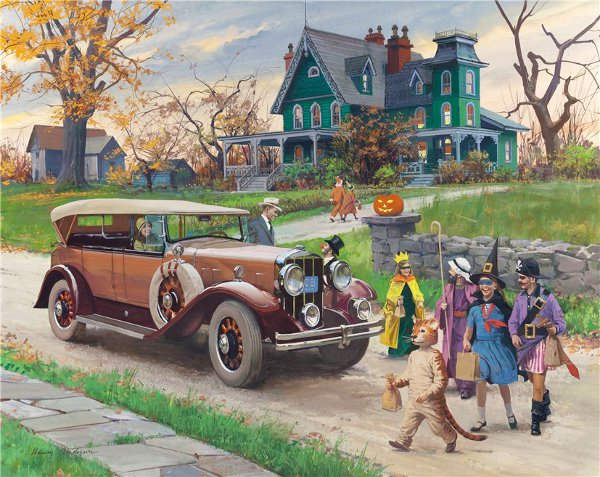 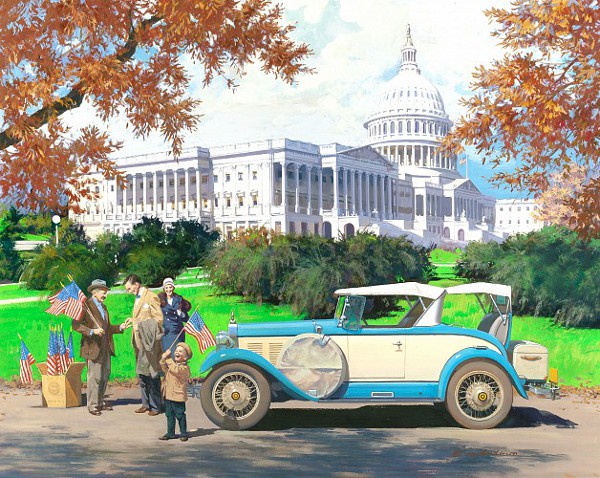 This seems to be the only painting of a rumble seat convertible top, and I've only seen one in real life 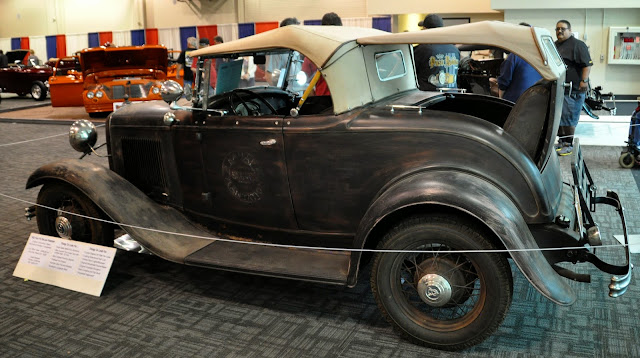 http://justacarguy.blogspot.com/2014/02/ive-never-seen-rumble-seat-convertible.html  for the rest of the photos 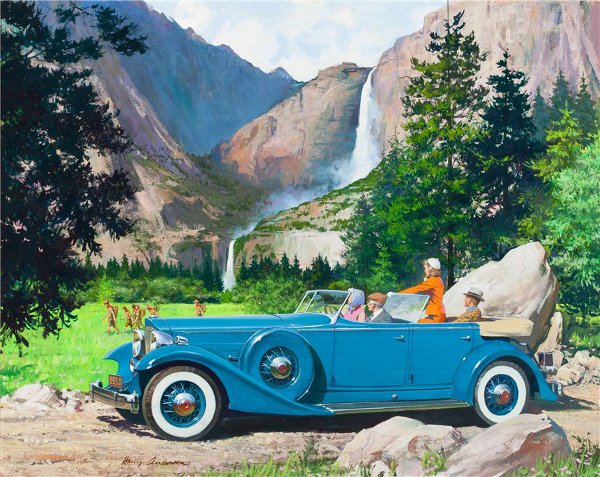 Get Every Drop, and Boys Riding On A Homemade Fire Engine 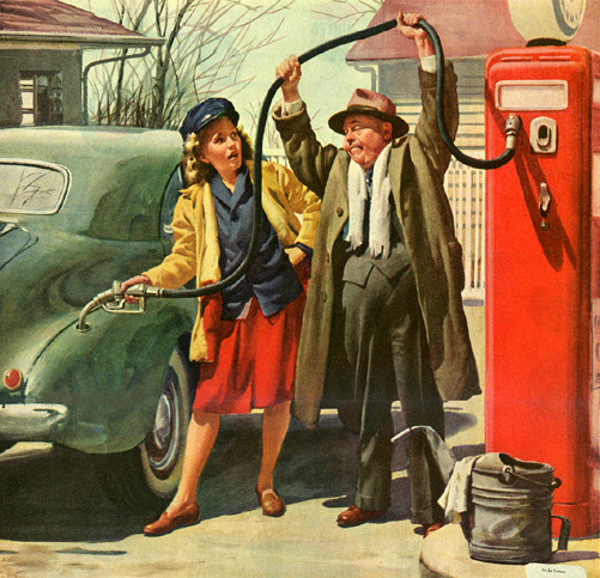 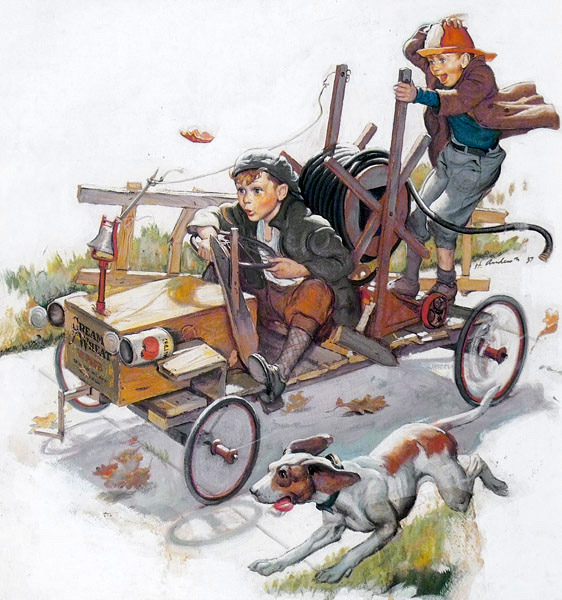 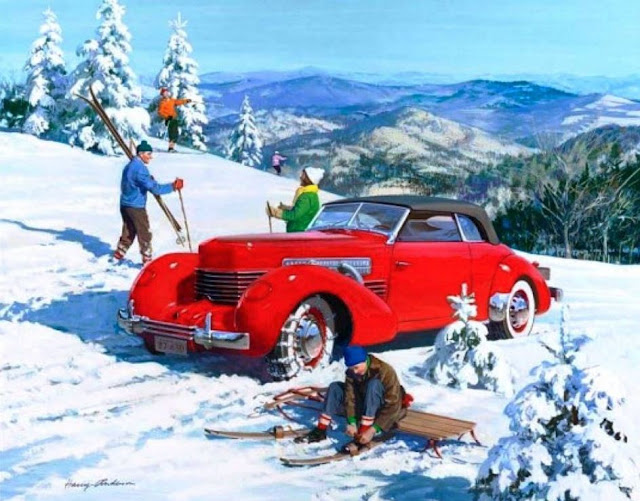 Harry was a really good painter
Thanks Martin!
at Saturday, April 01, 2017 0 comments

The banners from March 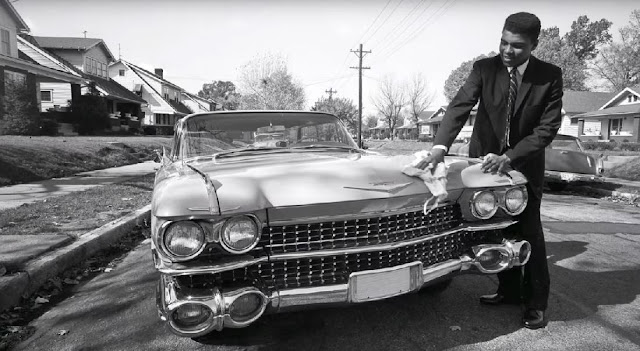