John Shape found photos of his amazing great grandfather... and these two photos were discovered recently and he posted them to the internet 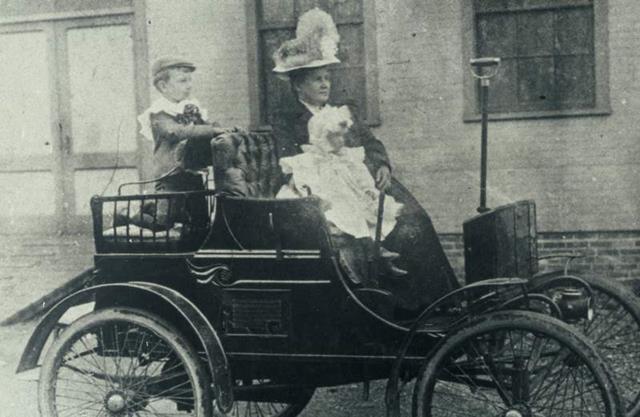 This picture shows John's Great Grandmother, Grandmother and Great Uncle in the first Packard automobile made in 1899 in Warren, Ohio.

John's Great Grandfather was the hands-on builder of that car for James W. Packard, his employer. 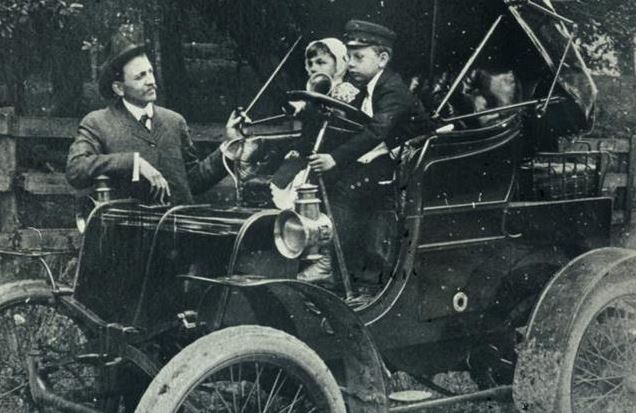 The second photo shows John's Great Grandfather, Grandmother and Great Uncle in Packard No. 3 of 1901 or 1902.

In 1902 the Packard's moved their automobile company to Detroit. John's Great Granddad stayed behind to run their electric lighting business which later became part of GE.

Once Packard automobile production was established in Detroit, the Packard brothers established an improved automotive electrical system that they continued to manufacture in the Warren, Ohio facility that hadn't been sold off to the predecessor of GE.

In 1932, Packard Electric Co., which had remained independent from the car company, became a division of General Motors Corporation and today is part of the Delphi system named Delphi Packard Electric Systems.

John Shape post this at pelicanparts.com in their More Random Pics section back in 2007
at Tuesday, December 04, 2018