Movie Cars Spotted In The Wild

Here is a man who has prevailed in every form of racing in which he has participated:
Penske has won the Indianapolis 500 more times than any other owner.

His team was so dominant in the Can-Am Series that he destroyed it, because it was no longer competitive.
To this date, the Penske 917 Can-Am Porsche is considered the single most awesome racing car ever created.

Back when Penske was the team owner for the original Trans-Am, his Chevies dominated. Until he switched to, of all things, American Motors. Two years later, the Javelin won the championship. A couple of years after that, the series imploded, partly because it took too much money and too much commitment to compete with Penske.


However, Penske’s commitment to his drivers isn’t best illustrated by the races he’s won or the series he’s dominated. It’s best illustrated by a story told by Dr. Terry Trammell, at the time of the events the rising star of orthopedic surgery at Methodist Hospital in Indianapolis, Indiana.
It was during a race at a track in Canada called Sanair that Mears crashed in an open-wheel racer. In those days, drivers’ feet protruded beyond the front axle line and any frontal impact damaged the driver’s feet, usually crippling them for life. There was no crush zone. Other than the driver’s feet.
Mears’s feet were pulverized by the crash.
Mere hours after the crash, two men showed up at Methodist Hospital in Indiana.
They located Dr. Trammell, explained to him that they had been sent by Mr. Penske, and that they were not allowed to take ‘no’ for an answer. Dr. Trammell explained that he had surgeries scheduled. They explained that the jet was waiting.
Dr. Trammell got on that jet. The attending doctors had not believed that Rick Mears would walk again. Instead, he won two more Indy 500’s. Driving for Roger Penske.
What is less known is that Penske had dispatched the two men and the jet to Indianapolis before Mears had been taken from the track to go to the hospital.
But, you see, that’s always been Penske’s genius.
He’s a genius at recognizing who is, and who isn’t, just that good.
And then sticking with them, no matter what it takes, to make it happen.

The lie about hybrid cars: Not only do current types of hybrids not save much gas, they don’t do much for emissions, either

Here’s why: the dirtiest moments in the internal combustion engine’s operation are when it is starting.

The more times that the internal combustion engine in a hybrid turns off and the restarts, the more times you’re running that engine through its dirtiest phase of operation. On ordinary internal combustion vehicles, a catalytic converter ensures that the emissions components of the initial start exhaust are cleaned up. Hybrids, however, don’t use catalytic converters.

For the full story:
http://www.topspeed.com/cars/car-news/-hybrids-don-t-save-much-gas-or-emissions-ar52818.html
at Friday, February 22, 2008

Incredible video to share with you, thanks to Mike!

With Grave Digger, about a dozen dirt bikers doing flips, supermans, tail flips, etc, and mulitple levels of all of these in the air at the same time in one location. Just freaking incredible, with AC/DC's "For Those About To Rock" running in the background.

Very cool, and I bet it's fast, 9.9 Hp outboard and a motorbike frame, on hydrofoils 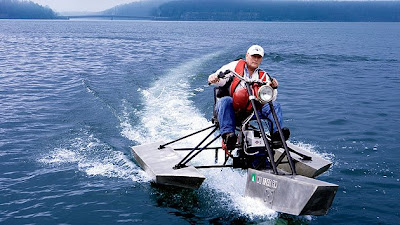 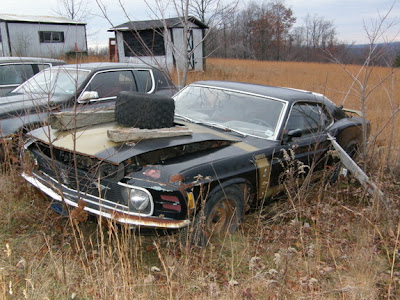 I've been too busy to post this before, but ever heard of a Cobra Falcon? 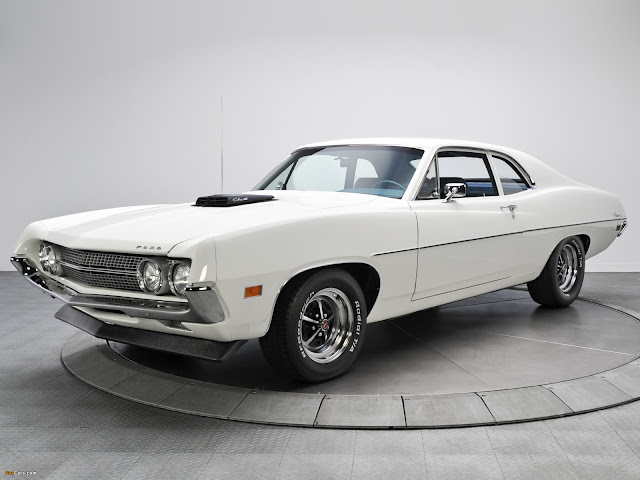 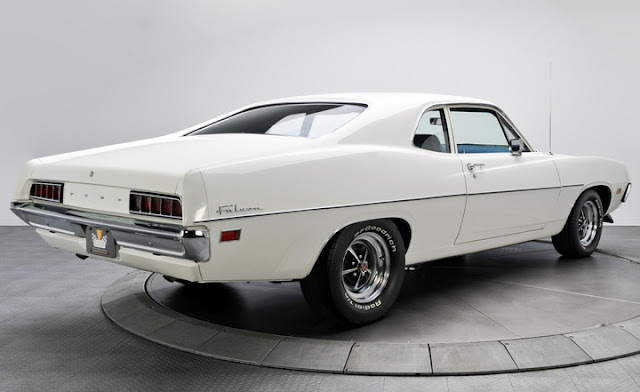 1970 1/2 429 SCJ Falcons were the stripped down Fairlane which was a stripped down Torino... this was a departure of the Falcon being the compact car that was built up to December of 1969, it now was a 2 dr sedan.

Ford brochures showed that the 429 CJ and the 429 SCJ could be had in any of the intermediate sized cars, but not the station wagons.
One was in the Feb 1990 Musclecar Review, and I was going to get around to posting just how rare these are, and how you've probably never heard of them either, I never had... but the March '08 Musclecar Enthusiast has one. It's also here: http://www.ostalecki.com/ostalecki.asp?page=itemsforsale&type=273

And what do you know, one also shows up in the March '08 Muscle Car Review, and both the white on in Musclecar Enthusiast and the yellow one in Muscle Car Review are now owned by Jerry Ostaleki, and both are talked about in both articles (without mentioning that the other would be in the other magazine) probably because the magazines are owned by Primedia, and Amos publishing companies.

According to the Marti report, 90 Falcons were optioned with the 429 CJ Ram Air, according to the 1990 Musclecar Review story Ford built 126 SCJ Falcons. Anyway you look at it, they are rarer than Super Stock factory cars now, as they weren't treated very well in the musclecar drag wars of 70-71-72. The Super Stockers were, adn there are more still around. The guess of the owner of the Cobra Falcon in this months magazine is that only about a dozen exist.

Back Seat Betty on the cover of Rod and Custom!

From last June,
http://justacarguy.blogspot.com/2007/06/when-hot-rod-customizer-builds-tribute.html#links
Rod and Custom online doesn't have anything on Back Seat Betty, but if you do like custom jobs, here are some wallpapers they do have for you http://www.rodandcustommagazine.com/wallpaper/rc_freestuff/index.html

How car company logos have evolved

The 70's weren't so good for some cars, like this R/T S/E 71 Challenger station wagon 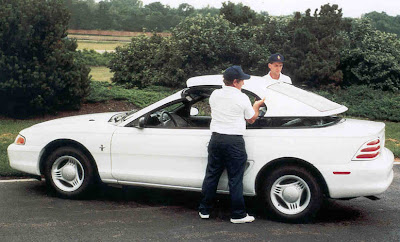 http://bradbarnett.net/mustangs/timeline/94-98/95/index.htm
States that the 1995 was "the only year for the convertible hardtop, and with only 499 models available, it has become a sought after collectible. The hardtop/ragtop was installed as a prototype on a few V6 and GT Mustangs, which have found their way into private hands, but were never "officially" produced. " With about 2 dozen photos, and http://www.themustangnews.com/gallery/showimage.php?i=92&c=12 has some more
In 1966 a Ford designer who was the man behind the retractable hardtop '57 - 59 Starliner was tasked by Ford to get the 67 Mustangs a hardtop convertible option package, which didn't happen in production due to the weight of the motors etc to retract the top.
http://www.mustangblog.com/index.php/2006/ebay-1966-retractable-hardtop-convertible/
What made me look into this was that Tere had a copy of Mustang Monthly that had a 1966 "Towne Top" detachable hardtop. http://www.mustangmonthly.com/featuredvehicles/mump_0801_1966_convertible_towne_ragtop/index.html 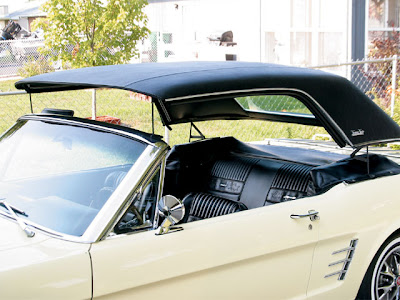 Dory Development Corporation of Salem, New York made these limited-production hardtops for Mustang and Corvair convertibles, about 200 of them, and 3 are known to still exist.
at Tuesday, February 19, 2008

Wheelstanding competition, but the front just kept lifting, and the car went vertical and then fell over backwards

http://www.speedtv.com/programs/chop-cut-rebuild/
In season 4, and fixing a '75 Bricklin and a 65 Impala, one of the shops working on the Bricklin is San Diego shop "Syndicate" 5620 Kearny Mesa Road
http://www.syndicateauto.com/
at Tuesday, February 19, 2008 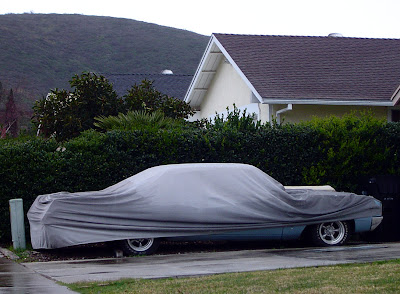 Out of the garage in prep for the summer car shows? 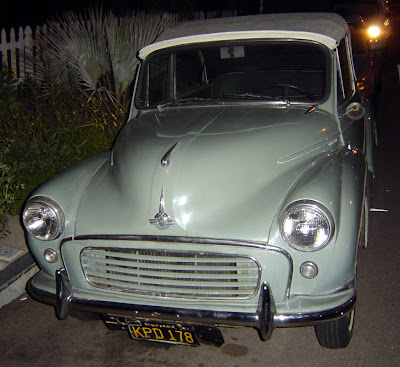 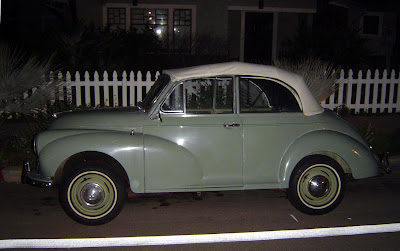 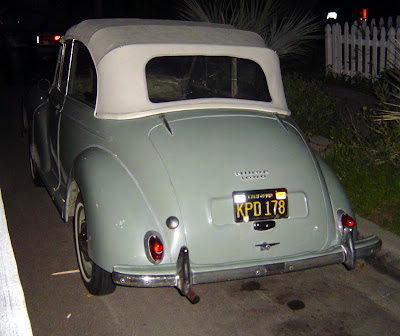 Hasn't been used in quite a while, damn shame 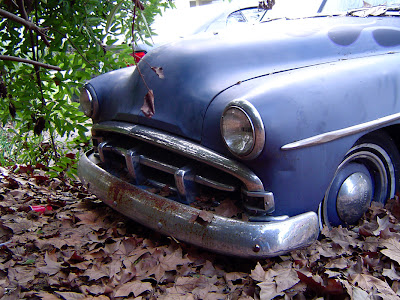 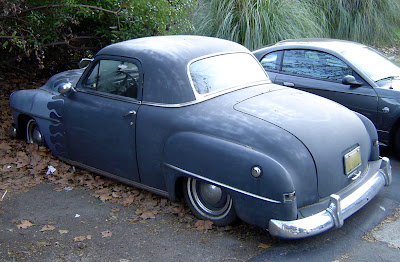 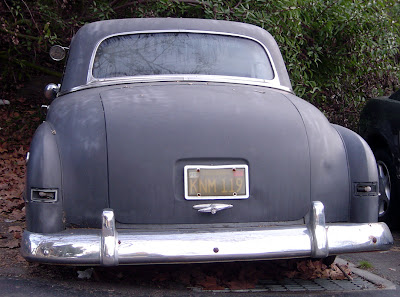 Conferring with coworkers... aka goofing off 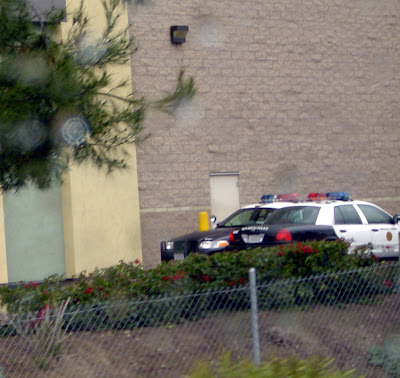 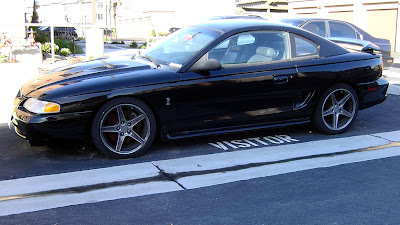 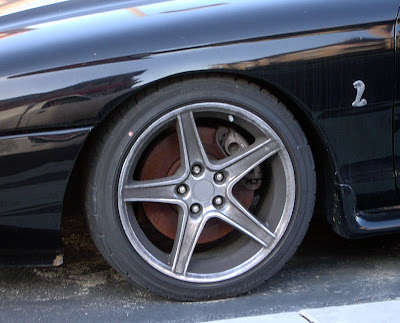 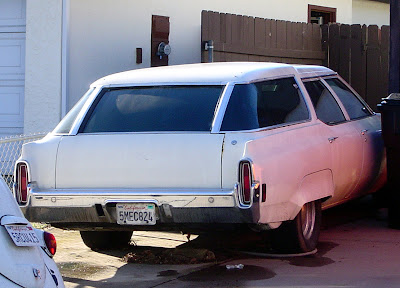 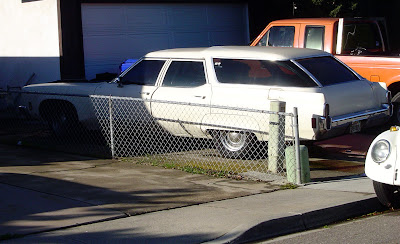 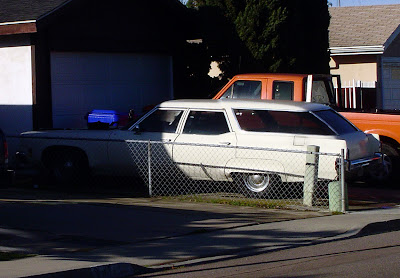 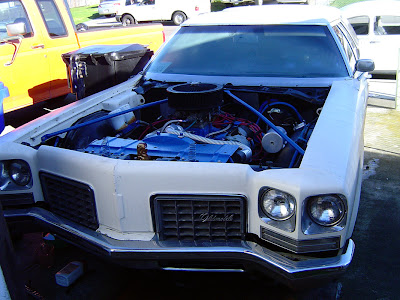 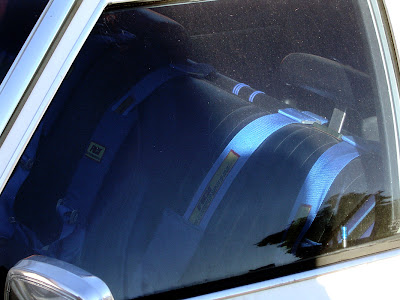 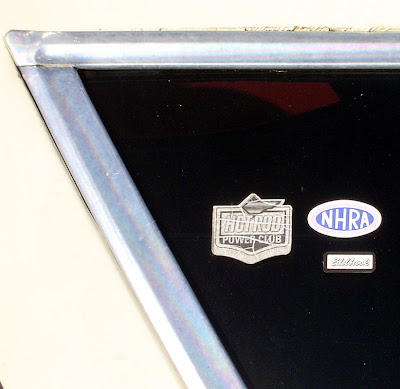 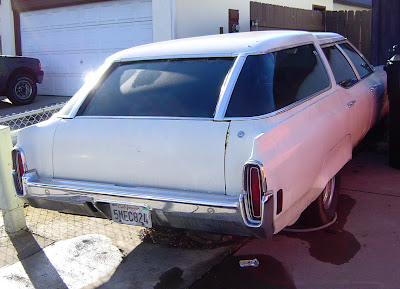 Just what is up with this truck? Undecover cops? 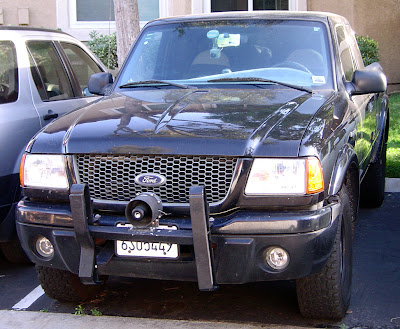 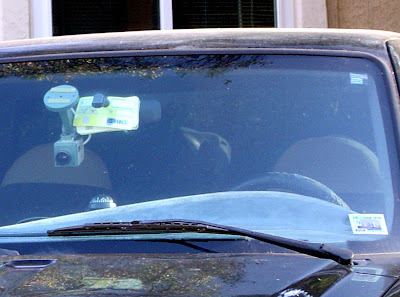