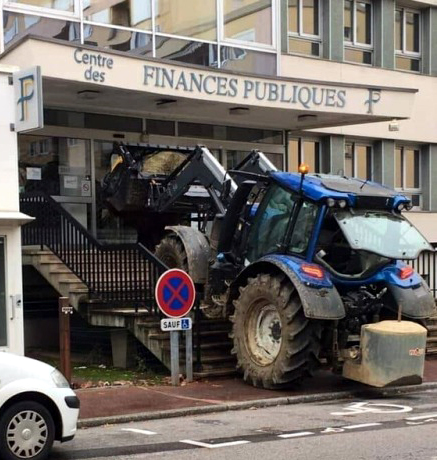 The spark for the movement came in mid-November, after Macron announced he would increase fuel taxes, in order to help finance his plan to transition France to renewable energy. The increase could add about 10 euros ($14) to a family’s monthy household expenses. And while that is a significant sum to many poor families, for many others, the pronouncement seemed simply to be the final straw — It was “la limite,” Valette says.

The fractured movement of yellow jackets exploded seemingly out of nowhere, gathering momentum over the past two weeks through Facebook pages that have organized local demonstrations across a country of 67 million people. It has no leader, and no affiliation to a political party or trade union. It resembles more the grassroots Arab Spring protests of 2011, which toppled governments, than the frequent French demonstrations that usually accompany mass strikes. The one commonality among these demonstrators are the high-vis jackets that give them their name, which can be found in every vehicle under French law.