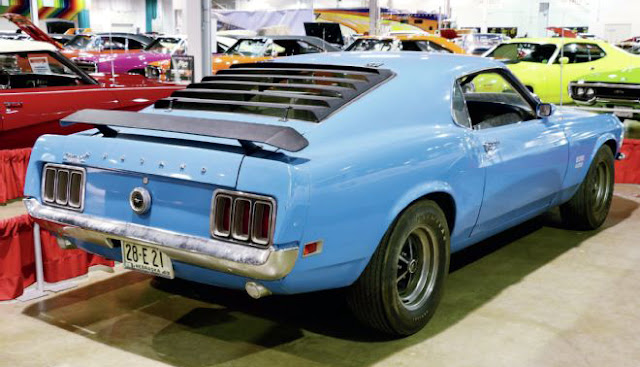 Bruce Schreiner's unrestored original 1970 Boss 429 was recently acquired from an estate sale. The car had been in storage for more than 41 years, and Bruce had been after it for the past 15 years. Kevin Marti has confirmed that this car is the one and only Boss 429 that came from the factory with rear spoiler and sport slats. The car sports original paint, interior, and front tires. 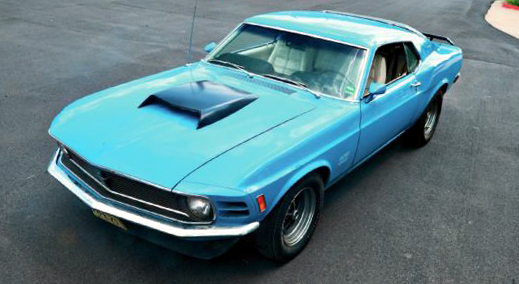 Completely unmolested, this Boss 429 is all original straight down to the Goodyear rubber. All of the documentation, elite Marti Report, and Ford Motor Company stickers were included and still intact as it slept for four decades in an old, windowless garage collecting dirt and dust in every crease and crevice. 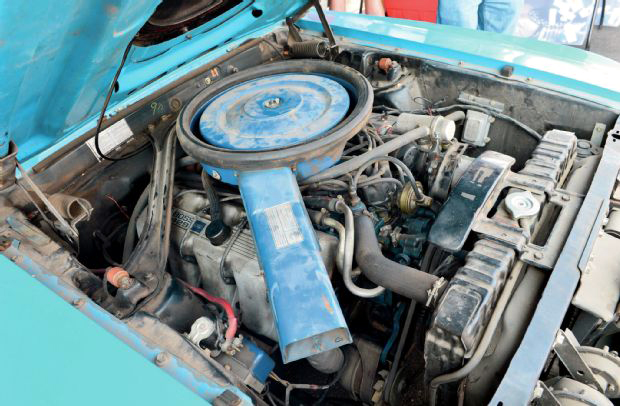 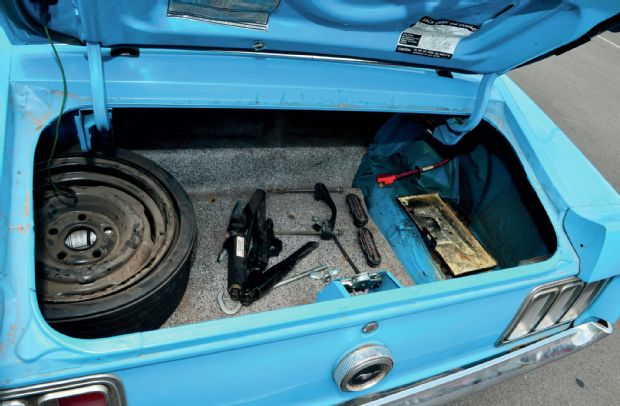 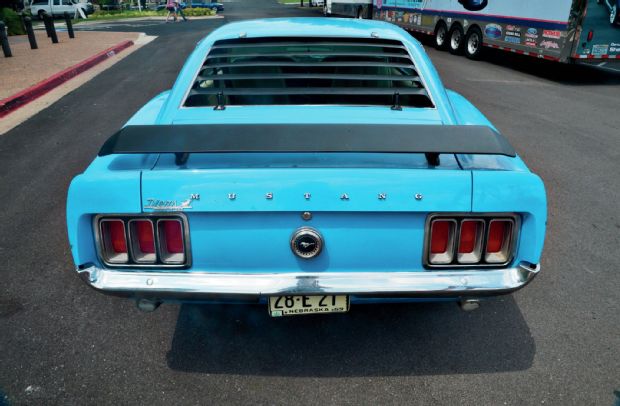 http://www.mustangandfords.com/featured-vehicles/1410-1970-ford-mustang-sleeping-beauty/photo-gallery/#6
at Saturday, June 06, 2015 No comments:

there are 4 known convertible GT 350s, here are 3 of them 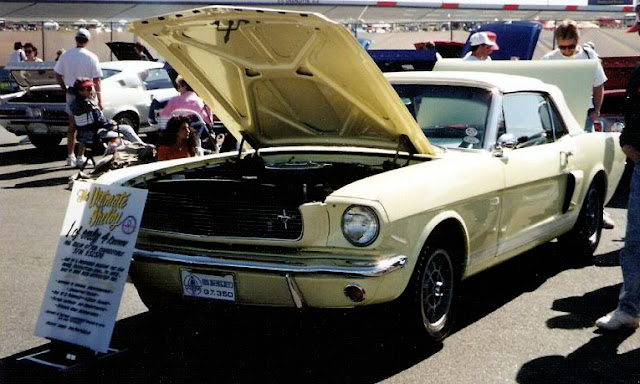 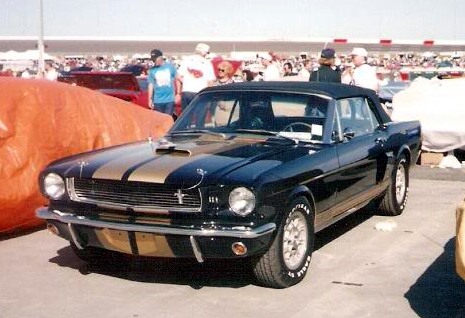 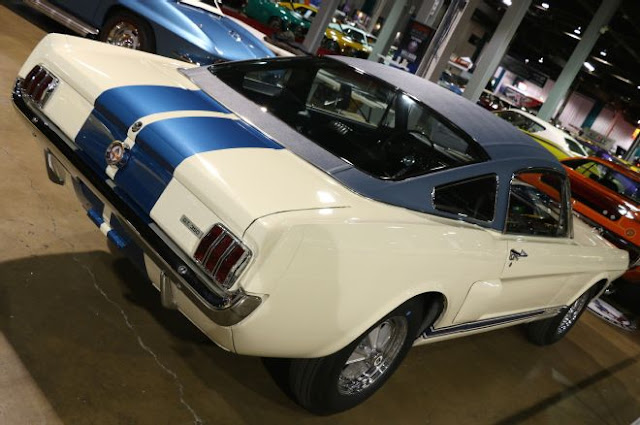 6,000 mile original owner Hemi Road Runner, stashed since 1970 when he spun a couple bearing running from the cops 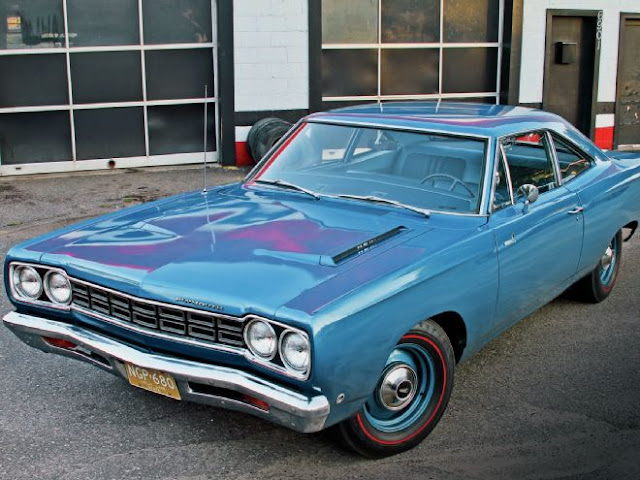 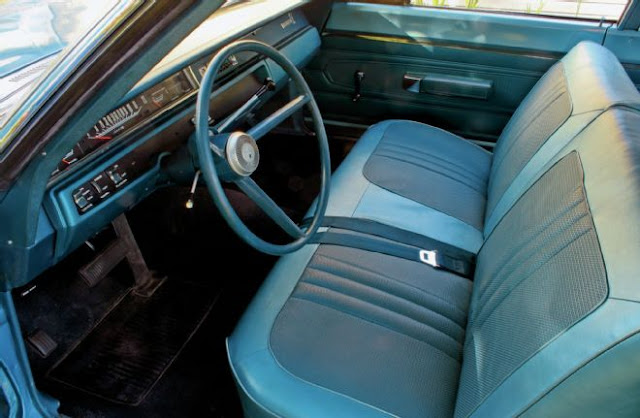 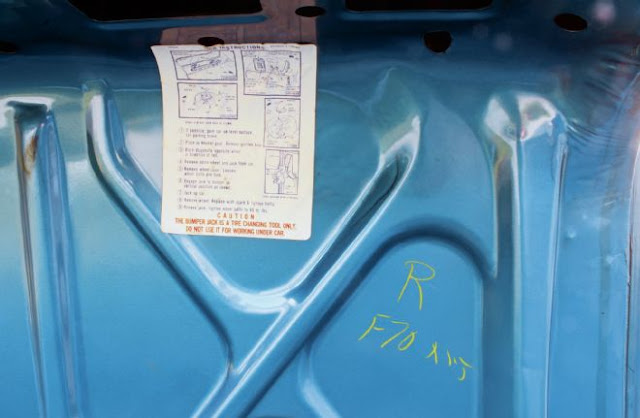 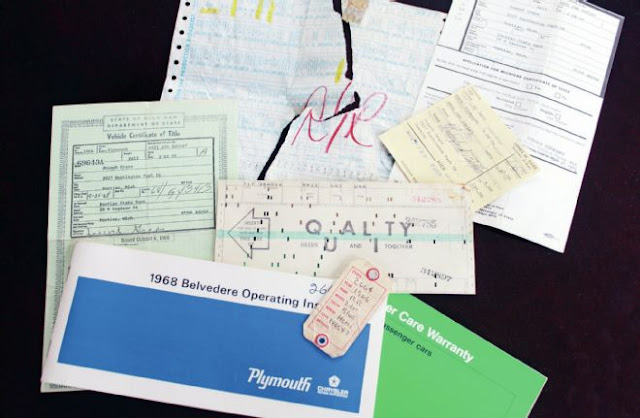 That owner, Joe Grass, bought the car in September 1968, about a year after returning from his tour in Vietnam. He was 22 and working for Pontiac.

The road runner is a very stripped down model that happened to be at the dealership when he arrived, it only has three additional options: an AM radio, a Sure-Grip rear axle, and an automatic transmission.

In the summer of 1970 he was screwing around more than the cops could overlook, and when they lit him up with the gumball, he ran for it. He was chased over two hours, and finally slid into a cornfield, and eventually had the car towed to his sisters where he threw a tarp over it, and never looked back.

In the 2000's he had it towed to his place, but didn't do anything with it due to old age, and declining health. Last year he gave it to a cousin, and finally it came out of hiding for the magazine Muscle Car Review to do an article on it in the March 2015 issue
at Saturday, June 06, 2015 1 comment: 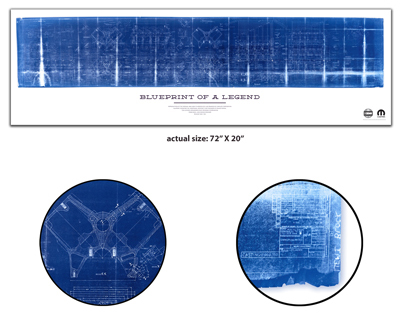 you can buy a copy if there are any left, as they only made 50. $250 apiece, and the website says that you can order one, so I presume that at least one is available https://www.wearmopar.com/wear-mopar/itemdetail.htm?item=A71981342N

In honor of HEMI®'s 50 years, we're proud to offer a limited-edition poster (only 50 are being printed) that captures and preserves the beginnings of this iconic engine. A treasure saved from the Chrysler archives, this A864 HEMI® Cylinder Block Line Drawing was professionally photographed and transferred to a sturdy polyester material. Shipped in a specially marked tube, this Mopar Exclusive collectible unfurls to measure a full six feet in length (72" x 20")
at Saturday, June 06, 2015 No comments:

Email ThisBlogThis!Share to TwitterShare to FacebookShare to Pinterest
Labels: hemi 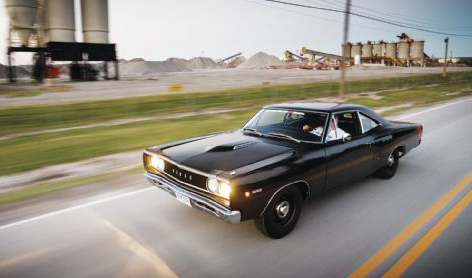 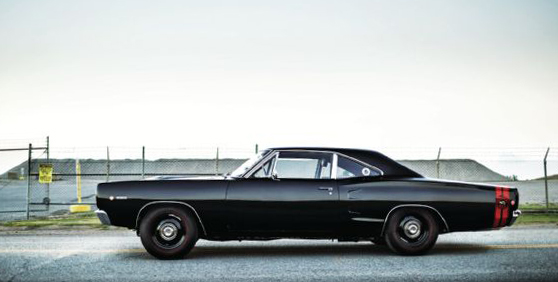 how Detroit Speed made a better looking 1969 Camaro 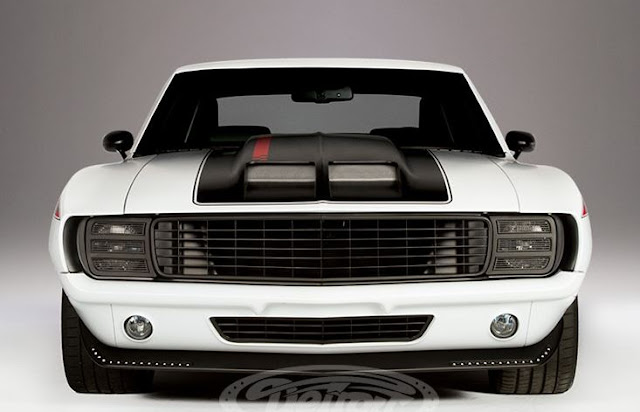 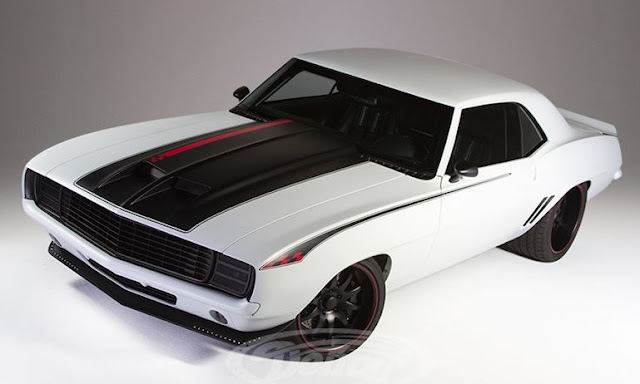 Currently filming content for their live arena events, they've also met with ITV and Netflix. So far, no one has facts on what they'll be doing this fall, but it seems clear it's going to be all three working together on a show similar to what Top Gear was, but without the BBC having any say in the content, and without censorship. Which is what fans want.

The Lad Bible's article says the BBC offered Hammond and May 4 million if they would stay with Top Gear. Offer denied. http://www.theladbible.com/articles/hammond-and-may-to-reject-huge-bbc-offer-to-start-new-netflix-show-with-clarkson

The Mirror took a gallery of photos, but didn't get an interview. http://www.mirror.co.uk/tv/tv-news/jeremy-clarkson-james-richard-hammond-5662506
at Saturday, June 06, 2015 2 comments:

Have the judges walk through the entire show on Friday and invite the top ten they find to contend for the award. Then pick the best
at Saturday, June 06, 2015 No comments:

once, when groceries were delivered by horse and cart 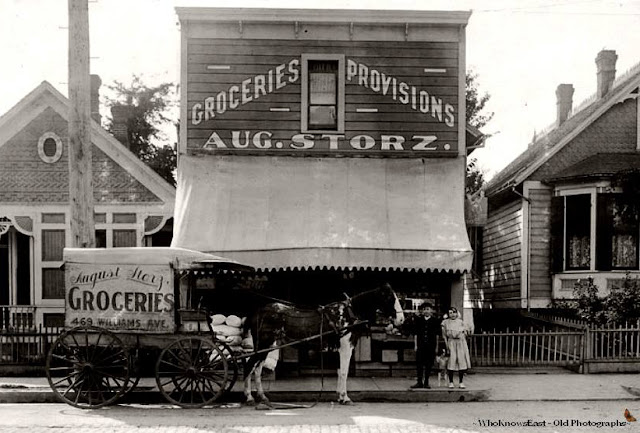 Found on https://www.facebook.com/whoknowseast1?fref=nf
at Saturday, June 06, 2015 No comments: 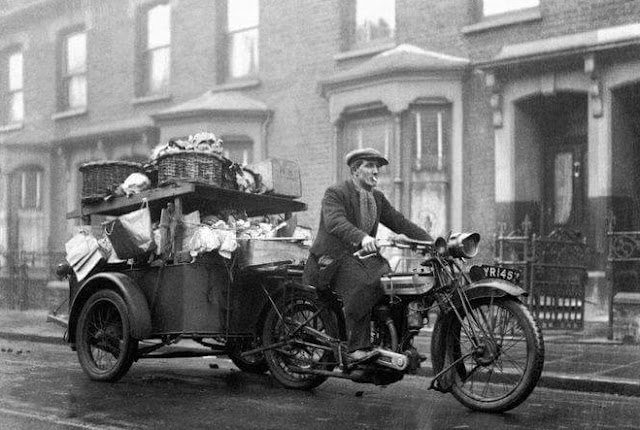 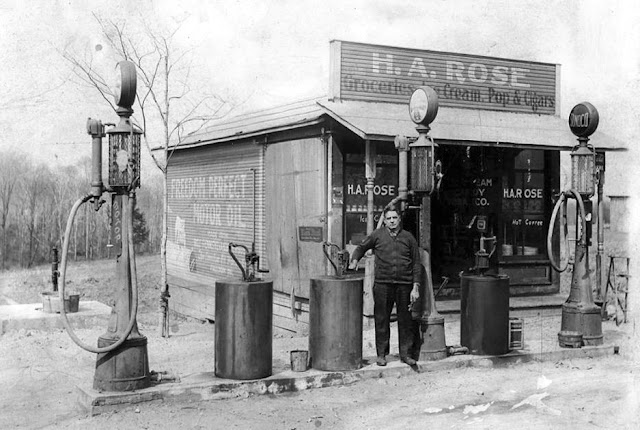 Found on https://www.facebook.com/jacksontownship.historicalpreservation?fref=photo
at Saturday, June 06, 2015 No comments:

Terrific Chevelle converted by Fantomworks for wheelchair use 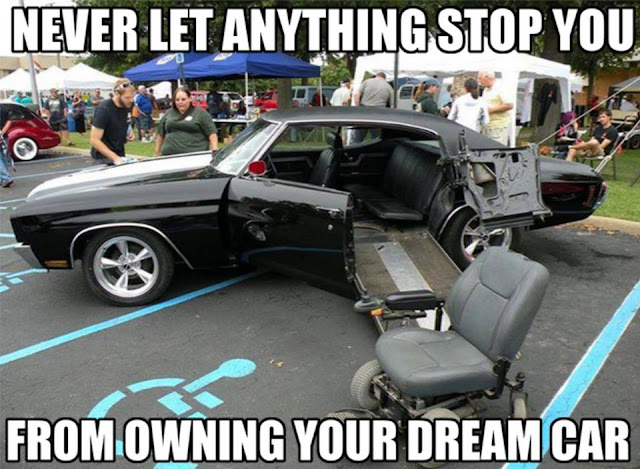 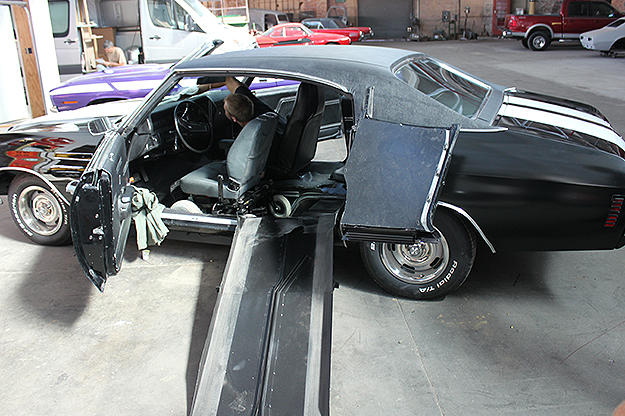 To make the Chevelle accessible, a power reverse opening third door had to be installed in order to fit both the ramp and the width of the powerchair, and this was by far the most difficult part. The mechanic struggled trying to get as much room as possible, and this door was key. There’s also a custom articulating ramp, hand-controls that use an old cable based control system to save on costs, a lowered floor and my favorite part – a genius motorized sliding table that guides the wheelchair into position once you enter. 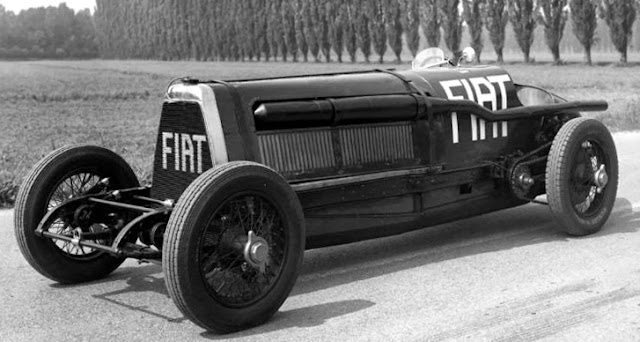 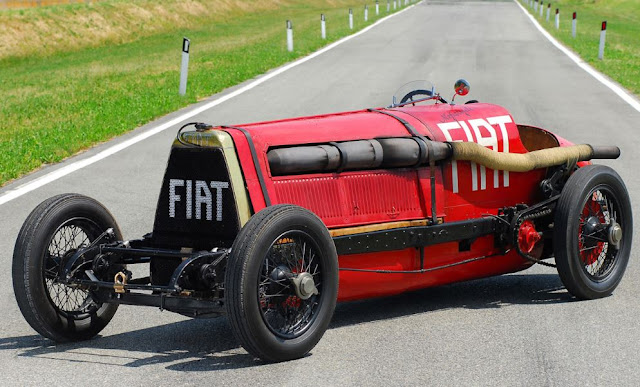 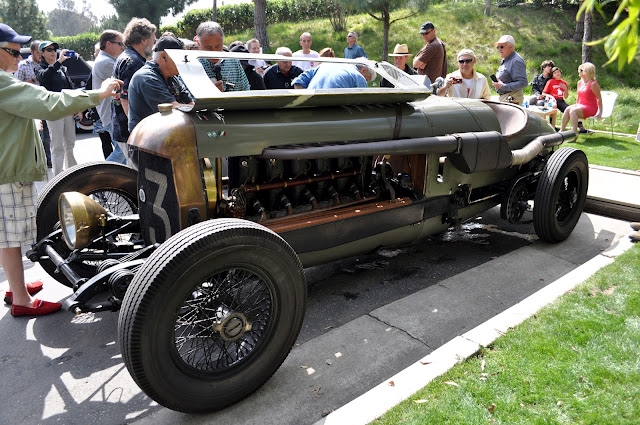 the largest engine I've heard of in a road (not drag racing) car, Mavis has a 42 liter Packard boat engine

might be the coolest thing you see all day 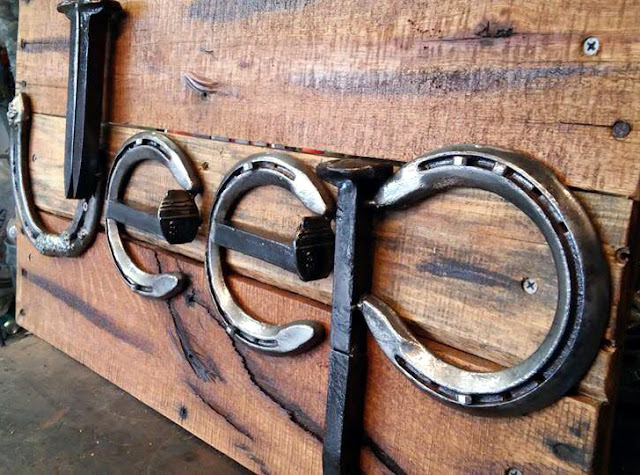 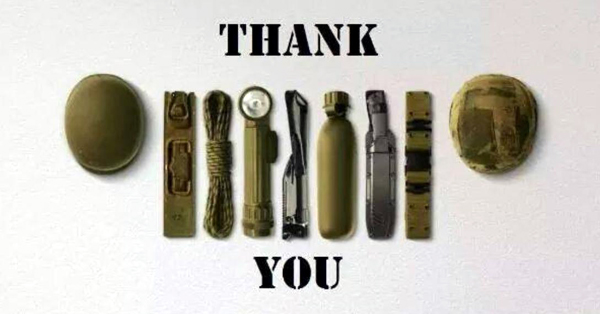