The Cannonball Compact Car Division of Nascar, 1960... so slow and boring, it only happened 3 times, from 1960 to 61. The Corvairs were so stock, they still had dealership window stickers 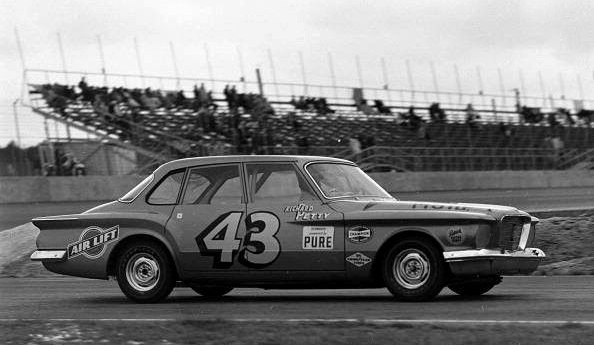 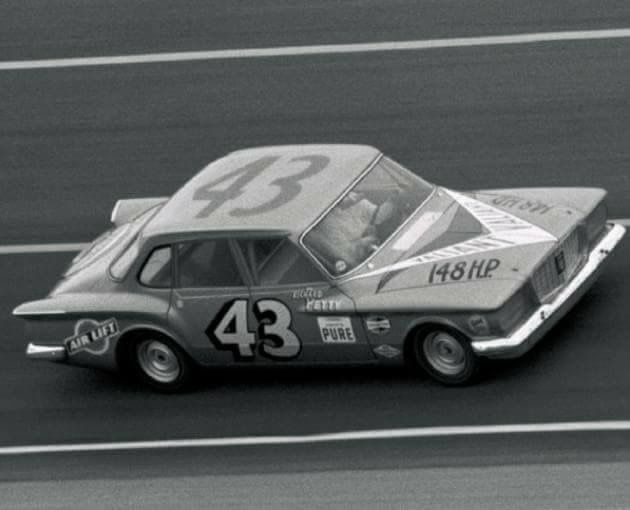 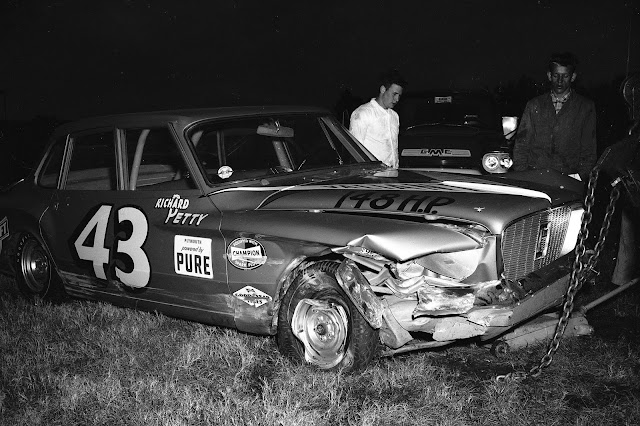 With the release of the compact 1960 Plymouth Valiant, NASCAR sanctioned a special race for the new six-cylinder compact car class, which would involve all three major automakers.

Chrysler racing engineers working in Dyno Cell 13 went to work on the 170 cu in slant six. This special group would be responsible for taking an ordinary 170 cubic inch six and making it put out extraordinary horsepower, that would earn these Chrysler racing engineers the title of most powerful and feared in-line six cylinder ever built in America.

(All they did was get 8 more horsepower, so, whoever wrote this was drunk. Notice, 140 hp stock, 148 hp after all their work)

The 170 slant six performance would be put to the test in front of millions of TV viewers.
The 1960 Plymouth Valiant was only available in a 4 door model; this was given a standard block with a set of special domed pistons for a higher compression ratio, a Racer Brown ST-21 cam, a 21" long ram intake manifold, a four-barrel Carter AFB, exhaust manifolds that dumped into a 2-1/2" o.d. outlet pipe into a bigger muffler from an Imperial. 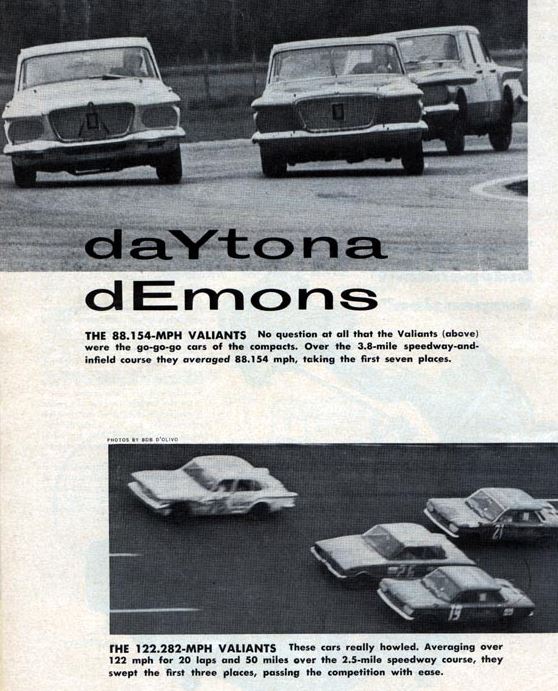 CBS aired the compact sedan races as well as the qualifying for the Daytona 500 race in a live TV special for their "sports spectacular;" it was estimated that 17 million people were watching.

Junior Johnson even qualified a Simca!

Leading the CBS broadcast was Walter Cronkite. Although he wasn't a racing analyst, he was a sports car racer himself, he competed in the 12 Hours of Sebring the previous year and having him on the broadcast would give a sense of legitimacy.  https://justacarguy.blogspot.com/2016/03/walter-cronkite-from-race-car-driver-to.html

He went on to anchor CBS's coverage of the Winter Olympics a few weeks later, and took over as anchor of CBS's Evening News in 1962.

The compact sedan race quickly turned into a dull affair (80 mph on Daytona is slow as hell to watch) as lap after lap Lee Petty managed to turn away all challenges. It was made even duller by the fact that besides his Valiant, the next 7 positions were also hyper-pak Valiants.

(Notice the writer contradicts his earlier statement that the 1st seven places were all Valiants, now, it's the 1st place with Lee Petty, and seven more Valiants.) and the disclaimer on Allpar is: (We make no guarantees regarding validity or accuracy of information, predictions, or advice -)

Notice that Zora Duntov was cited as the Chevy engineer to be tasked with upgrading the Corvairs... and said he didn't have time to make them competitive with a 4 barrel carb set up, in this caption 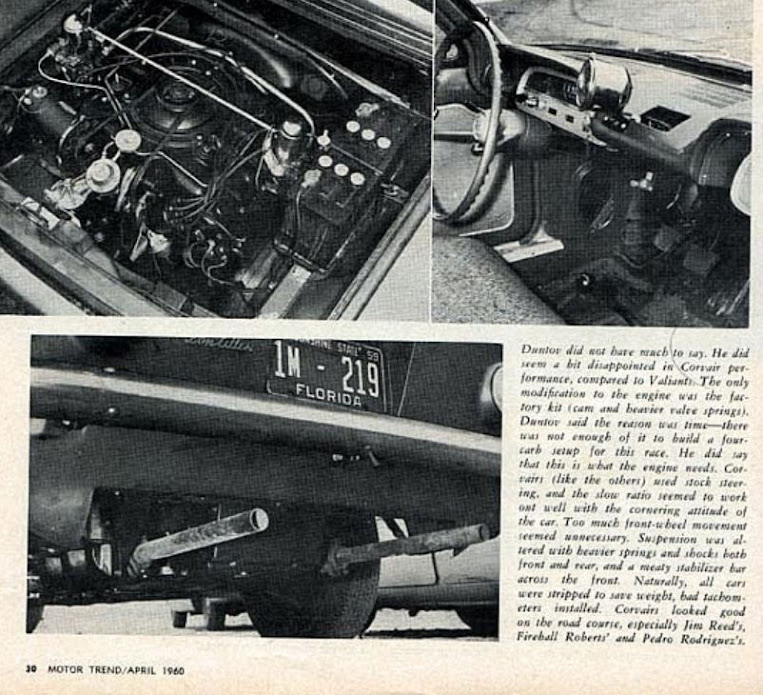 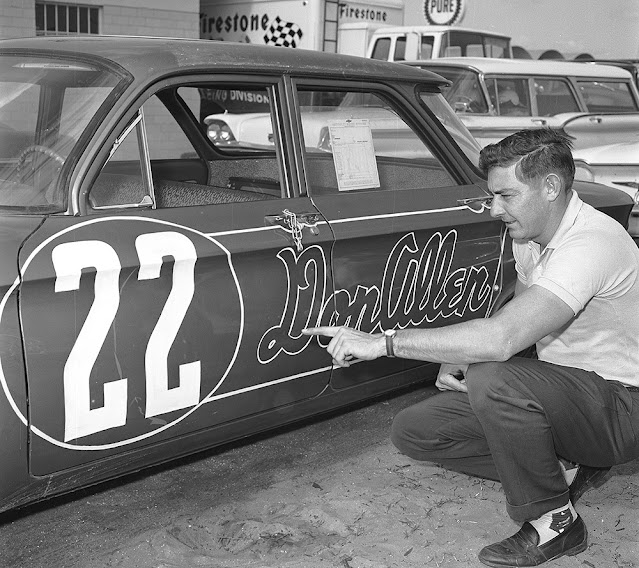 The Chevrolet Corvair Fireball Roberts raced at Daytona in 1960 was completely stock and still had the window sticker from Don Allen Chevrolet in Miami. 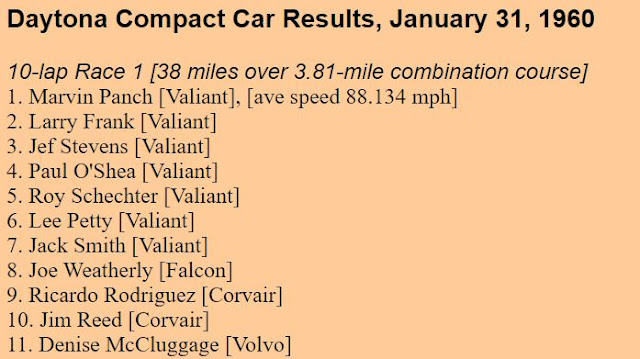