well, why doesn't someone climb up there and rescue the cat? 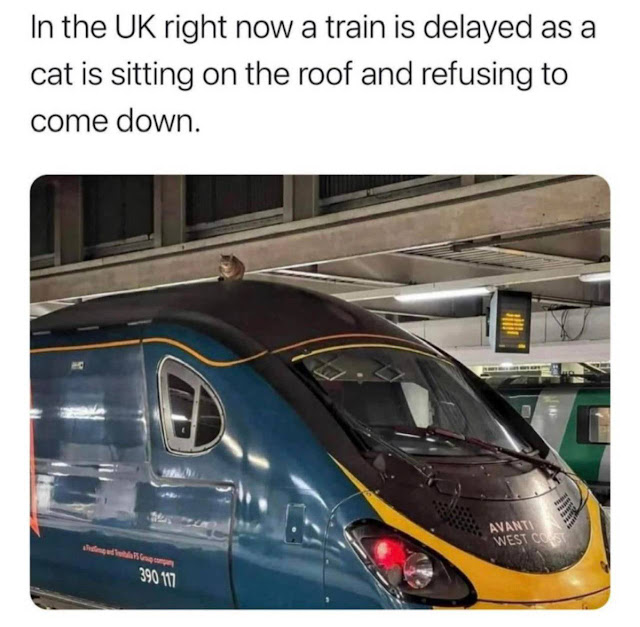 on Tuesday evening a cat was discovered on a train roof at London Euston station – a whisker away from hitching a 125mph ride up north.

The tabby was spotted curled up on top of an Avanti West Coast train about half an hour before it was due to depart for Manchester at 9pm and refused to move.

Passengers were transferred to a replacement train with only a slight delay and the train was taken out of service so staff could coax the cat down from its precarious perch, where it was perilously close to the 25,000 volt overhead lines.

After a two and a half hours, the standoff came to an end when a bin was pulled up beside the carriage, giving the animal a platform on which to disembark.

The feline appeared unbothered as it alighted the train, according to station staff, who described it as “swaggering off” into the night as though it had other places to be.