the Norgrove Railway outside of Arroyo Grande Ca, restored a Davenport Locomotive Works narrow gauge sugar cane plantation steam engine built in Iowa in 1917 and was scheduled to be shipped to France for use as a “trench train” moving men and supplies, but the war ended before the train was shipped

http://gallery.mikemassee.com/-/galleries/steam-railroading/norgrove-railway-2-6-2-davenport-trench-engine#media_f3971884-5e2f-4e3e-bde1-c6dafc67c151
The locomotive was completed by Davenport and sold to the Army, but never shipped to Europe. Some time later it wound up at the Bryon railroad, where it ran with a traction engine boiler and made to look like a scale US mainline locomotive. Despite that, the chassis was very little used with all matching serial numbers on the brasses, rods, axles, etc. when it was acquired by the present owner.
The crew at the Norgrove Railway Shops restored it to original specifications using a lot of research and drawings where available. The only 'modern' concession is the Winton steam air compressor for air brakes.
https://www.avoidingregret.com/2021/10/a-surprise-sneak-preview-of-not-yet.html 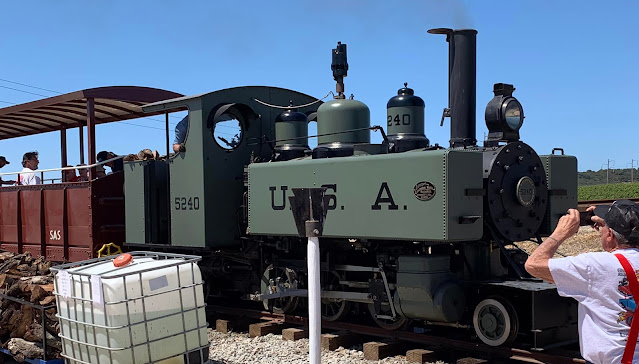 one of three known to exist, but the only one operating
https://www.trainorders.com/discussion/read.php?10,5155958
WWI 60 cm railroads:
195 locomotives were built by the Baldwin Locomotive Co. and all but five were shipped to France. The Baldwin design was not well thought of by the users in France, the side tanks when full made the locomotive decidedly top heavy and when using unballested rail near the front, often tipped over. Crushed side tanks are common in the photos from the operations in WWI. The Baldwins also required a field modification to the front truck in order to track the very tight curvature found in the 60 cm tracks in Europe. The frequent derailings made them very unpopular with the users.

Of the 80 locomotive built by Davenport and 30 built by Vulcan Iron Works none were shipped to Europe. Since the American abandoned all rolling stock sent to Europe at the end of hostilities, many of the Baldwins were reclaimed from the rail facilities and were shipped to many places in the world including Brazil, Australia, and Wales. Several had guage changes applied, usually 75 cm and one at least 100 mm (just shy of 3 feet and 40 inches). As late as 1982, 60 cm box cars were in use by a tourist railroad in France. Dunn has detailed disposition lists for the steam engines and the gas locomotives built by Baldwin for use in Europe.
Ten army posts/forts had 60 cm railroads in operation, some as late as the end of WWII. Equipment was stored across the U.S. and as far away as Oahu, HI, at the Schofield Barracks. Many of these stored locomotives and rolling stock were declared surplus and were sold to the general public or to the various states and wound up in logging operations and construction sites. A whole annex is devoted to trying to account for these locomotives. 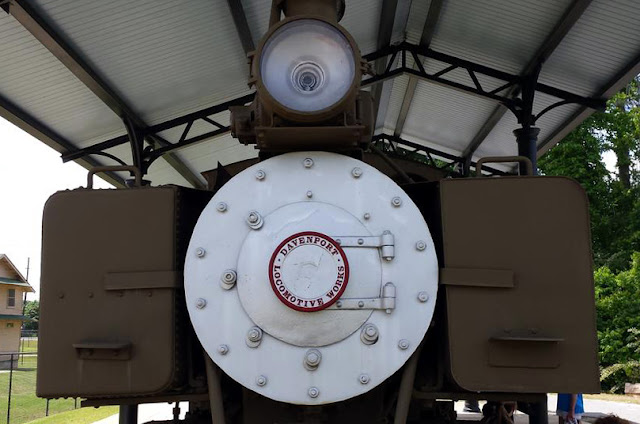 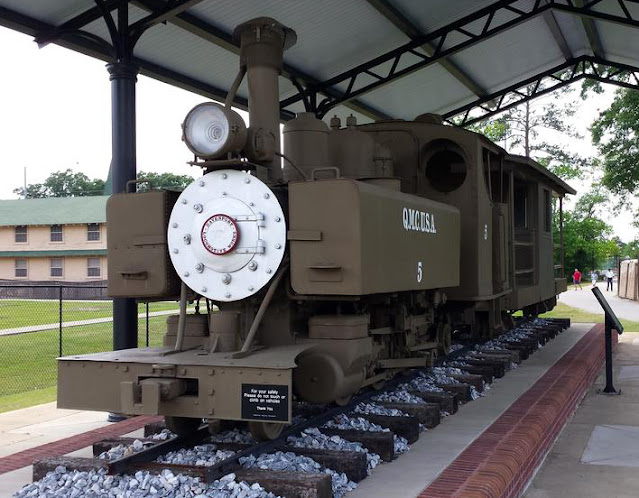 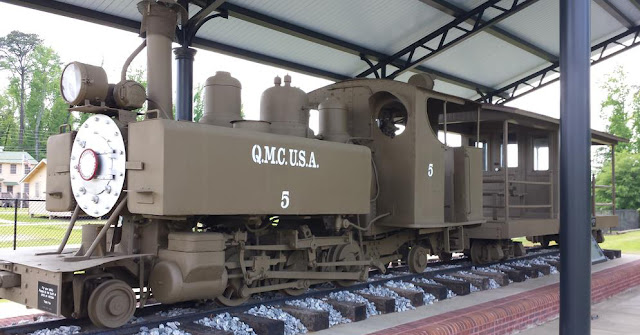 Fort Benning Georgia had, at it's high point in 1923, 20 of these little locomotives running on 27 miles of track around the facility. There was even an engine house and yard on site.
https://ogrforum.ogaugerr.com/topic/fort-benning-light-railway 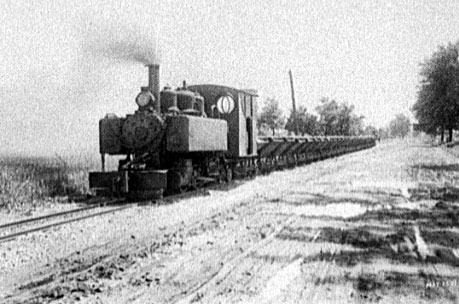 Trench railways represented military adaptation of early 20th century railway technology to the problem of keeping soldiers supplied during the static trench warfare phase of World War I. The large concentrations of soldiers and artillery at the front lines required delivery of enormous quantities of food, ammunition and fortification construction materials where transport facilities had been destroyed. Reconstruction of conventional roads (at that time rarely surfaced) and railways was too slow, and fixed facilities were attractive targets for enemy artillery. Trench railways linked the front with standard gauge railway facilities beyond the range of enemy artillery. Empty cars often carried litters returning wounded from the front.
https://military-history.fandom.com/wiki/Trench_railways
at Saturday, May 14, 2022