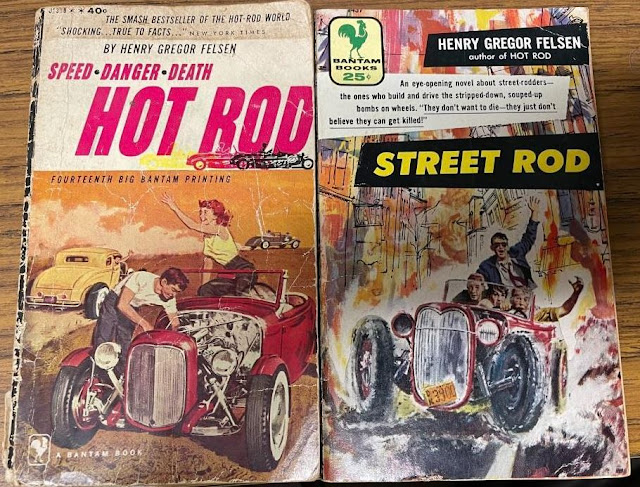 From "Street Rod" published in 1953:
"Before the splash was over the little car sank out of sight, its copper-colored wire wheels turning slowly as they sank, like little waterwheels."
Steve tells me that this was the line from Felsen that opened his mind, in 1967, 55 years ago.
That's remarkable, AND, he got to meet and talk to him at SEMA, buy a boxed set of the books (pictured below) and get them autographed 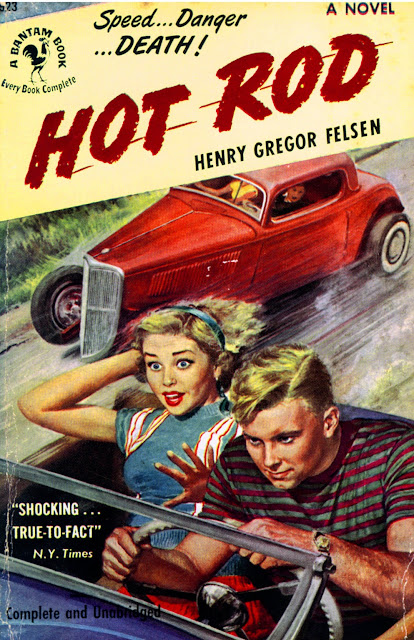 Felsen was born in Brooklyn, New York. He graduated from high school in 1933 and attended the University of Iowa for two years before dropping out due to financial difficulties. He found work in the Federal Writers’ Project, producing articles for Iowa: A Guide to the Hawkeye State in 1936.
After struggling financially during the Depression, Felsen sold nine books and hundreds of stories in his first eighteen months of full-time freelance writing in the early 1940s.
Felsen got his start writing detective stories in 1940 with Darrell Huff, an editor at Look. When Huff took a position with the David C. Cook Publishing Company, he hired Felsen as a staff writer. Felsen stayed there for eight months until his first novel, Jungle Highway (1941), was published. He spent the next 18 months as a freelance writer in New York.

After WW2 service from 1945 to 1947 with the Marine Corps, during which he wrote for, not edited, the Corps magazine The Leatherneck and also wrote magazine articles while stationed in Japan, he returned to Iowa where he lived for most of the rest of his life.
One of the books he wrote immediately after getting out of the Marines was, you guessed it, about staff writers for The Leatherneck magazine 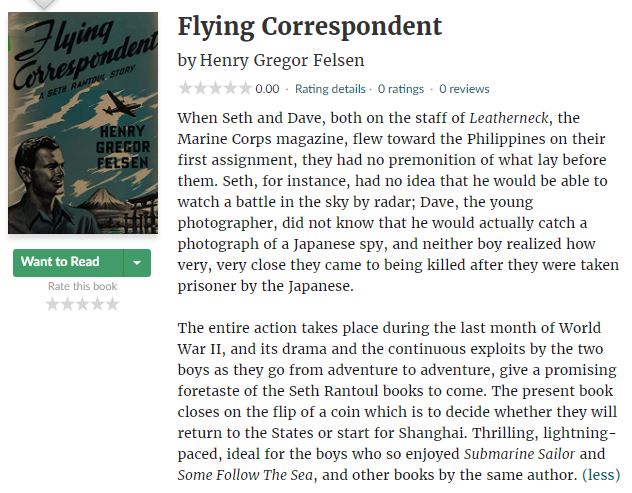 His best-selling book was Hot Rod, one of a car series that also included Street Rod and Crash Club and sold about eight million copies, and was on the best sellers list for 27 years. He wrote about 60 books, many of them moralistically exploring the evils of drugs, sexism and racism. His stories appeared regularly in Colliers.
Even though his books were about young men, fast cars, and girlfriends, Felsen used many of them to moralistically explore the evils of drug abuse, sexism, and racism. He claimed that "I was years ahead of my time to approach and explore these topics in literature aimed at the young reader. "The car series also appealed to young readers because it realistically paralleled the car culture of the 1950s and the craze of "hot rodding." The realism in his writing was also evident in the unhappy endings and heroes who were often rebels. Felsen's books reflected the morals, values, and prejudices of the time.
“Hot Rod,” whose protagonist helped define the timeless image of teenage rebellion and the car culture of the 1950s before James Dean made it famous, was one in a series that included “Street Rod,” “Rag Top,” “Fever Heat” and “Crash”.
Stephen King, when interviewed for an article called Reading While Famous, cited Hot Rod and its “desperate, fallingdown-stairs urgency” as one of the four books that influenced him most as a writer.
He actually used Hot Rod and Henry Gregor Felsen as a book Ben Hanscom was reading in the book "It."
He taught part-time at Drake University from 1964 to 1969. From 1964 to 1969 Felsen taught part-time at Drake University. He received criticism for his unorthodox teaching methods. He neither gave exams nor assigned books for class, and he refused to fail any student.
In 1977 he left Idaho to move to Vermont and later lived in Michigan. Felsen spent much of the last two decades of his life traveling. 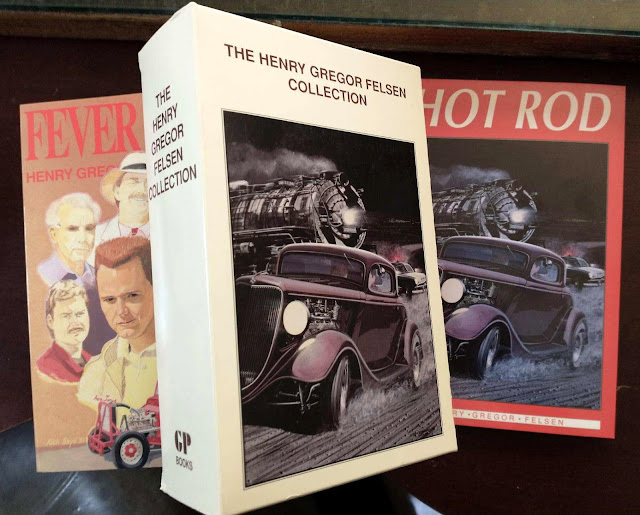 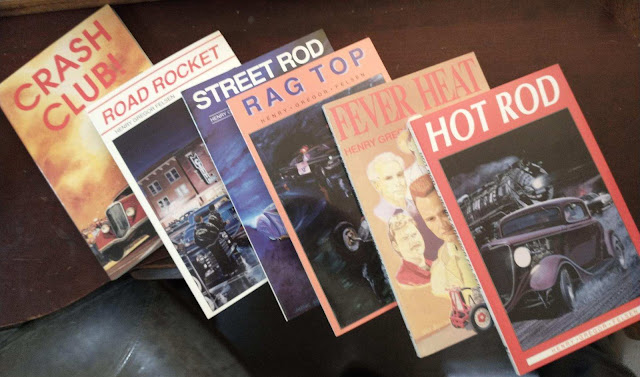 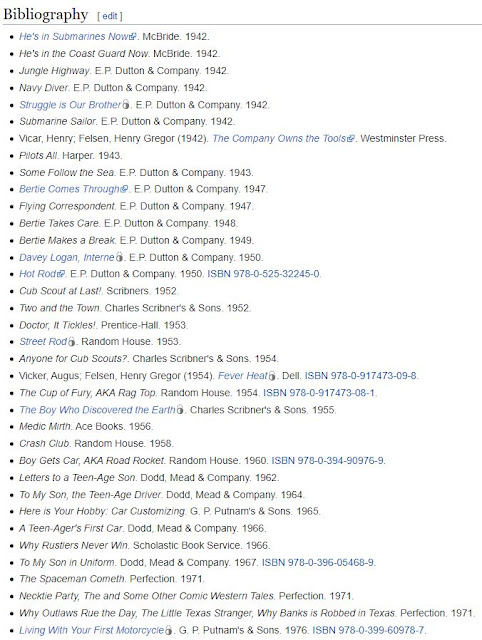 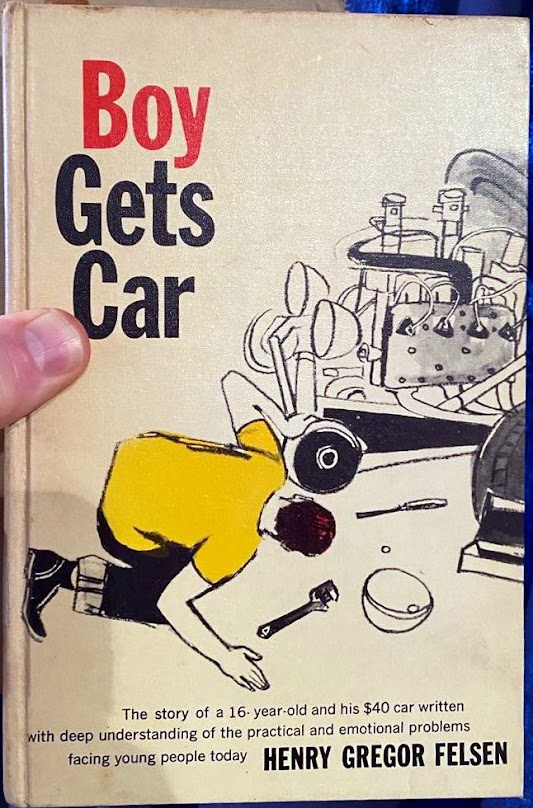 He had some articles in a lot of magazines, here is what Colliers has: 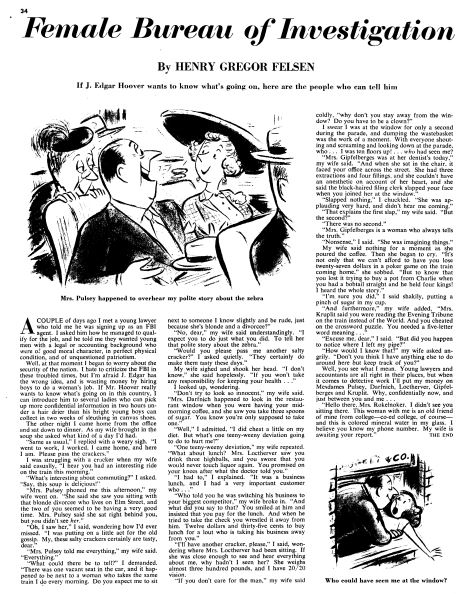 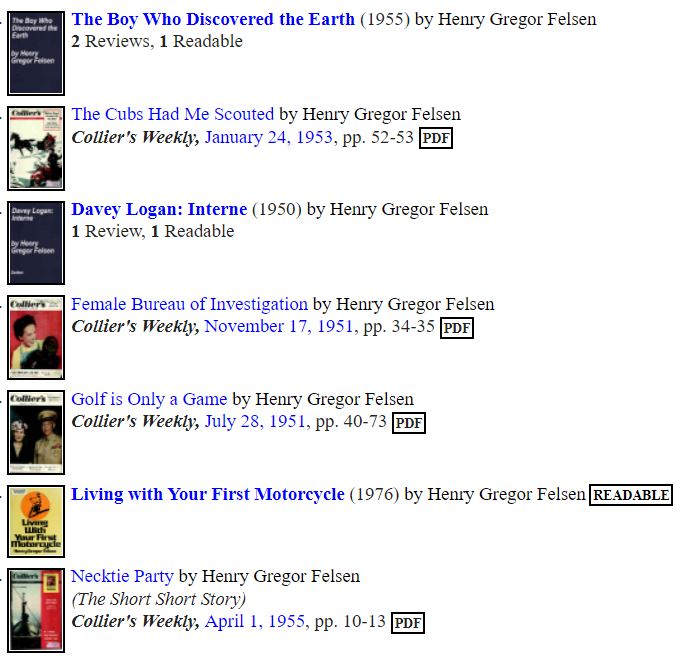 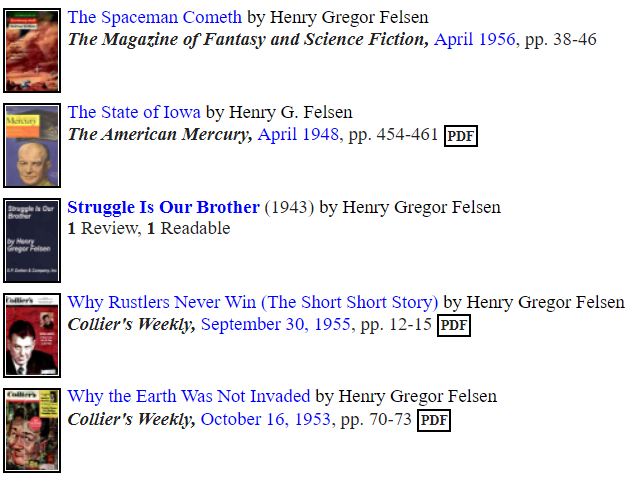 If you click on https://www.unz.com/print/author/FelsenHenryGregor/ you can see the above 13 selections, and click on the links to see if they are available online, some aren't 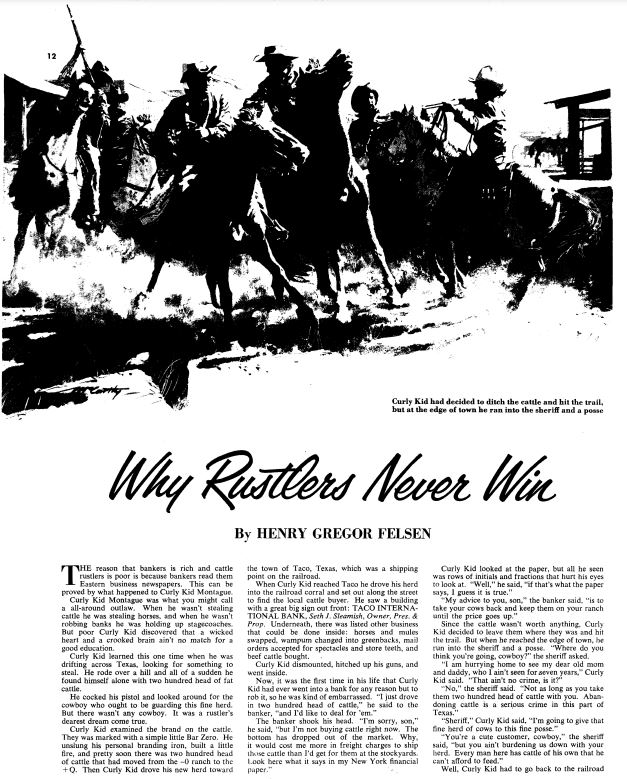 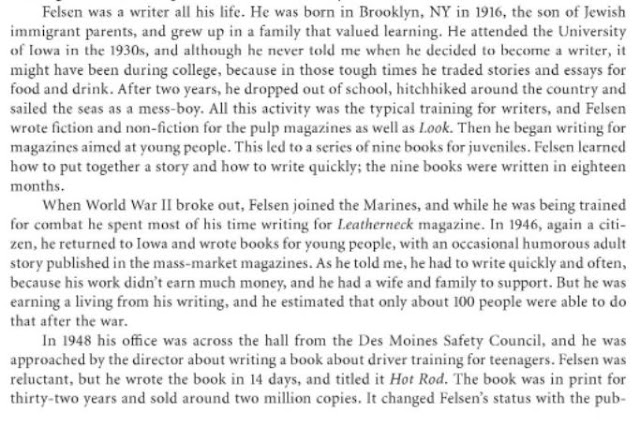 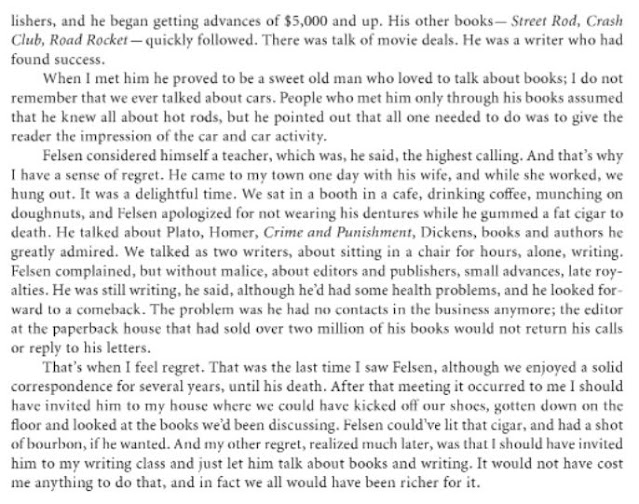 the age of Hot Rods, Albert Drake
http://iowahistoryjournal.com/publishers-perspective-volume-7-issue-5-car-show-pays-tribute-hot-rod-author-felsen/
https://marines.togetherweserved.com/usmc/servlet/tws.webapp.WebApp?cmd=PublicUnit&type=Unit&ID=11070
https://www.goodreads.com/book/show/57271693-flying-correspondent
http://revenantrt.blogspot.com/2013/06/my-generation-first-read.html
https://prabook.com/web/henry.felsen/3753833
http://aspace.lib.uiowa.edu/repositories/2/resources/556
https://forums.aaca.org/topic/376700-henry-gregor-felsen/
http://www.sandiegoearlyfordv8club.org/FF%20Sep%202014.pdf
https://www.unz.com/print/Colliers-1951nov17-00034/
How cool is that? Steve met him, got an autographed set of the books!
Steve says the line was long, but Felsen took the time to talk with everyone, and answered all their questions
at Sunday, May 08, 2022