I'm going to take a moment to thank Phil Sleeman for sponsoring my little league baseball team, way back in 1978 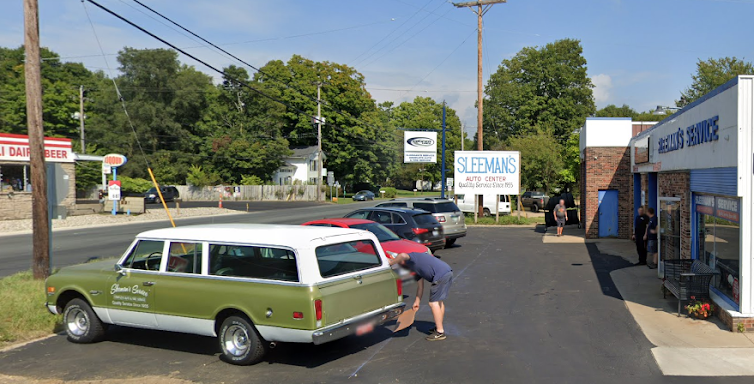 because not only are they still in business at the intersection of Douglas Ave and D Ave West, just South of Plainwell Mi, they have this cool Suburban out front to advertise with!
Notice the sign, Quality Service since 1955. His sons Steve and Mike run the business now, and it's history was something I just learned from the obit.
Here's what I have of my little league shirt from the late 70s, to remember those fun games. 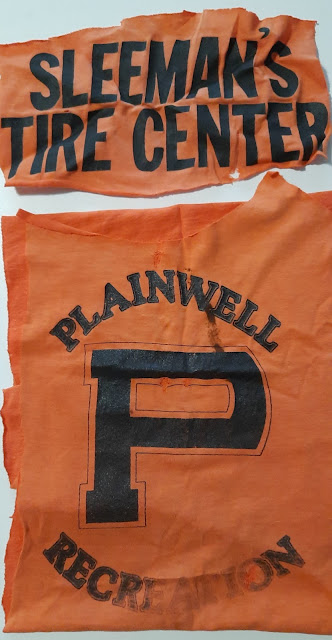 and here is my sister wearing hers, and yes, that is me next to her, yes, that's mom's lava lamp.
The boys shirts were orange, the girls shirts were yellow 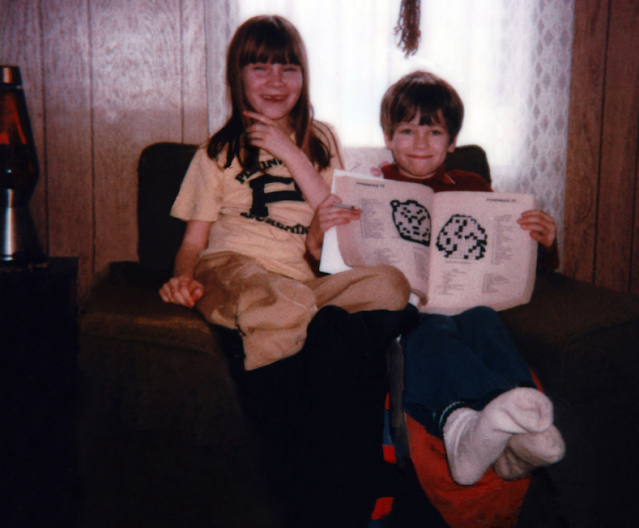 things you learn while researching, aren't always great news, but very informative:
Philip Sleeman, was 88 when he died Jan. 2011 in Kalamazoo.
Philip Sleeman was born on August 20, 1923 to Sidney and Una Sleeman on the 76-acre farm in Cooper that his grandfather purchased in 1908 after emigrating from Canada.

Sleeman's passion from a young age was farming, which he continued at least part-time with the help of his children until he was 80. Active as a member and leader in 4-H for many years, one of his proudest moments was showing his champion steer under the Michigan State football stadium's goal posts and being awarded a $50 scholarship to the school.

Sleeman worked for Carlton Equipment before taking a sales job with Farm Bureau Services selling farm equipment throughout southwestern Michigan, moving up to a sales manager position.
In 1955, he purchased a service station with his brother in downtown Cooper, naming it Sleeman's Service. Shortly after, his brother decided to return to college, leaving Phil Sleeman to operate and expand the business until his retirement in 1981.

Sleeman served as a 4-H leader for many years, a Cooper Township trustee for 16 years and was an active member and leader of Cooper Congregational Church.