in 1929, the aerobatic team named the "Nine High Hats" performed at the National Air Races (NAR) in Cleveland, OH. They were the original group that preceeded all others in the Navy for formation precision flying, which the Blue Angels have done for so long 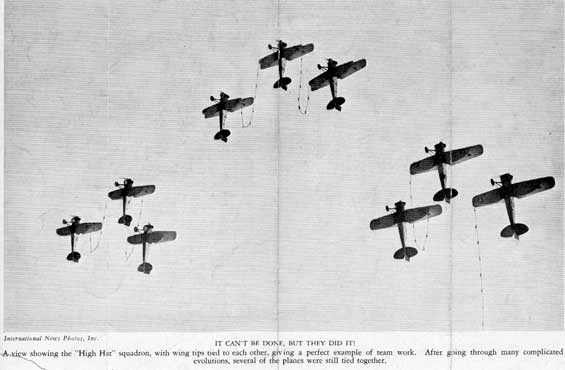 So, of course, you're familiar enough with aerial acrobatic teams, the Blue Angels, the Thunderbirds, and maybe you have even seen the Snowbirds... but none of them ever connected the planes together from wing tip to wing tip... the High Hats did.
The Charleston (WV) Gazette of Sunday, August 25, 1929 carried a syndicated article describing the "Nine High Hats." One of their sensational feats was all nine aircraft performing loops in three sections while each section was tied together at their wingtips by 3/4" ropes 400 feet long. 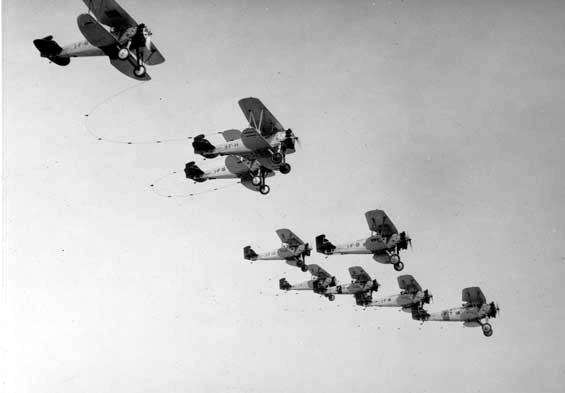 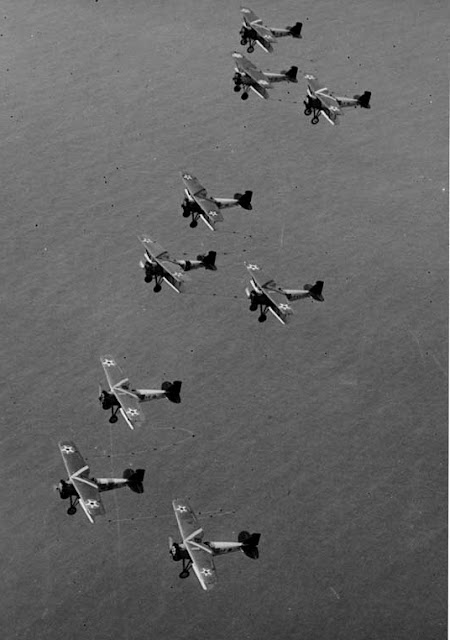 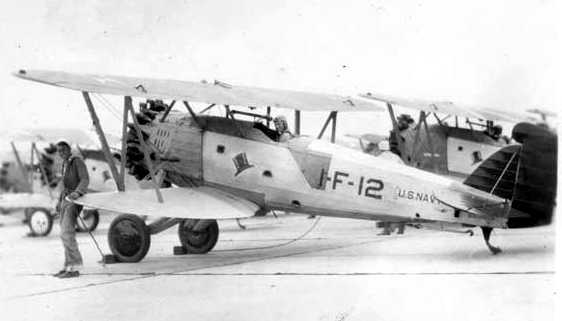 The Navy's aerobatic team named the "Nine High Hats" came through Tucson, as the entire team of nine pilots and their Boeing F2B aircraft are signed into the Tucson Register on August 19th on their way to Cleveland, OH to participate in the 1929 National Air Races.
the San Antonio, TX Express of Thursday, August 22, 1929, mentioned them stopping for fuel... they also stopped at Kansas City  and Muskogee.
The entourage consisted of the High Hats as well as support aircraft and pilots and aircraft sent cross-country to compete in other events at the NAR.
Lindbergh performed with the High Hat stunt fliers at the Cleveland exposition in April of 1929.
the “High Hats” squadron performed stunt work for Clark Gable’s 1931 movie Hell Divers.
https://dmairfield.org/Collections/McMullen%20Collection/index.html
https://dmairfield.org/people/wick_ho/index.html
https://photos.usni.org/content/3160705png
https://encyclopediaofarkansas.net/entries/john-smith-thach-1780/
After the National Air Races, their history is a lot more than I want to go into, but, I do want to lay out their history up to this point... :
June 15, 1920 saw the establishment of the first numbered squadron in the ‘Tophatters’ lineage — Torpedo Plane Squadron Five (VT-5) flying both Martin MT and Curtiss R-6L torpedo bombers. Two more identity changes took place in 1921 and on July 1, 1922 the squadron became VF-1 — the VF designation then denoting a ‘Fighting Plane Squadron’. Different aircraft types passed through their hands, though it was with Curtiss TS-1 fighters that the squadron conducted deck qualifications aboard the US Navy’s first aircraft carrier, USS Langley (CV 1), in August 1925.

The unit became VF-1B on July 1, 1927; the ‘B’ suffix indicated that it was assigned to the Battle Fleet — the main US Fleet formation in the Pacific region. The Boeing FB-5 fighters used at the time were problematic; in particular the reliability of the engine, and squadron morale was reportedly low. The then commanding officer LCDR Gerald F. ‘Gerry’ Bogan designed a new insignia in the form of a high hat (top hat) to promote an air of‘being the best’ in a bid to boost esprit de corps. The ‘High Hats’ nickname slowly came into use as the hat motifwas applied to the aircraft.

The squadron moved to the light bombing role in 1934 and this led to VF-1B being re-designated on July 1, 1934 as ‘Bombing Two’, or VB-2B. This lasted exactly three years until the ‘High Hats’ became VB-3, following a directive that squadron identifiers match the hull number of their assigned carrier — in their case USS Saratoga (CV 3).
https://www.keymilitary.com/article/tophatters-100
Thank you Eddie!
at Monday, May 09, 2022