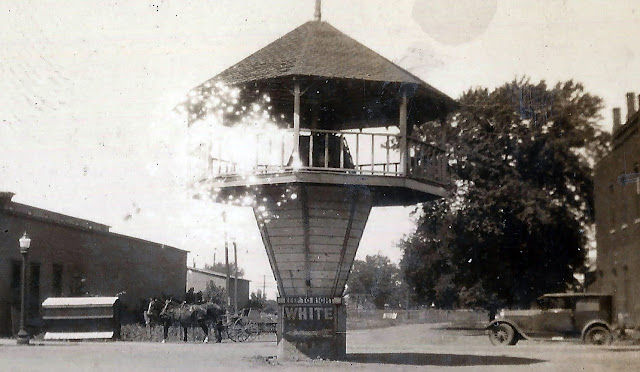 The Flag Pole was erected in November 1917 and was paid for by donations from the community. Elsewhere in the photos on this site is a picture of the flag pole on what was either the dedication of it, or armistice day in 1918, but I'm not sure which yet. The Bandstand was built around the flag pole in the summer of 1919 and was paid for by the Dexter Commmunity Club. Roy Curtis drew up the plans and it was constructed by Jack Williams.
the word White, and the arrow, indicate the direction to another town
In 1931 the state of Iowa passed laws concerning beautifcation and obstruction of roadways within the state. This law meant the removal of many such flag poles and bandstands in most communities across Iowa (one still stands in Milo but it was not on a main highway so was spared). The Bandstand was removed from the middle of the street in 1932. 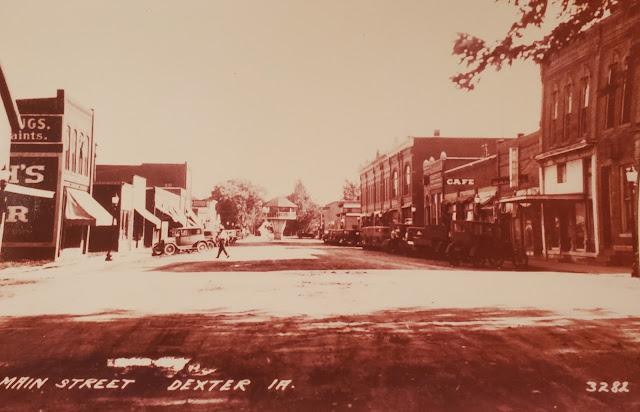 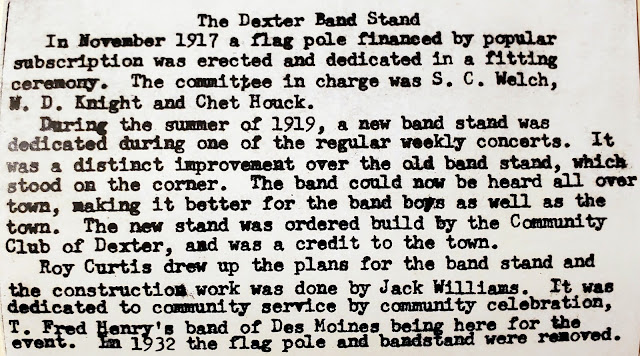