"just pull that vehicle in behind me" 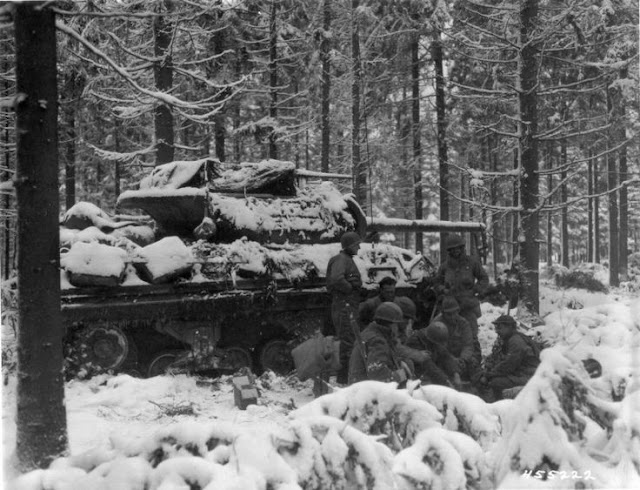 As Christmas 1944 approached, the American forces in the Ardennes Forest were still in disarray and struggling to hold back the German onslaught.

Versions of the story vary, but what is known is that retreating armor came upon a lone infantryman of the 325th Glider Infantry Regiment digging a foxhole.

He was scruffy, dirty, and battle-hardened. When he realized the retreating armor were looking for a safe place, he told them, “Well buddy, just pull that vehicle in behind me. I’m the 82nd Airborne and this is as far as the bastards are going.”

They would indeed hold the line before driving the Germans back over the next several weeks.

For more true hero stories, both military and civilian: http://justacarguy.blogspot.com/search/label/hero
at Wednesday, June 22, 2016