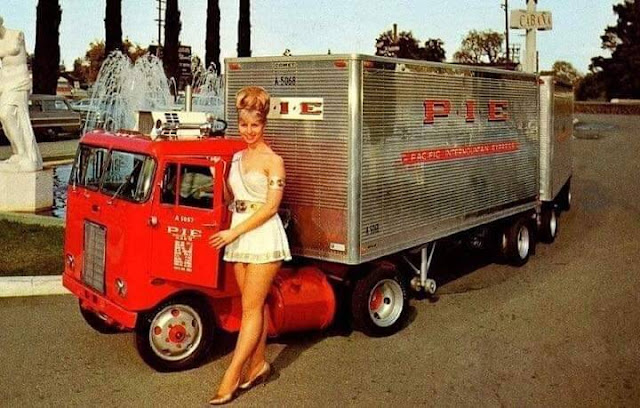 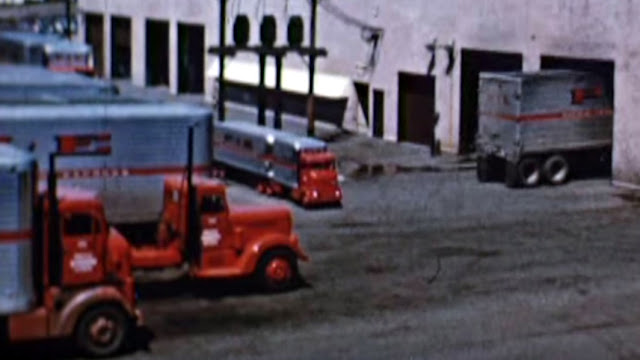 Steve noticed this little Mighty Mite in the video I posted today http://justacarguy.blogspot.com/2016/06/wheels-of-progress-cool-old-50s-movie.html 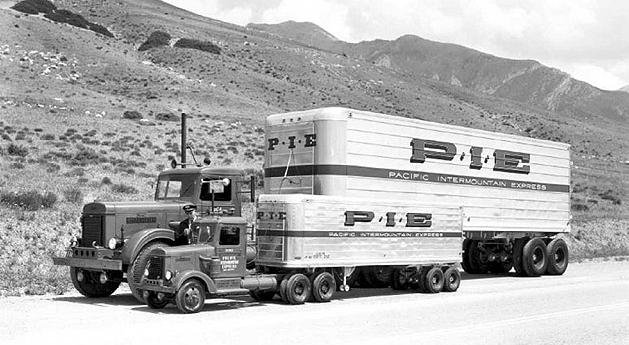 This was the second incarnation of a Peterbilt-built vehicle that started off as a 1/2 scale 1947 Model 344 was actually built by PIE to honor Peterbilts' contribution to PIE, as the majority of PIE trucks at the time were Petes.

The 47 was built in the PIE shop in Salt Lake City and served as am ambassador for PIE and Peterebilt until the early 50's. In 1952, the 47 Conventional was put up for sale by PIE, fortunately there were no takers so PIE had Peterbilt make modifications to the 47 Conventional. Peterbilt lengthened the chassis keeping the original drive train, built a 1/2 scale Peterbilt 350 and added a drom unit to represent the current PIE configuration of truck and trailer. Latter, this same truck would go through another configuration with removal of the drom unit and lengthening of the cab by addition of a mock sleeper (this to give the driver of these small units more room).

The Mighty Mite is a half-scale model of the standard twin trailer linehaul truck used by Southeastern Freight Lines. It was custom built in 1965 to tour the US in the promotion of highway safety. The Mighty Mite is the second of two units built by Peterbilt. The first miniature truck was built in 1947 and is currently owned by Allen Koenig, President and CEO of Midwest Specialized Transportation.

The tractor and two trailers of the Mighty Mite are 32 feet, 6 inches long, 4 feet wide, and 6 feet 6.5 inches high. The unit is fitted with a Mercedes-Benz diesel engine with a top speed of 60 mph. Ninety-five percent of the Mighty Mite’s parts are exactly half scale and must be handmade, therefore costing twice as much as a standard SEFL rig. The two trailers combined have one-eighth the volume of a standard set of twins. Each of the two trailers can carry 5,000 lbs. 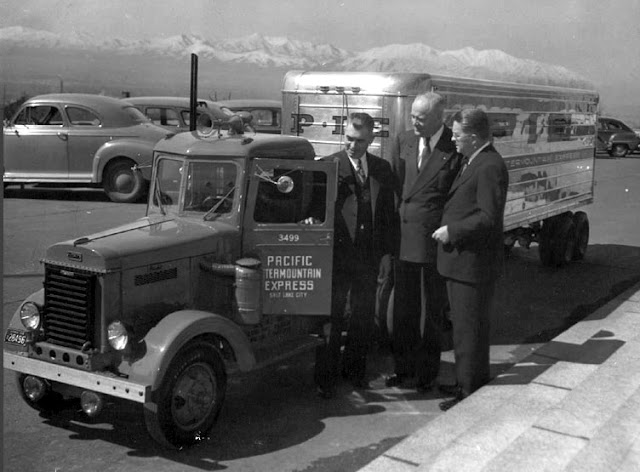 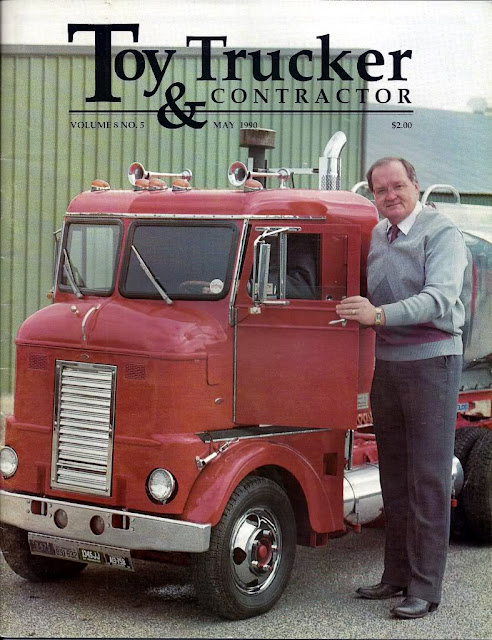