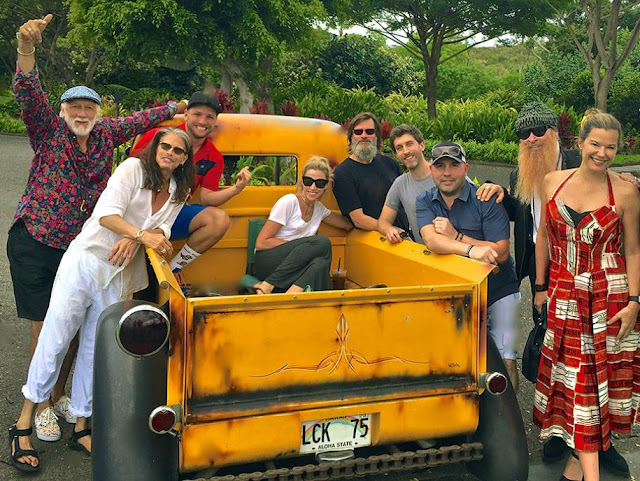 Steven Tyler has one oddly posed right foot that is distracting

Yes, that is Jim Carrey, I'm glad to see he's getting out and having fun, after that Cars n Coffee episode with Seinfeld, I was concerned he was depressed etc. After Robin Williams and Richard Jeni, there's reason to be concerned about extreme extrovert comedians

Not sure what to make of the license plate, a guitar reference I suppose, maybe to the self titled 1975 album from Fleetwood Mac?