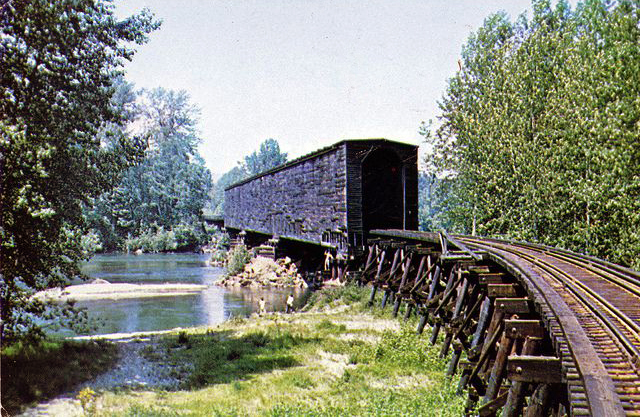 The covered span was replaced in 1969 by the steel bridge, which was later abandoned by the Milwaukee Road. The tracks were last used in the 1970s, said Bob Wieneke, 67, a lifelong Monroe resident who attended last week’s demolition.

After the abandonment, the line fell to other private owners, but the history is unclear.

“No one knows who really owns it,” said Bill Sayer, the vice president of aggregates for Cadman, which operates quarries in the area and is paying for the demolition as the ostensible owner of the span. 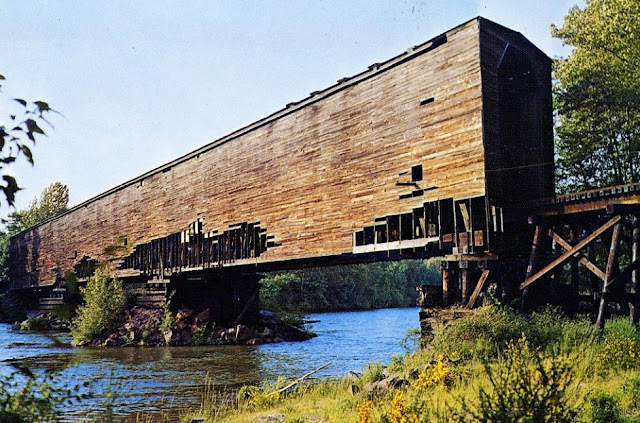 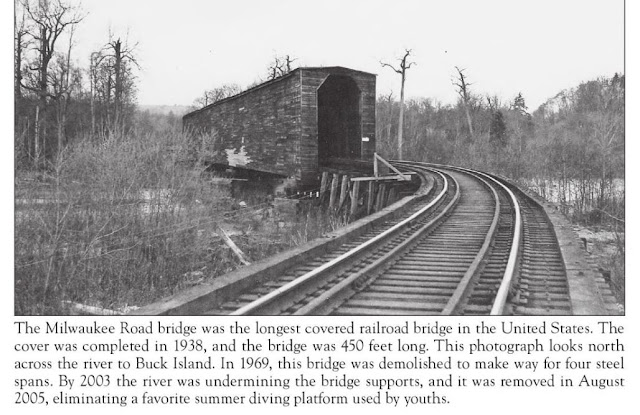