thieves broke into Orlando Classic Cars early Monday and made off with an $85,000 1962 Chevrolet Corvette “Fuelie”, and 18 others, 9 have been recovered so far 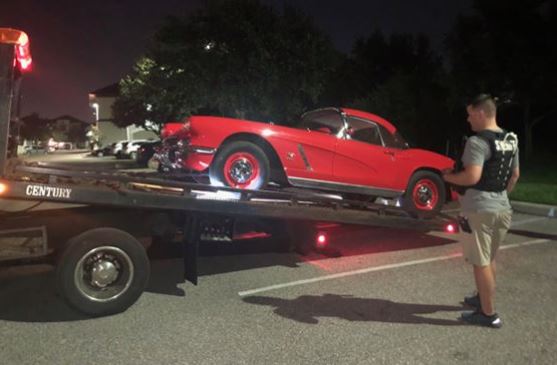 some were found abandoned in nearby apartment complex parking lots.

like I mentioned in an earlier post today, dealerships have little to no security, relying instead on Lo Jack type devices that are easily found and removed instead.

Looks like car thieves are going to be busier than police beating on protestors, instead of doing something about actual looters, vandals, and car thieves. You know, it's very similar to PETA types who harrass rich old ladies in furs, instead or biker gangs in leather jackets and chaps, they want to be assholes to someone, but not someone who's going to fight back. Hence, police beating on protestors, lawfully exercising the 1st amendment right to assemble to redress grievances against the government, local, state, or federal.

Sure lots of protesters are not having a kumbayah quiet sing a long, or politely taking a knee during the national anthem like Colin Kaepernick did (and what a lot of bitching that got in response) to raise awareness of police brutality towards black Americans,  however, did you know that due to police focusing on upping their hatred towards blacks, even the Mennonites have come to protests?

Frankly, you're going to get the news to tell you what you want to hear, if that's death and destruction, well, all the mass media lead with that. If it's good news, you'll already be watching Some Good News with John Krasinski.

So, don't be surprised to find that you never hear about the peaceful protests, they DON"T get the ratings that the death and destruction riots do. That's been a fact for decades.

Also, you won't hear about the National Guard killing 4 college students with 68 round of ammo from shotguns, rifles and pistols. Wounded another 9. Because that's history, 50 years ago, Kent State.

So, when the police are killing people like George Floyd, you might not hear about how Amy Cooper tried very convincingly to get police to arrest another black man, knowing that her acting out was intentionally jeopardizing his life, as NYPD are well known to kill black men.

so, that's how easy it is to set up someone to be arrested for asking a white hysterical but devious white woman to put her dog on a leash.

I shit you not. You might not be getting the news that ought to be alerting you to the world you live in, where Mennonites protest police brutality, and white women motivate police to assault bird watching black men in Central Park. It's a fucked up world we live in, where slavery still exists, and no one cares or does a thing about it https://www.theatlantic.com/magazine/archive/2017/06/lolas-story/524490/ or where National Guard kill unarmed college students, (Kent State) and perjured themselves in court, and got away with it.

The world is not going to tell you the truth most of the time, examples, a sheet of paper has 6 sides, lasagna is spaghetti cake, and the 538 electoral college members are the only people who decide who wins the presidency, and they are political appointees of corrupt politicians who took their money to get elected to congress. The govt can instantly mobilize police with unlimited supplies like vans, teargas, and rubber bullets to harass and break up protests, but not stop a pandemic it learns of with 2 months notice, nor supply hospitals with masks and ventilators to save lives. To simplify, I mean the cops get equipped like soldiers, to fuck with protesters, but don't stop looters and rioters from stealing 80 cars from ONE dealership, and the govt can't or won't equip doctors and nurses to save their lives, and their patients.

Los Angeles pays out 80 million a year in lawsuit settlements where it's conditional upon the plaintiff to agree that the city isn't accepting responsibility for police actions, because of police murdering innocent unarmed people who were guilty of being black. 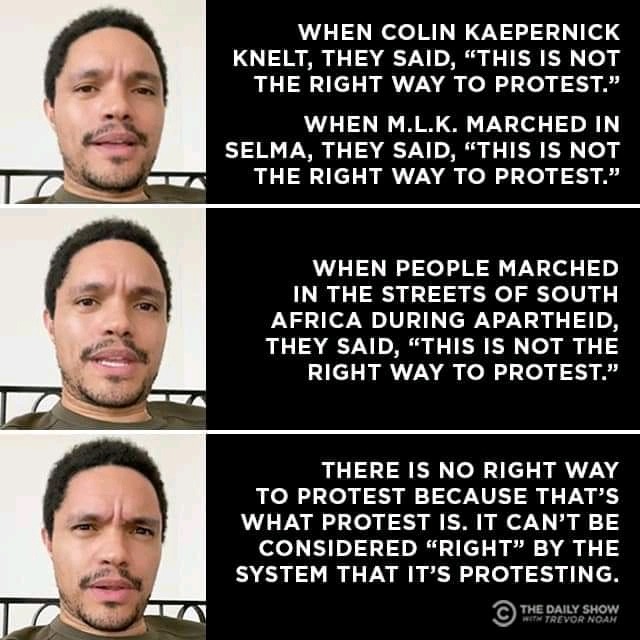 remember this, bring a lawyer with you to the protest. In a wheelchair. You'll see that they'll get ignored by police. Better than that, bring your mayor and city council members 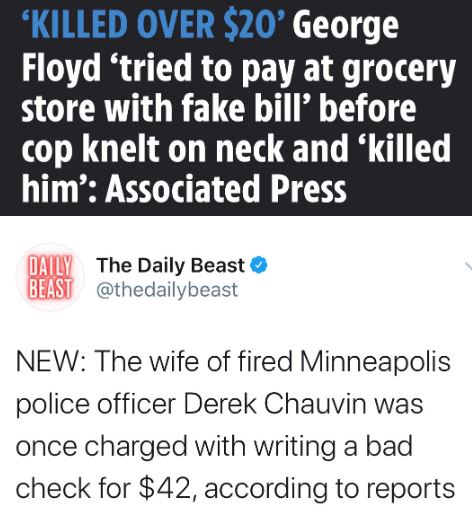