"Fellowship of the Bellows" (for More Air Force) to collect "funds through fun" for assisting the (WW2) war effort, by paying for airplanes to fight the Germans, was conceived at in a bar, in Oct 1940 (Thank you Steve!) 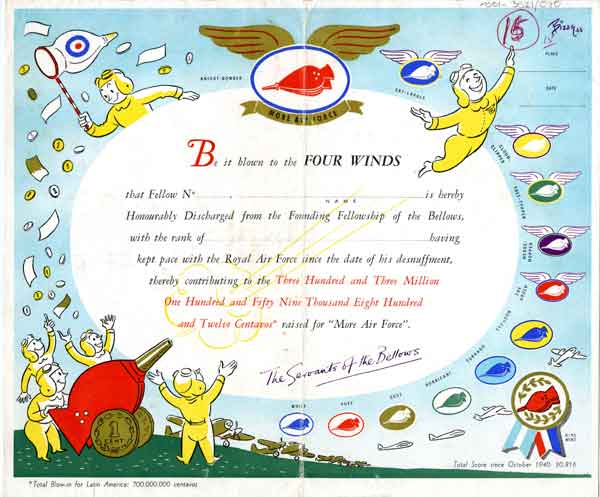 The RAF was chosen as the beneficiary because at that time the 4 volunteers from Argentina had enrolled in the RAF; with losses already having been suffered, it was an emotive matter in the local community. 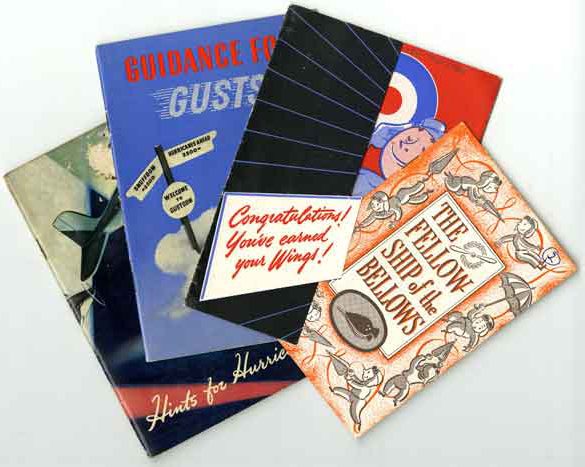 The meeting appointed them as a committee of "Servants", and the "Fellowship of the Bellows" (for More Air Force) took off. The "Servants" consisted of the High Wind (what he says blows), who gathered round him: Secretaries – the Whirlwinds (always in a flap); Cashier – Receiver of Windfalls; Treasurer – Keeper of the Windbag; and a Lady Member – The Windlass (very easy on the air).

The concept spread and from the start employed British humour and advertising copy-writing skills, with plays on words. The pressing need at that time was for MORE AIR FORCE, so clearly BELLOWS were needed to increase the AIR FORCE; thousands of BELLOWS to RAISE THE WIND. The funds raised were sent to the Ministry of Aircraft Production. 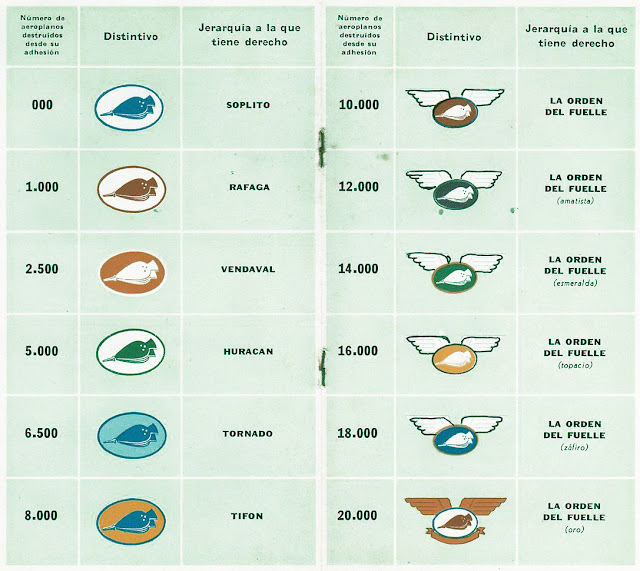 Upon joining one was issued with an official booklet which contained: information on how the fellowship worked;
how to make the salute for greeting "fellow bellows" (upward spiral motion of first finger of right hand depicting an eddy of wind);
a chart on the back page for monitoring one's own progress towards promotion.

The Fellows were encouraged to continue to contribute because after 1,000 planes had been certified by the Air Ministry and paid for, the Fellow was promoted from PUFF (Soplito) to GUST (Rafaga) and given another distinctive badge. 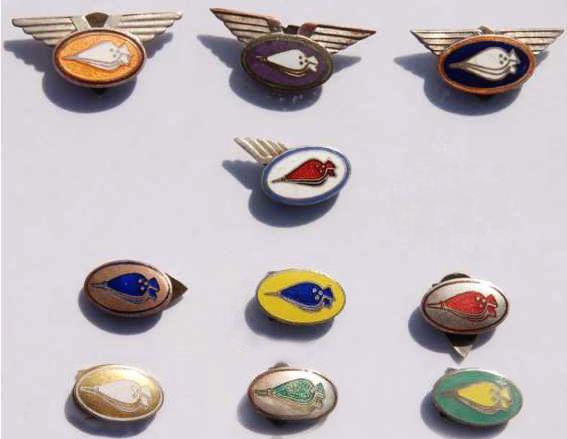 With each promotion, a further distinctive badge was issued. 10,000 planes downed and paid for entitled Fellows to obtain the honour: THE ORDER OF THE BELLOWS and were given their wings; wings were added to a special badge depicting a bellows. It was a further masterstroke that the incentive of promotion encouraged continuing monthly payments.

The first Bellows plane took to the air labelled BELLOW ARGENTINA No. 1 in March 1941 after only 4½ months. Plane after plane was added, and in July 1942, 263 Squadron took delivery of 20 Westland Whirlwind fighters and the squadron adopted the nickname "Fellowship of the Bellows".

On 30 December 1940 Time magazine published an article entitled "Whiffs, Puffs and Snuffs" about to the Fellowship.
at Monday, June 01, 2020