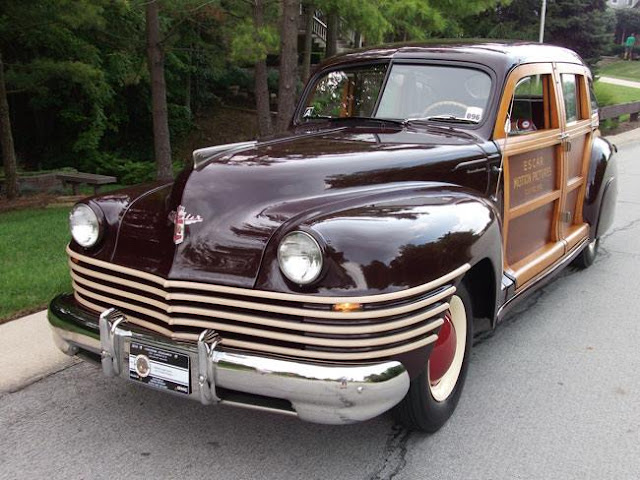 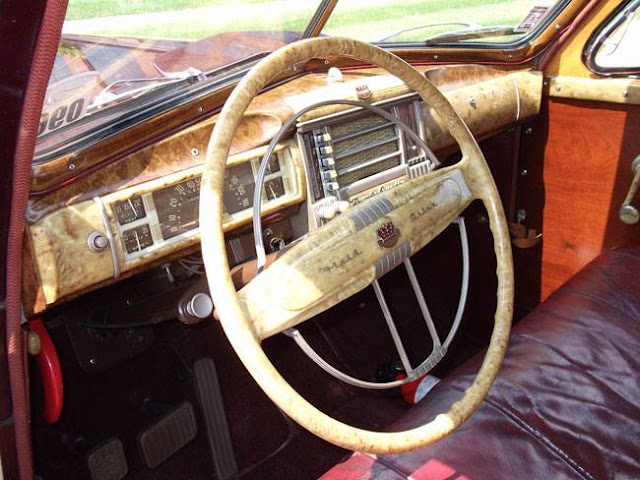 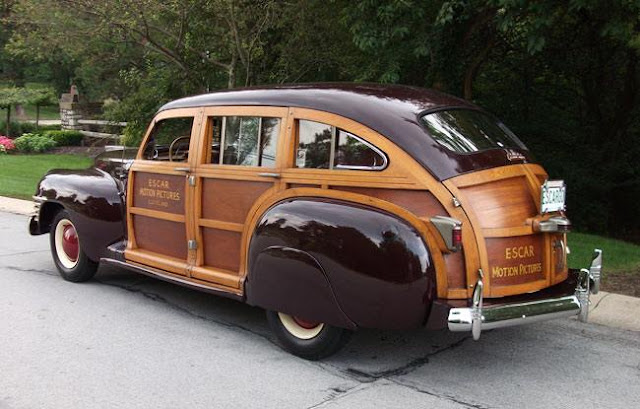 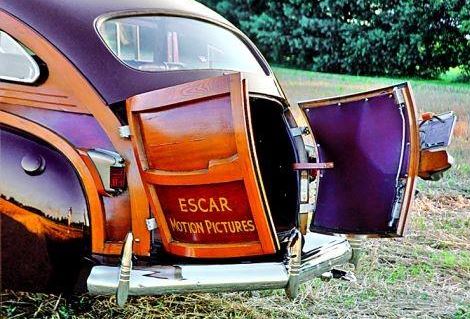 and as best as anyone can tell, just one has the post-December 31st blackout trim, that sole survivor being in the hands of the Larger family of Powell, Ohio, which has nurtured and preserved it for some 40 years.

for Chrysler Corporation products badged as Chryslers, most of Chryslers' plating was replaced with plastic which was usually colored in an ivory or beige tone. The hubcaps are finished in a two-tone red hue that complements the wood, which in 1941 and 1942 came from the Pekin Wood Products Company in Arkansas, a Chrysler subsidiary. The firm milled the pieces into subassemblies before shipping them on to Chrysler's plant on Jefferson Avenue in Detroit, where the Town and Country had its own fourth-floor assembly line.

One of the six-passenger cars that came off that line in 1942 was this car, an amazingly original relic that still has accumulated barely 21,700 miles before being parked in 1953. It's been in the family since 1966, when the family patriarch happened to spot a simple classified ad offering a 1942 Chrysler in the back pages of the Cleveland Plain Dealer, the region's biggest daily newspaper.

the original owner, a man named E.S. Carpenter, owned a film-production company and made industrial films, like showing workers how to operate a piece of machinery, and he was looking for a station wagon and this was the only wagon he could find in Cleveland in early 1942, even though it's technically not a real wagon, but he bought it as a company vehicle and that's why "ESCAR Motion Pictures" is lettered on the front doors.

Update June 2017
It's featured in May June Antique Automobile magazine 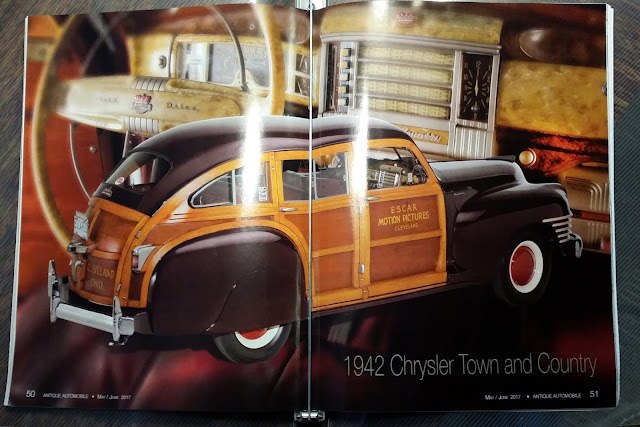 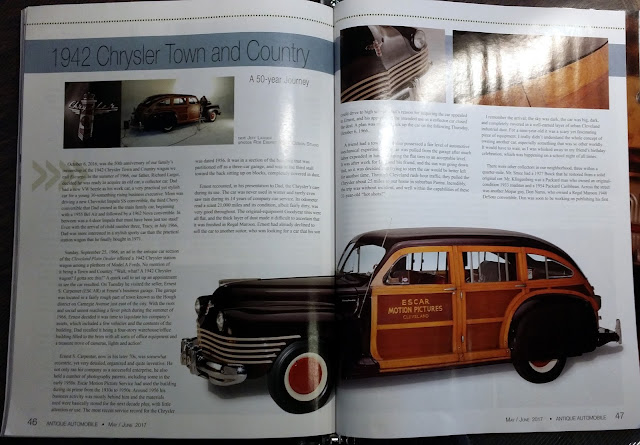 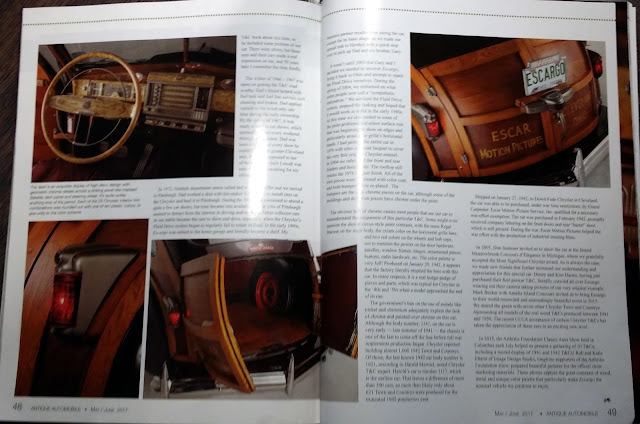