One of 98 engines made for the Tucker Torpedo sold at auction this past weekend, thought to be the only Tucker engine in Europe not in a car. $35,000 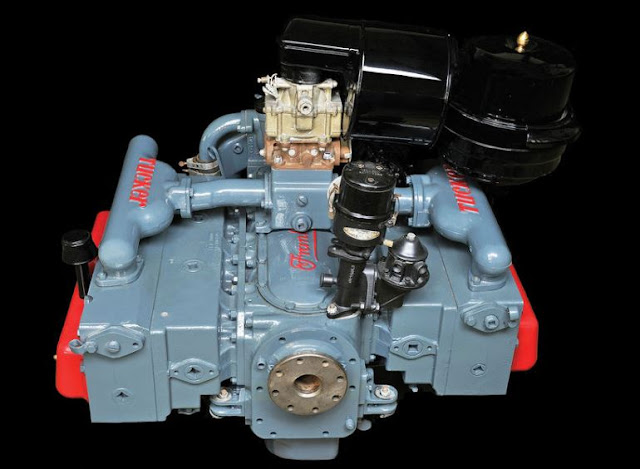 Preston Tucker acquired the engine manufacturer, Air-Cooled Motors of Chicago, and had them modify the engine for automotive use, including the industry's first fully sealed water-cooling system.

While only 51 original cars were completed, Tucker intended to build more cars and had a total of 98 engines produced. They cost more than he had been marketing the car for... 1500 for the engine, vs his early claims of a car for 1000 dollars.

The remaining new engines were sold at the factory bankruptcy auction and are generally displayed by collectors. The engine sold in Monaco is build number 335-78.