St Helena island off the West coast of Africa, finally has an airport an runway... and was set to have a grand opening on May 21st, St Helena Day... but, they forgot the windshear issue, and won't open til they figure out how to cope with it 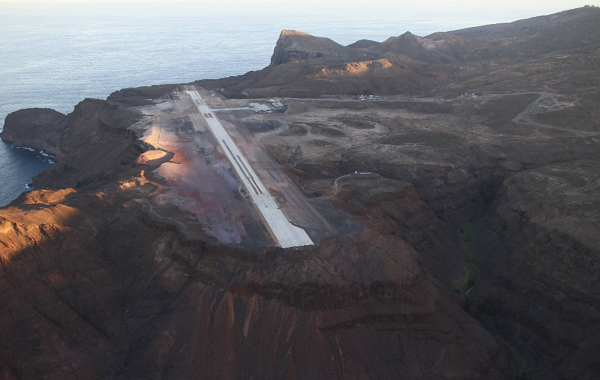 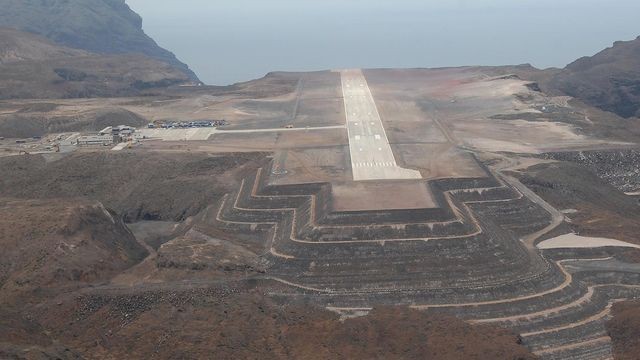 The remote British island outpost of St Helena ( St Helena is a small volcanic island in the South Atlantic Island, about 2,500 miles east of rio de Janeiro.) has heralded the arrival of the first passenger aircraft to land at the island’s new airport. 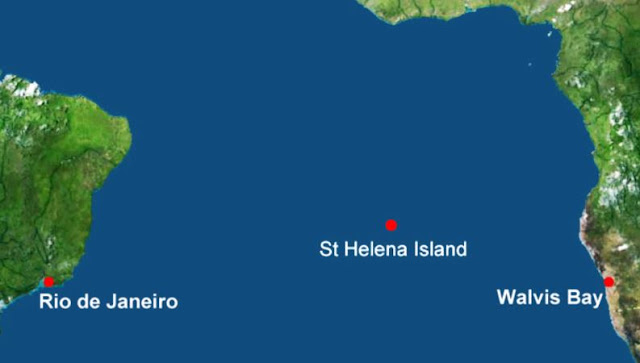 The new airport, which cost the British government about £250 million ($350 million) to develop, is expected to open St Helena up to tourism, and set the island on a course to self-sustainability.

A British Airways franchise partner was selected to provide the air service to the island with a Boeing 737-800 configured specifically to serve the Johannesburg-St Helena route.

One outcome of the implementation flight has been the gathering of additional data on turbulence and windshear on the approach to Runway 20 (from the North). As a result of the data gathered and the conditions experienced, it has been decided that there is some additional work to be done in order to ensure the safe operation of scheduled passenger flights to and from St Helena Airport.

The Basil Read company that built the runway has a cool report on their website about the feat http://www.basilread.co.za/operations-st-helena.php

Due to the remote location of the Island, Basil Read has shipped some 50,000 tonnes of cargo, including 120 items of construction machinery, cement, steel, explosives and other construction materials including over 16 million litres of fuel. The NP Glory 4 has sailed some 220,000 kilometers, or the equivalent of five times around the world, during the life of the project so far, on its voyages between Walvis Bay and St Helena.

At the start of this massive project, there was no harbour on the island, and Basil Read was contracted to build a permanent wharf, as well.