Terry sent me some ultra rare pictures of what is likely the first ever road trip taken in an automobile (1924) from the Crowsnest Pass to Victoria, BC! And it's a Packard! Thank you Terry! 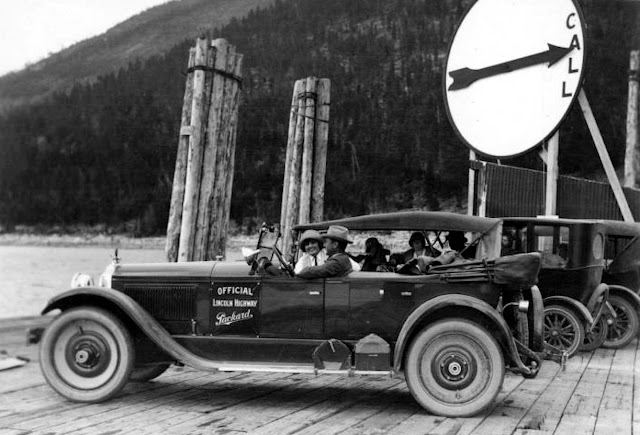 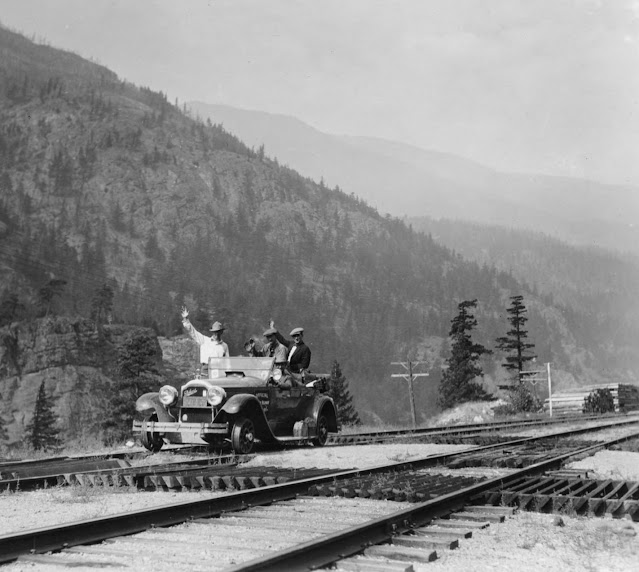 and they bolted on train wheels!
The Lincoln Highway Packard was sponsored from the USA who had already done several journeys like it in the U.S 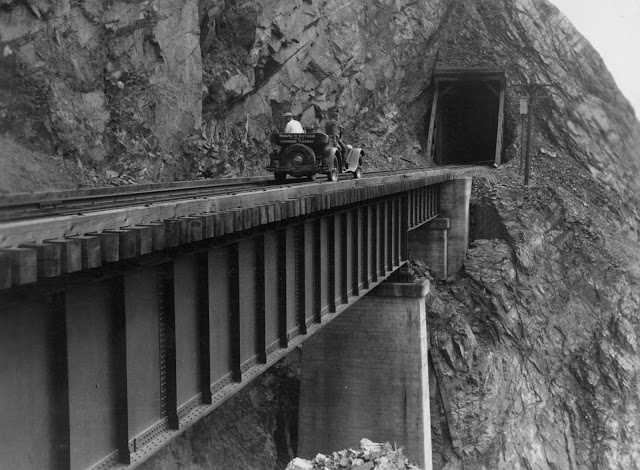 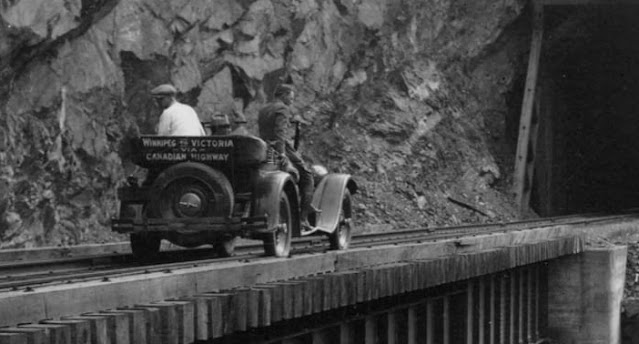 The Lincoln Highway Association archive was donated to the University of Michigan's Transportation Library in 1937.
The archive, transferred to the Special Collections Research Center in 1992, consists of materials from the central office in Detroit dating from 1912 up through the late 1930s.
There are letters, manuscript trip logs, minutes of meetings of the Board of Directors, reports, contracts, financial statements, drawings, press releases, maps, brochures and guides, including the 1928 logbook of Lincoln Highway markers made by local Boy Scouts, and photographs.
The photographic portion of the archive consists of approximately 3,000 images, including views of construction underway, towns and cities, markers, bridges, cars, camp sites, scenic views, and snapshots of Association directors and field secretaries traveling the route.
A generous grant from the University of Michigan's Friends of the Library, in 1999, funded the first phase of a project to digitize the photographs of the Lincoln Highway Association.
An additional monetary gift, presented in 2006 by the reconstituted Lincoln Highway Association, allowed the digitization project to be completed in 2007.
https://quod.lib.umich.edu/l/linchigh?page=index
at Thursday, August 04, 2022