The Rockwell XFV-12 was a prototype supersonic United States Navy fighter which was built in 1977.

The XFV-12 design attempted to combine the Mach 2 speed and AIM-7 Sparrow armament of the McDonnell Douglas F-4 Phantom II in a VTOL (vertical takeoff and landing) fighter for the small Sea Control Ship which was under study at the time.

On paper, it looked superior to the subsonic Hawker Siddeley Harrier attack fighter. However, it proved unable to produce enough thrust for vertical flight, even with an installed engine delivering more thrust than its empty weight, and the project was abandoned. 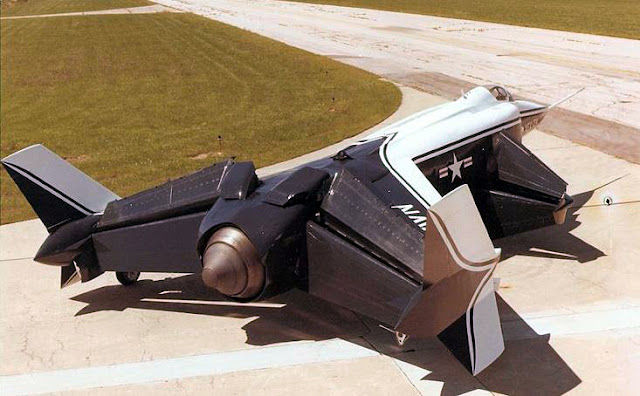 Ground testing began in 1977 , following the tests, and with the program suffering from cost overruns, the Navy decided the XFV-12A was not worth further development, and cancelled the project in 1981