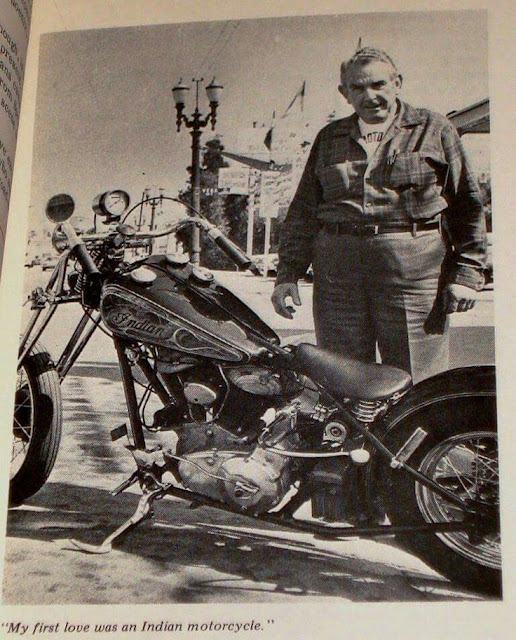 When the Depression hit, Sammy turned to his motorcycle for a living, performing stunts and racing at county fairs. Along the way he acquired an expertise for sheet metal, designing and fabricating custom cars. But bikes were his passion, and in 1945, after a stint in the Navy during World War II, he swung a deal to become the California distributor for Norton. 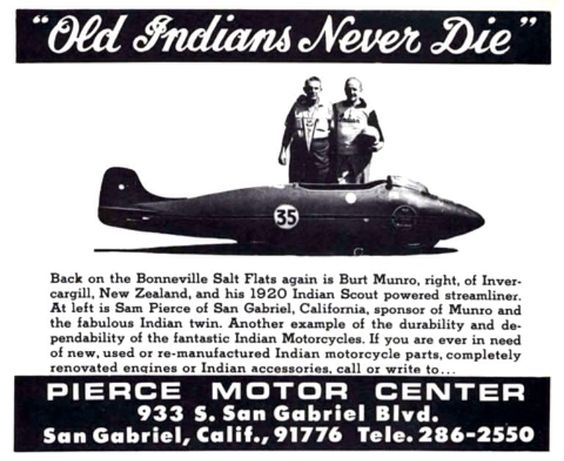 Pierce Indian was on the corner of Fairview and San Gabriel avenues, next to that was Pierce's home, where Munro lived from at least 1965-67.

Way back in their youth, Sam Pierce and Rollie Free worked for the same Indian dealership agent in Kansas City

Pierce combed the U.S. for parts. He bought out the stocks of numerous dealers who once sold and serviced the great red machines. 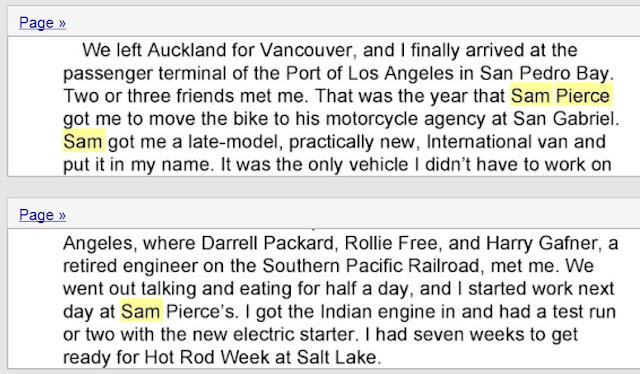 and during a 2 year round the world ride, an adventurer named Carlos Caggiani happened through Los Angeles, 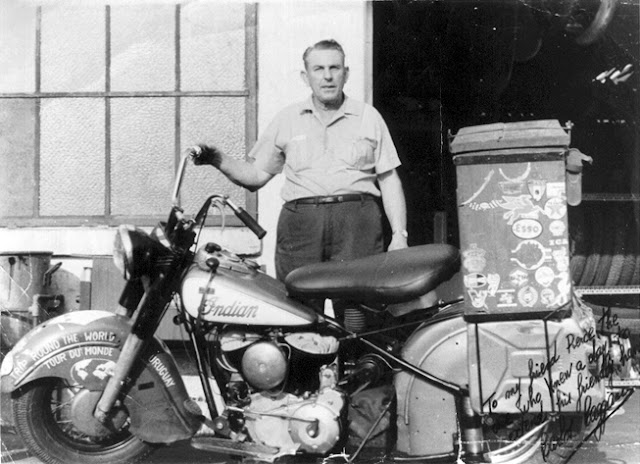 and Sam gave him a free refurbish to see him safely and reliably the rest of the way.

From 1964 to 1966, Carlos Caggiani travelled to 26 countries on a 1947 Indian Chief motorcycle with hardly a penny to his name. At 24 years of age, he embarked on the adventure of a lifetime. He spent time with everyone from poor natives in the Andes mountains, to rich families in the United States. He crossed rivers without bridges, suffered famine, intense heat and cold, guided his motorcycle through rain and snow storms, rode on dirt and cobblestone roads, was chased by the FBI, was shot at in Bolivia during a revolutionary war, and had a serious accident due to a mechanical failure in Panama that left him hospitalized for 17 days. Now there is a book about it
https://www.amazon.com/gp/product/145378537X?ie=UTF8&tag=huellyhoriz-20&linkCode=as2&camp=1789&creative=390957&creativeASIN=145378537X

He owned several British motorcycle dealerships, selling Triumph, Ariel, Norton and Sunbeam motorcycles. He also had an Indian dealership for a short time, but despite his love of the brand, he sold it to his friend Ed Kretz (winner of the first Daytona 200 in 1937).

His last enterprise was American Indian, where he assembled his own “Super Scouts” from NOS parts, adding a bit of his own flair with special body work and performance upgrades. He sold American Indian in 1971.

In his last years Sammy was the curator of Steve McQueen’s extensive motorcycle collection. He died March 27, 1982, shortly after McQueen died from cancer. 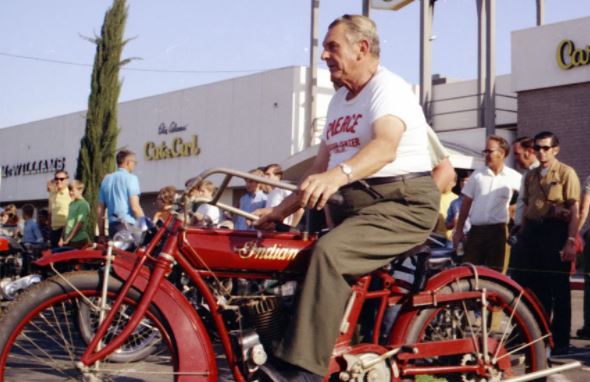 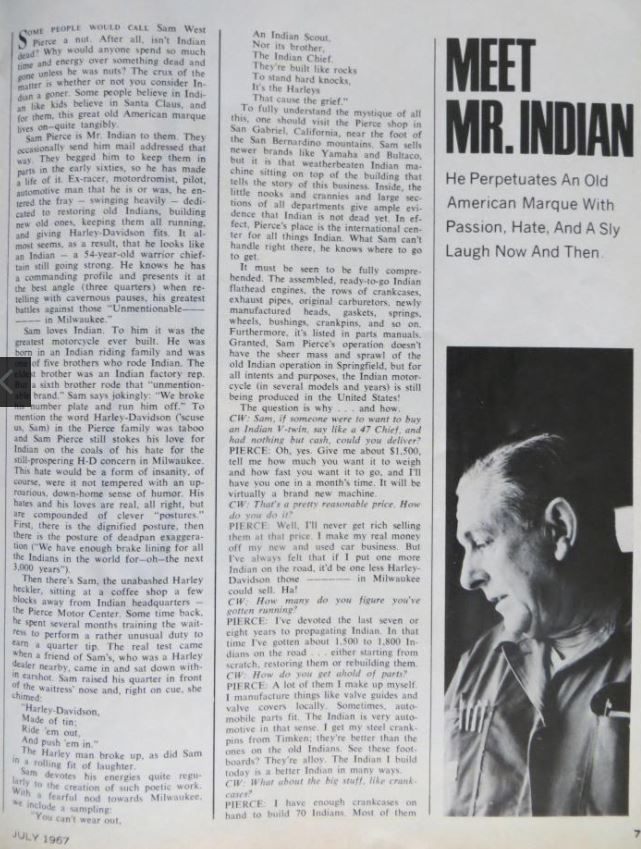 Sammy Pierce was perhaps the greatest enthusiast of Indian motorcycles. After the Springfield, Mass., factory closed in 1953, “Mr. Indian” kept the flame alive. And thanks to his devotion to the brand during the Fifties and Sixties, he inspired well-known restorers like Bob Stark and Micah McCloskey to keep the flame burning. And along the way, he designed his own motorcycle – the P-61 American Rocket. 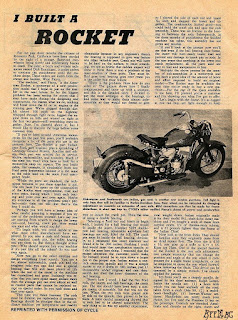 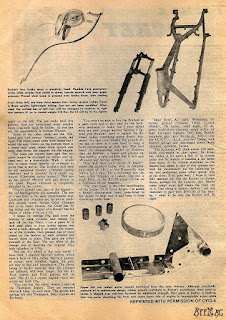 The engine assembly was bolted to a skid plate, which was bolted to the frame. The engine could be removed by simply pulling out the skid plate’s cross bolts. Pierce claimed the Rocket’s rubber mounted engine (using modified car engine mounts) was the first practical vibration isolator for a motorcycle ever built. The forks were from an Ariel, and the foot shift assembly was improvised by Pierce using Indian parts. The brakes were Indian, reinforced by Pierce, and the horn was from an Olds 88.
http://irishrichcustomcycles.blogspot.com/2009/09/american-rocket-p-61.html
http://www.motorcycleclassics.com/classic-american-motorcycles/sammy-pierce-p-61-american-rocket
at Tuesday, September 19, 2017