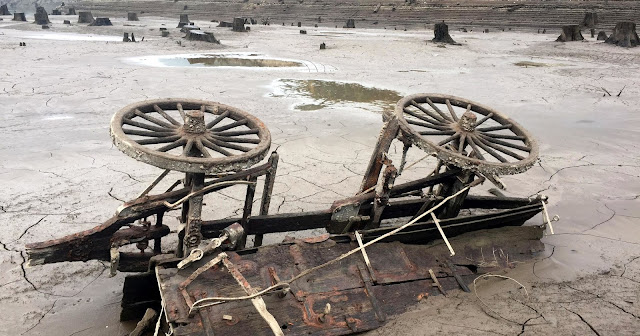 Back in 1953, the 200 residents of the tiny town of Old Detroit deserted their homes after Congress approved a nearby dam, which, when finished, would flood the area to create the reservoir now known as the Detroit Lake.

But water levels at Detroit Lake were 45 feet lower than normal in 2015, approximately 143 feet below capacity, so low that people had to pull their boats out of the local marina.

In 2015, a historic drought brought the reservoir to its lowest summertime level in history, 1,511 feet in early summer and as low as 1,425 feet by autumn.

But Marion County Deputy Dave Zahn spotted old fashion wagon wheels that had been buried in the silt and mud.

“In late October when the lake was at its lowest I took the opportunity to walk the river line to see what’s out there, more of a treasure hunt,” Zahn says.

That is when he spotted the classic timepiece.

“We noticed it was a wagon, a horse drawn wagon. It had a plate on it out of Ohio.” 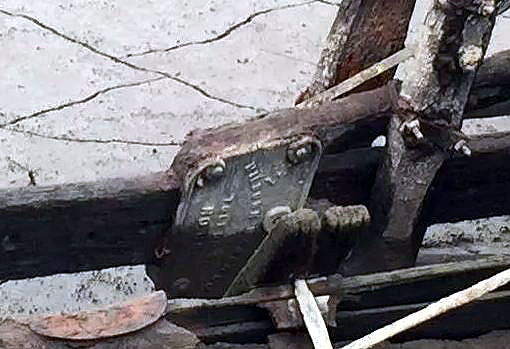 “That wagon was built for the country that you’re in,” said David Sneed, owner of the Wheels that Won the West collection. “With those extra spokes, the metal encased hubs, and the ‘Oregon brake,’ it’s built to engage rough terrain.” 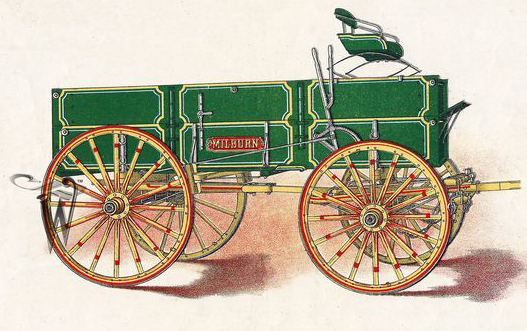 The wagon was made by the Milburn Wagon Company in Toledo, Ohio, sometime around the turn of the last century. Milburn was one of the nation’s biggest manufacturers: in 1882, it was producing 600 wagons per week, the majority farm wagons, Sneed said.

This one could’ve been built as late as the early 1900s, but certainly not before the 1890s, he said. Becuase the hubs on the 16-spoke wheels – themselves much ballyhooed by Milburn for “having 12 more spokes than any on the market” – were patented by James Sarven in 1857 but not used on Milburn wagons until the 1890s, Sneed said

The surprisingly well-preserved wagon was seen by a handful of people in October, lying in the exposed mud of the old townsite when the lake drained to its lowest level in 46 years. Dave Zahn, a marine deputy for Marion County, photographed it right before rainstorms came and raised the reservoir’s level.

In a matter of days, the wagon was gone again, buried under many feet of water. Its appearance had been so brief that U.S. Forest Service archaeologist Cara Kelly barely had time to document its existence and no time to plan for preserving or removing it.

“Removing it would be very costly, and it would be almost impossible without ruining it,” Kelly said. “It was challenging just trying to get to it because it’s so buried. The mud around it was like soup; I couldn’t get to within 20 feet of it.”

While Zahn first spotted the wagon on October 29, he and Kelly decided to keep its location a secret, so as not to attract potential looters and vandals. According to a metal plate attached to the wagon as seen in some of Zahn’s photographs, the wagon was made in 1875 by the Milburn Wagon Company of Toledo, Ohio, which was one of the country’s largest manufacturers of wagons at the time. As Brooks reports, the lake bottom’s low oxygen levels almost perfectly preserved the wagon – ironically, its brief stint on land probably damaged it more than all the decades it spent underwater.