Roy wasn't messing around, he was Jeeping around, and that inspired him to put a Jeep on his tv show 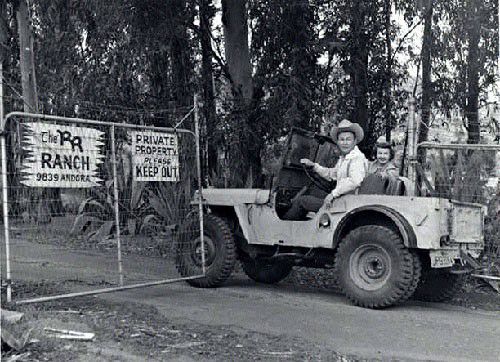 the Jeep in the photo above was "Jezebel" - Roy's green Jeep. His daughter Cheryl had to drive it to high school and hated it...until she found out that the boys thought it was cool.

Roy may have gotten the name from the book "Jezebel The Jeep" by Fairfax Downey. It appeared in shortened pulp form in January 1944: 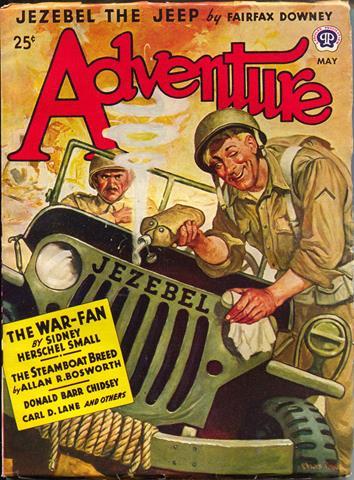 Thanks to Steve for identifying that Jeep! 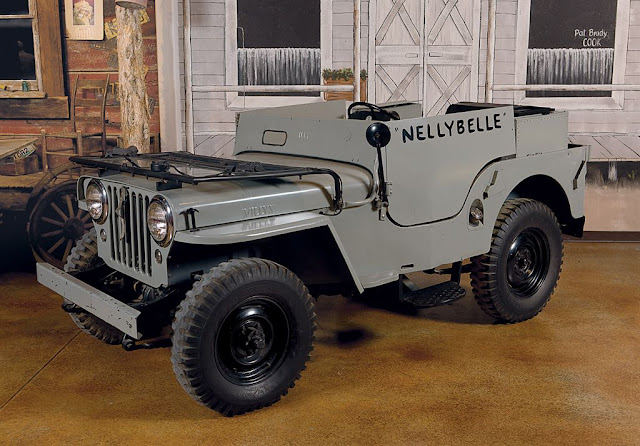 One of the most memorable characters on the Roy Rogers TV show that ran from 1951 through 1957 was neither Roy, Dale, Trigger, Buttermilk or even Bullet - or for that matter even made of flesh and blood. It was a TV icon manufactured from good old American steel and named Nellybelle, a 1946 Willys CJ-2A Jeep with some very innovative bodywork.

Roy Rogers chose to include a Jeep into the program because he noticed that after WWII, Jeeps were very popular, especially with children. Rogers himself owned a Jeep which he used for hunting, off road cruising and travel to and from his studio. (the above black and white photo)