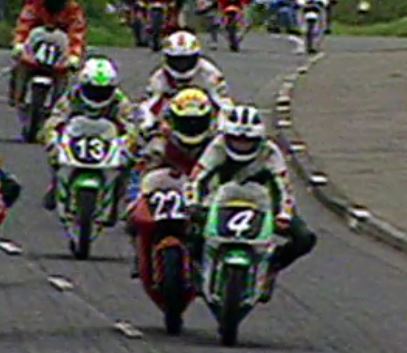 Number 4, Dunlop, has space all around him, and 22 (David Lemon) hits him hard on the elbow from behind.  You can see there is plenty of room to HIS right side for 22 to pass without contacting him, even in the following snap shots 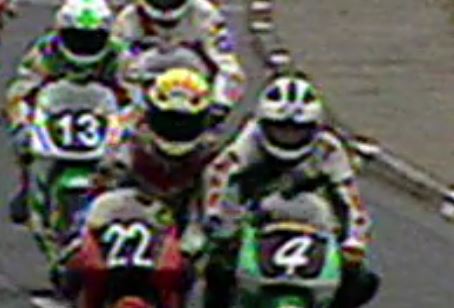 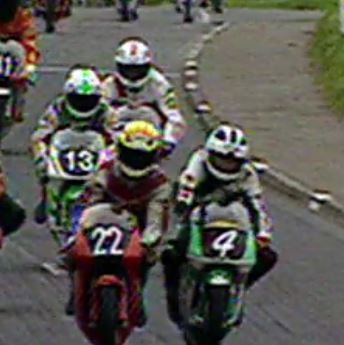 here you see his arm being straightened out 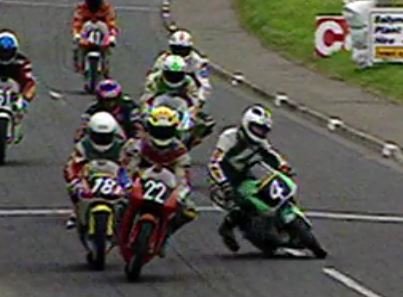 causing him to crash, and nearly killing him.

Was there a hit on him? Taking out the most likely winner is the easiest way to win.

Think I'm nuts? Tonya Harding had Nancy Kerrigan kneecapped. That's only 1 simple and clear example of a loser taking out a winner. Then in 2008 his engine seized and killed him. Now, for someone that had been racing and working on his own engines for 30 some years, what is the likelyhood that his engine would not be built right, and ready to race at it's best, vs, what's the chances that the same people who (in my theory) had a price on his head got someone to make a carb adjustment so it ran lean, overheated, and seized?


The Mirror (London, England) Date: May 18, 1998
Dunlop was leading the 125 class on all three occasions when it was halted. He came to grief at University Corner where David Lemon collided with him. Robert could be out of action from four to six weeks.

Last year in his TT comeback following a smash in 1994 he was third in the 125 class. On Saturday he was returning to the North West for the first time in four years.


get the full race up to that point, in the next video, the crash is at the 5:20, and you'll see that the whole field knew Robert Dunlop was going to win it, by this point in the 1st two starts he was in 1st place, just like this 3rd start of the race.

2 weeks later he won his class (ultra lightweight) at the Isle of Man TT, despite this crash, and the many crashes and wrecks before that which nearly killed him

I'm convinced Lemon targeted him, you judge for yourself. Why am I making an issue of this 19 year old race? Well, wouldn't you call this, if you saw it, regardless of how long it's been? Why not? If you suddenly learned who Jack the Ripper was, wouldn't you say so?

Hats off to Robert, he survived a brutal lot of crashes, and a rim that tore itself apart and nearly wiped him out. He didn't quit. He came back, and effing won. 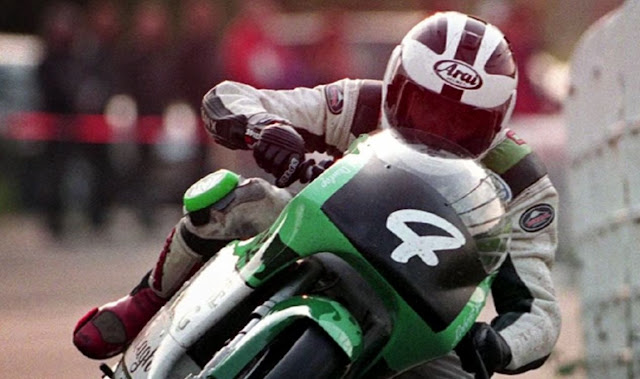 Then in 2008 his engine seized at 170 mph. He died. Was his engine tampered with to run lean? Or to run out of oil? It was a very smokey start to the race for his exhaust. And in 1994, he rear rim broke from the hub.  I seriously doubt he used anything but the best rims, and for one to fail is rare

at the 31 second mark

Maybe I'm suspicious for no reason, and all 3 infinitely impossibly unlikely fatal things were circumstantial. Yeah, right. And the Kennedys were not jinxed.
at Friday, February 24, 2017