I just love discovering a new artist, and new type of art, and then realizing it's vehicle related and I can share it with all of you. Particularly when it's a combo of things I dig, photography, Victorian retro Greco-Roman paintings, and this trains/busses/garages/scooters admiration I have 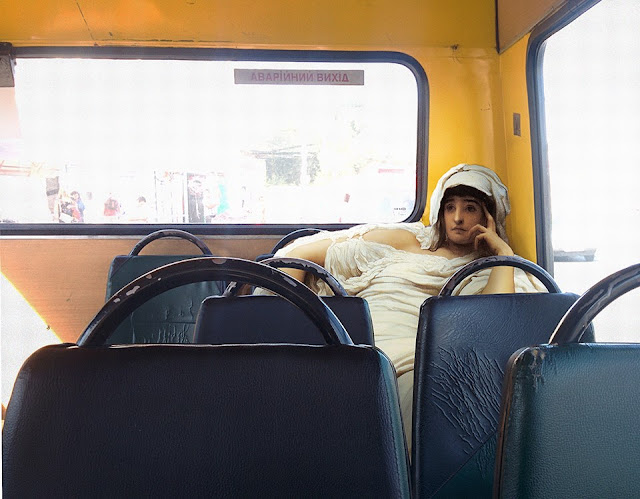 Carefully photoshopped onto buses, down alleyways, and in stores, Caravaggio’s ‘David and Goliath’, William-Aadolphe Bouguereau’s ‘Nymphs and Satyr’, and Cesar Van Everdingen’s ‘bacchus’ — to name a few — seemingly become part of daily life in Kiev.

Perfectly-executed shadows and light between the two otherwise desperate images give the resulting pictures a painterly quality, forming the impression of a new era where mythological creatures and religious figures meet contemporary urban existence.

The idea came to Kondakov when a picture of people drinking wine on Tumblr caught his eye, and he had the urge to replace the group with his own entourage. "Then I thought, 'What if I invite these gods into our reality and imagine they are on streets of modern Kiev?'"

"Then I wanted to transform a noisy company of cheerful kids who gathered to spend time together in the city or go to the movies. And in these heroes I saw the work of other artists." Kondatov wants to be clear, though, Daily Life of Gods isn't a commentary on society or religion or art. 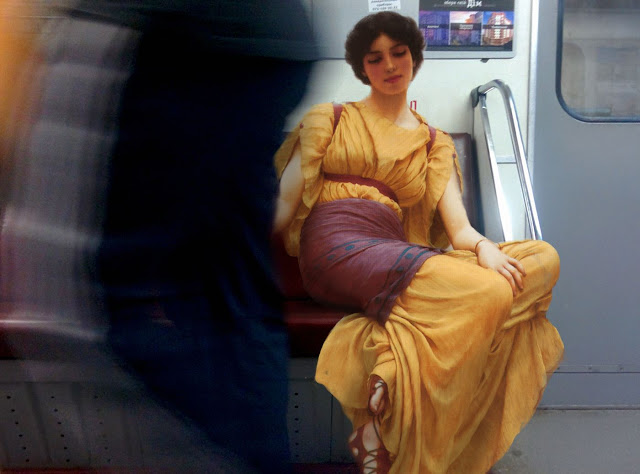 the above is one of my favorites of John Godward, Idleness (girl with a kitten) 1900 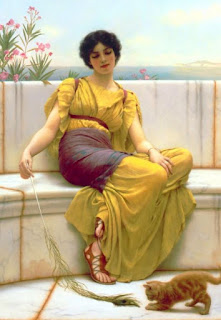 Yes, I'm a nut for Victorian paintings in the classical genre. Godward was good at marble, but absolutely amazing at fur. Alma Tadema was incredible with marble. 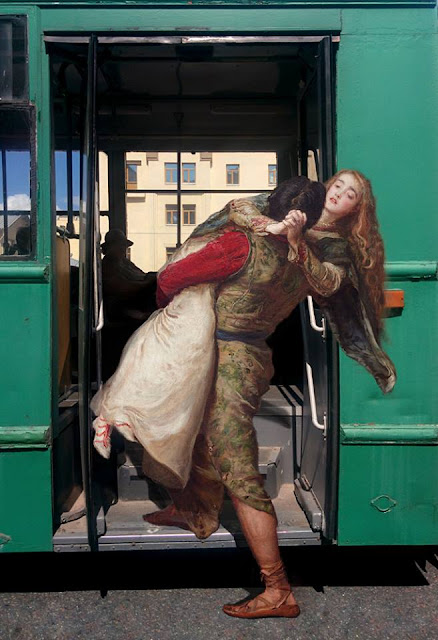 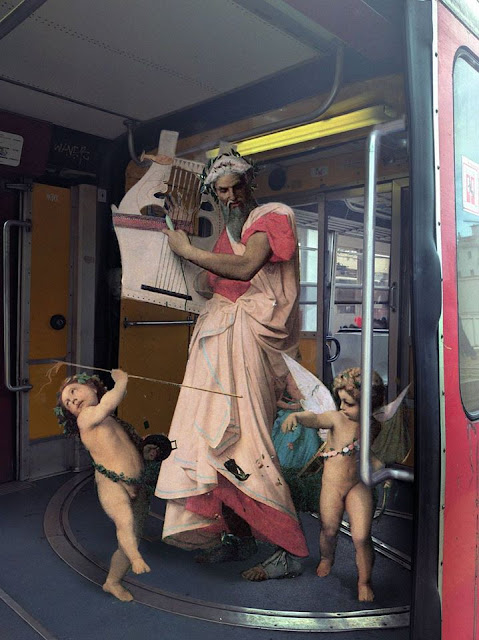 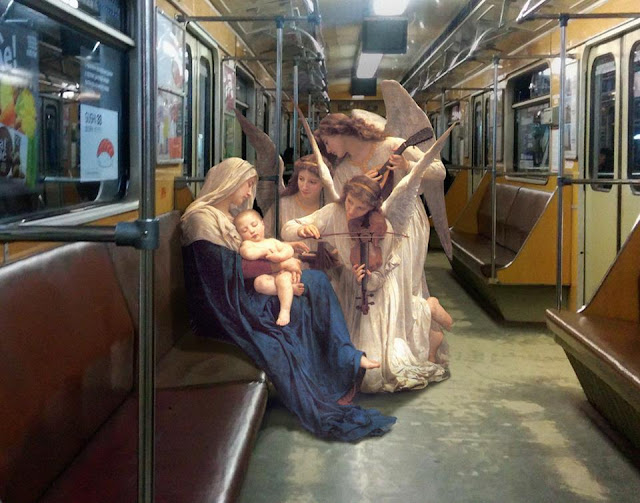 "Song Of The Angels" William Bouguereau 1881 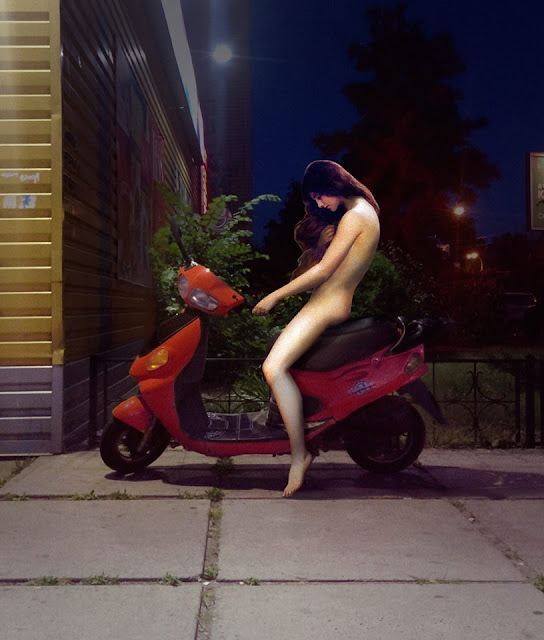 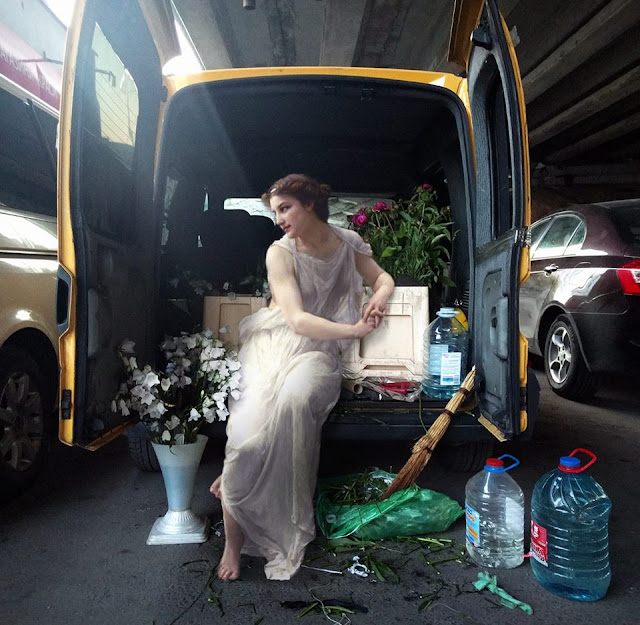 They somehow look like they belong there, their forlorn expressions and sad demeanours matching the tatty seats of the bus or the floors of the subway. It’s very amazing, even if Alexey would have us believe it’s got a more serious undertone. 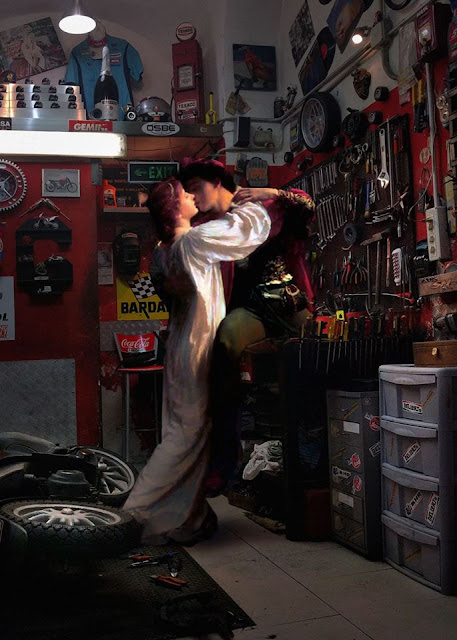 Ukrainian artist Alexey Kondakov takes scenes and figures lifted from classical paintings and drops them into modern-day life. Bouguereau’s Song of the Angels appears to take place on an empty subway car for example. 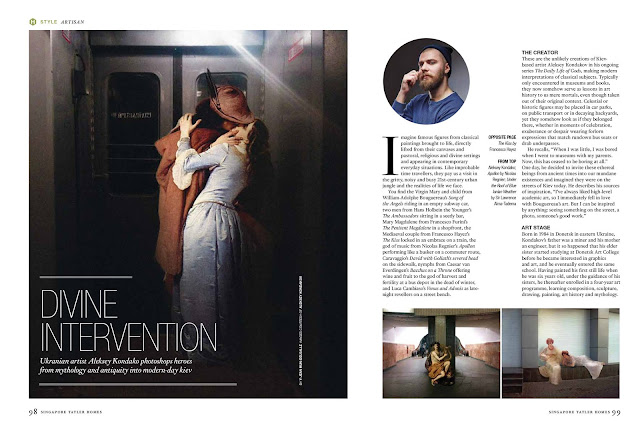 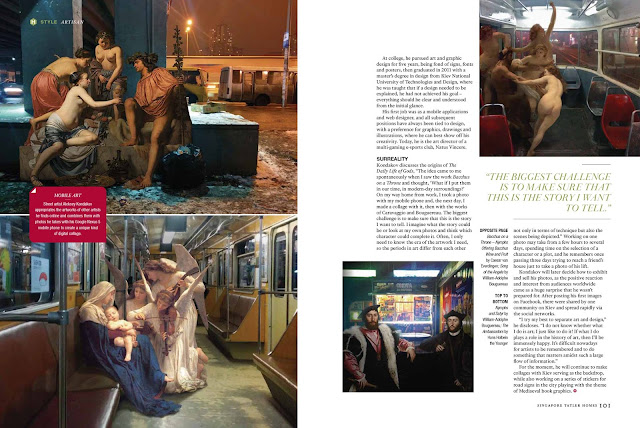