I just got a great note from Jordan! 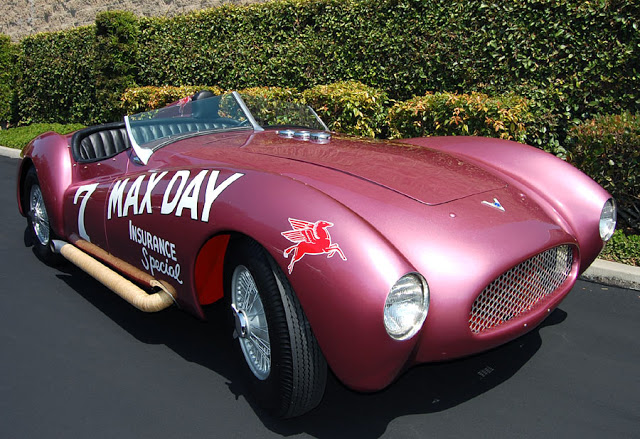 "Very cool to read about the story of my grandfathers car. http://justacarguy.blogspot.com/2016/06/1955-victress-it-sounded-familiar-so-i.html

I wanted to share some further insight to ol' Number 7. This was My great grandfather George Muench's car. Max Day was actually an insurance provider in small town Pueblo Colorado who the car was originally built for and owned by.

My grandfather was his mechanic and the driver was actually a fearless man named Dan (danny) Morgan. Noting the qualifying times set on friday, Morgan was an unbelieveable 42 seconds ahead of AK Miller who's powerful and light corvette was a handful on the loose dirt of the test climb section. Had the gear selector managed to stay intact on the day of the race, Morgan would have easily made the triumphant victory a sealed deal.

After the 1959 race season, my grandfather purchased the car from Day and repainted it and removed most of the race specific tuning features. Wrapped pipes were traded for chrome and the slightly pinkish red was swapped for a rich and vibrant candy apple. Many trips to and from pueblo colorado were made up to my grandparents cabin by twin lakes.

None the less, it was amazing car that was refurbished and now maintained by a true collector. I sure do miss the sound of the triple carbed, straight piped MONSTER grumbling through the mountains of colorado though! ﻿"