this doesn't seem possible, or logical, but the story is that this is a 20 mile, never titled or registered 1963 Cortina, that was ignored at a Scottish dealership for 25 years, then bought and ignored by it's current owner since 1989, 32 more years 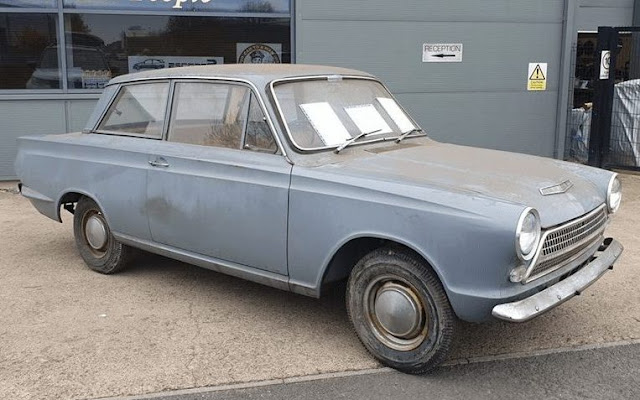 The car was delivered from new to Mr Young's Ford dealership named Townhead garage in Strathaven, South Lanarkshire in Scotland in 1963, but being only the Cortina Consul it was passed over by people who wanted the Ford Lotus Mk 1 model and the car was never sold.
It was then left forgotten in the corner of the dealership for decades until the dealership closed down due to Mr. Youngs age and health issues. Then the premises were sold and it reopened as a garage for a couple years, until it was demolished and developers replaced the area with housing. 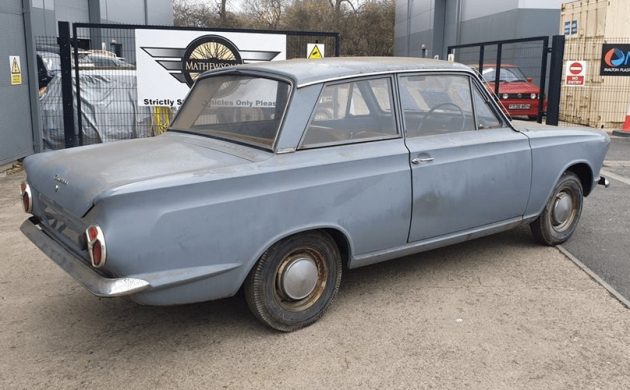