Have you heard of the team of maniacs who rally across many continents and countries? The Bristol-based crew of degenerates who call themselves the Adventurists, have combined a monkey bike with a parasail engine and wing, 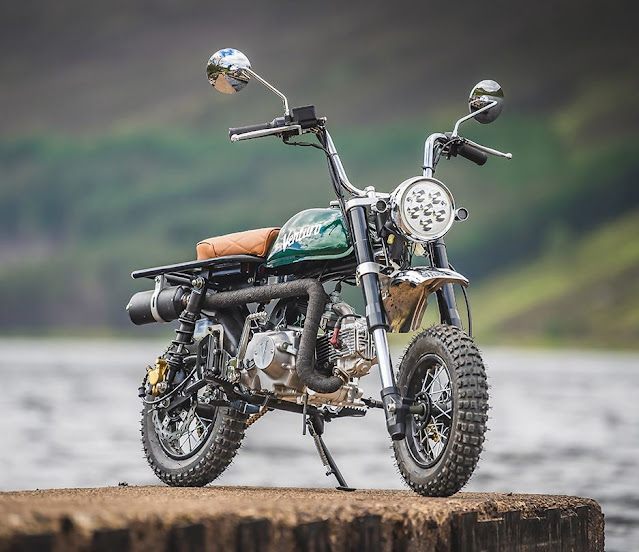 The Adventurists are a loose collection of  madmen plotting madcap journeys around the world. With an increasing number of events being run since their establishment 2003, they now dub themselves “generators of odyssey and chaos.” And they’re quite serious.
Their adventures have idiots launch clapped-out cars across Mongolian steppes, smash out thousands of miles on rickshaws and throw tiny bikes down remote mountains. And it’s that ‘Monkey Run’ which has led to the development of the Venturo flying monkey bike. 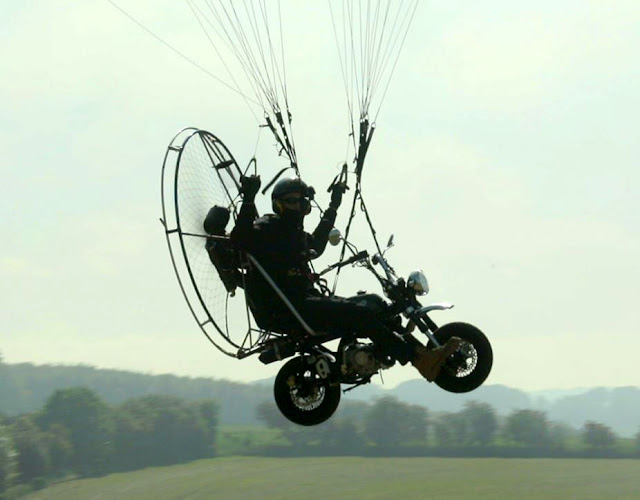 the rear rack is where things get really interesting. It’s been designed to carry “all sorts of luggage and useless shit,” and houses drop-proof indicators. But it also has a fitting for a two-stroke paramotor—for the brave souls who really want to up the stakes on their next adventure.
And they will have to be brave… or stupid. “I wouldn’t call it safe yet,” Tom admits. “But after we’ve tested out a few more iterations of the additional flying package we’ll make it available for anyone with a death wish”.
https://www.bikeexif.com/flying-monkey-motorcycle
at Tuesday, November 23, 2021