A noose was THOUGHT to be found on Sunday in Wallace's garage stall at the race in Alabama, but someone got hysterical, and didn't realize they were looking at the garage door pull rope handle. JFC 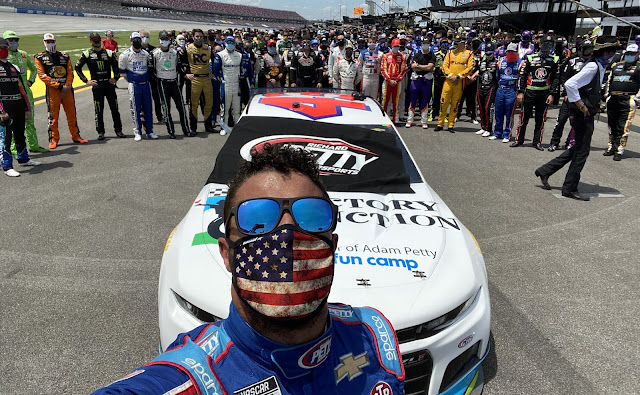 Noting that the FBI is on the scene and investigating, Phelps declined to disclose how many surveillance cameras, if any, are in the Talladega garage and what, if any, footage they might have captured. Similarly, he declined to reveal the number of people who had access to the infield garage in general or the area of Wallace’s No. 43 stall, saying such details were part of the FBI’s investigative process.

Some of the biggest names in racing and in other sports were stunned by the incident. It left Dale Earnhardt Jr. with one wish. “Hope Bubba wins it,” he tweeted early Monday morning. And Richard Petty, the NASCAR legend who runs the company for which Wallace drives, was in Talladega on Monday to show support for Wallace. 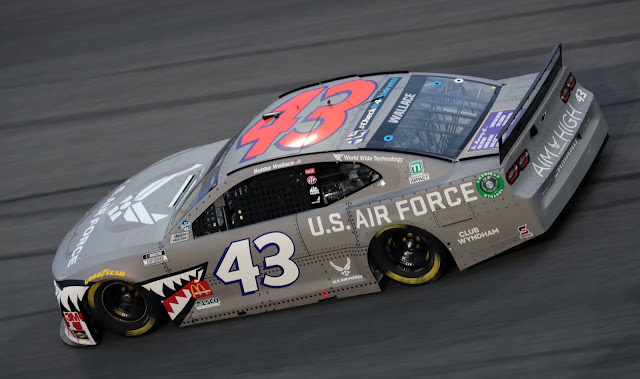 I don't give a shit about modern Nascar, there's nothing about it that is racing stock cars.

But when this person who dropped a noose in the pit garage, pisses off Richard Petty and his team, that stupid son of a bitch has opened a can of worms to get on the wrong side of traditional nascar fans

When you get on the wrong side of Richard Petty, you got no support in this world of Nascar fans.
at Monday, June 22, 2020