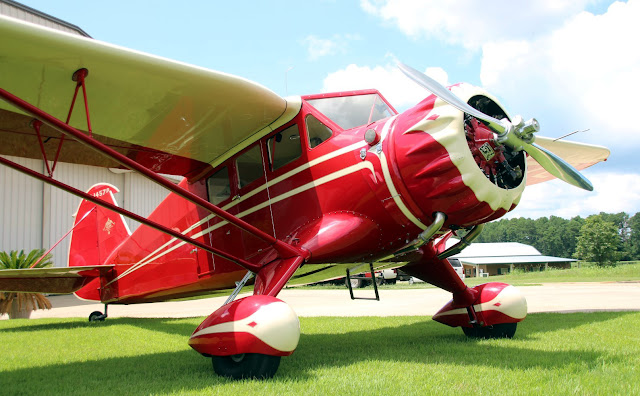 "Eddie" Stinson was the founder of Stinson Aircraft Company. At the time of his death in 1932 in an air crash, he was the world's most experienced pilot in flight hours, with over 16,000 hours logged.

Stinson's oldest sister, Katherine, was an early female aviator. Eddie wanted to fly as well, and learned how to fly at the Wright School in Dayton, Ohio.

Stinson started exhibition flying in 1912. In World War I, he served as a flight instructor for the United States Army Air Corps at Kelly Field. In 1921, he set a world endurance record for flight.
at Thursday, June 25, 2020