When he discovered the neighbors deliberately ran their truck over his fence, destroyed it and refused to pay the damage, he decided to solve their problem and re-establish his property line 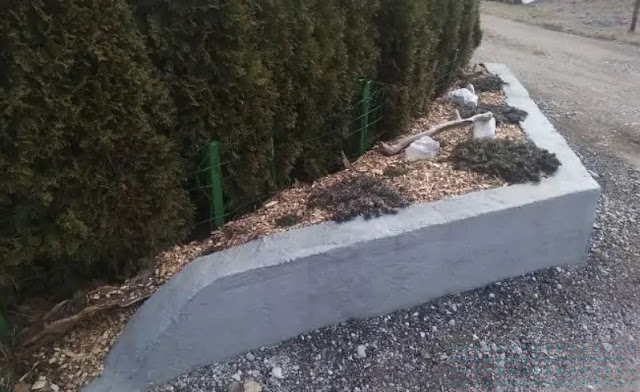 So he dug up a property line marker and filled the disputed area with rock-filled barrels.

The angry neighbors showed up at their door, threatening to call the police because they hit their cars on the barrels.

So, the barrels came out, and a concrete wall went up

“My dad was furious and he changed his petty revenge into a pro revenge. He made a mold, bought cement, sand and metal poles, then cemented a wall on that corner of the property"

The annoying neighbors with no respect for other peoples land wrecked eight of their cars on the concrete wall but not one of them showed up at the owner's door to complain.