lovin' the nose art of The Turtle, "P2V-1" Lockheed Neptune, came out in 1946 after the war was over 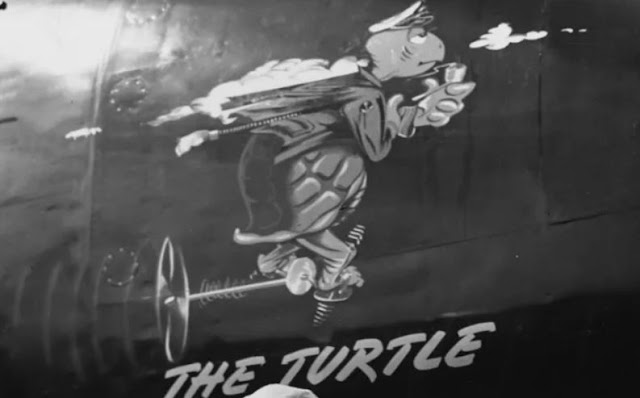 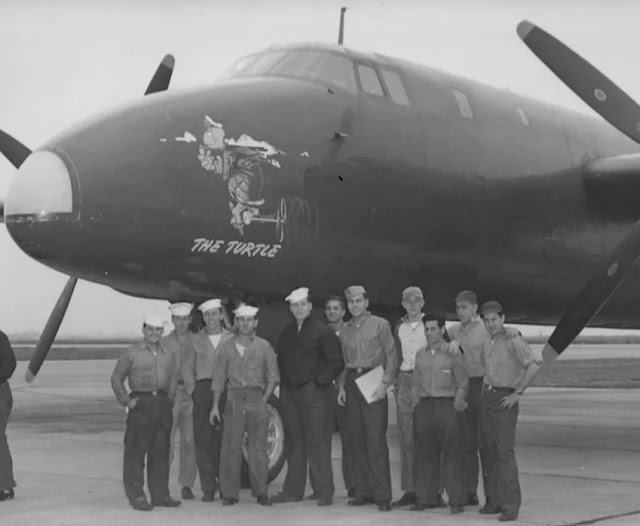 The third P2V-1, named the TRUCULENT TURTLE, was stripped down, fitted with auxiliary fuel tanks plus an extended nose, and set an unrefueled long distance flight record in September 1947. The TURTLE flew from Perth, Australia, to Columbus, Ohio, with a crew of four Navy officers and a young kangaroo, covering 18,089.3 kilometers (11,235.6 miles) in 55 hours 17 minutes. This record stood until 1962, when an Air Force B-52H flew non-stop from Okinawa to Madrid, Spain, a distance of 20,177 kilometers (12,532.3 miles). The TURTLE is now on display at the US Naval Air Museum in Pensacola, Florida.

The Neptune handled well on takeoff and landing, could climb rapidly for an aircraft of its configuration, and had good single-engine performance. It had a top speed of 485 KPH (300 MPH) and a range of 6,650 kilometers (4,130 miles). The interior was comfortable by the standards of military aircraft of the time, reducing crew fatigue on long ocean patrols. The flight surfaces of the aircraft were fitted with alcohol de-icers, and the wings could provide flotation for a time if the aircraft were ditched at sea.