The 1959 Hagemann Jag Special (there were several cars called the Hagemann Special) was built from the ground up in 1955 by Babe Sulprizio, inspired by the C-Type Jag. The beautiful one-off aluminum body was fabricated by Jack Hagemann.

Sulprizio was the co-owner of United Engineering and Machine and he desperately wanted to own and race a Jaguar C-Type. The problem was they were extremely rare and carried a price tag well out of the means of most individuals. Instead, Sulprizio created his own version of the C-Type

Suspension and brakes were mostly Jaguar. Sulprizio built the chassis to take one of the new Chevy 265 V-8's but the local Chevrolet assembly plant in Oakland refused to sell him one without a car around it, so he installed a 302 GMC ('Jimmy') 6. After the Jimmy failed in its first race, it was replaced by a 3.4-liter Jag DOHC power plant from an XK 120. The brakes were originally drums, but after Laurie's first race in the car at Laguna Seca in 1976 (no brakes by the sixth lap), they were replaced with XK 150 discs. The suspension utilizes longitudinal torsion bars and the differential is located with a transverse torsion bar connected to one side of the chassis.

Hagemann developed his metal shaping skills during WWII at the Alameda Naval Air Station. He had already designed and built a number of early 1950s northern California Specials with strikingly beautiful alloy bodies. 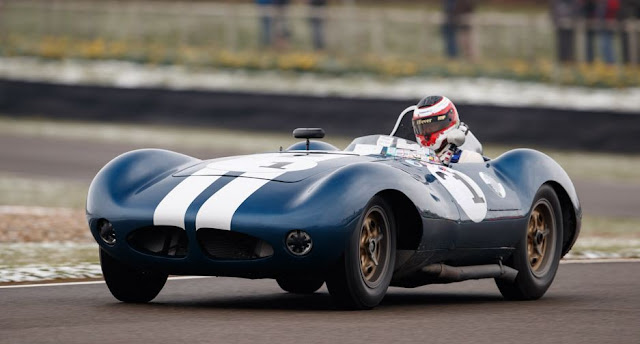 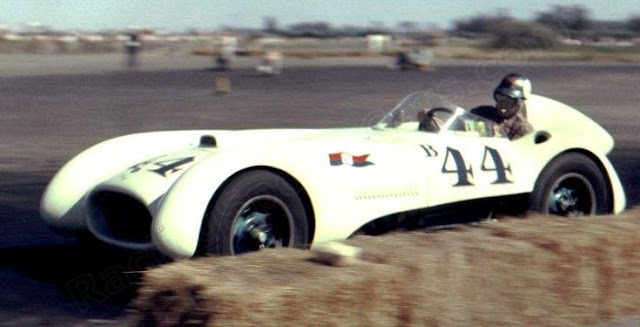 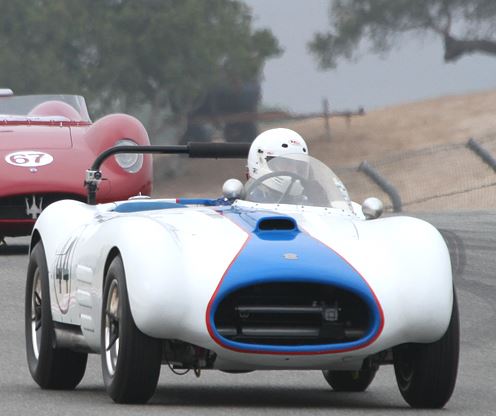 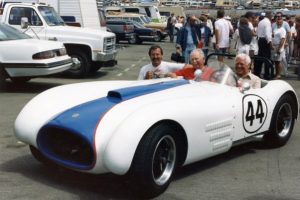