90 year old farmer who was almost killed by his own tractor sells entire vintage collection of 70 unrestored tractors (thanks Steve!) 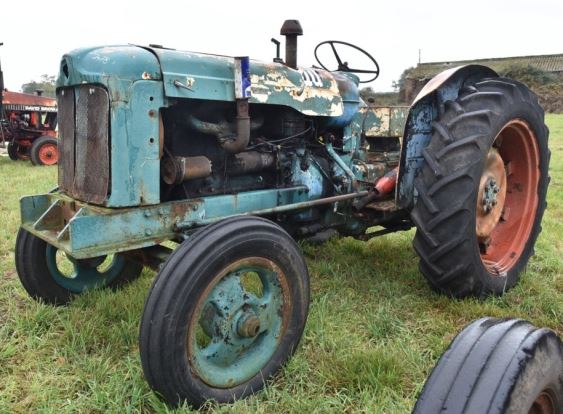 Eddie Thompson, from Attleborough, amassed an impressive collection of farm vehicles, parts and tools during his career, but said he was “happy to see the back of them” as he recovers from the serious injuries he suffered in an accident in March.

His family feared for his life when he was taken to hospital with breaks to his ankles, legs, pelvis and shoulder after a 1960s Fordson Major lurched into life while he was tinkering with its starter motor in March.

The collection of 70 tractors included 55 David Brown models, with the sale highlights being two military aircraft tugs, one made in 1952 which was used on an RAF base in Germany, and one from 1942 which saw service at an East Anglian airfield during the Second World War. Those two lots alone made a total of £14,200.