Little Miss Mischief survived a LOT of flak damage, nearly being cut in two, then using parts from 13 other planes to get back into the fight for 29 more missions before a crash landing took her out of the war, a month before VE day 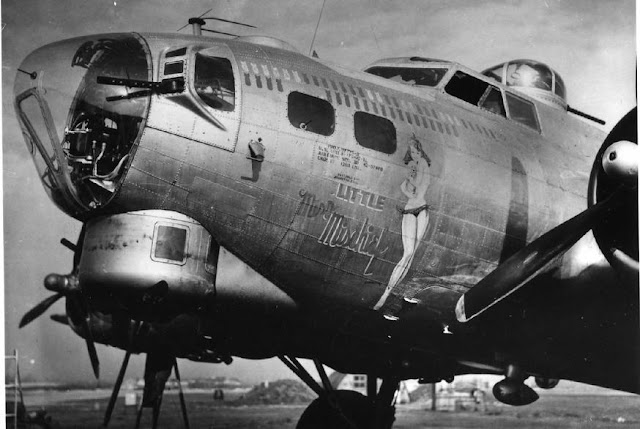 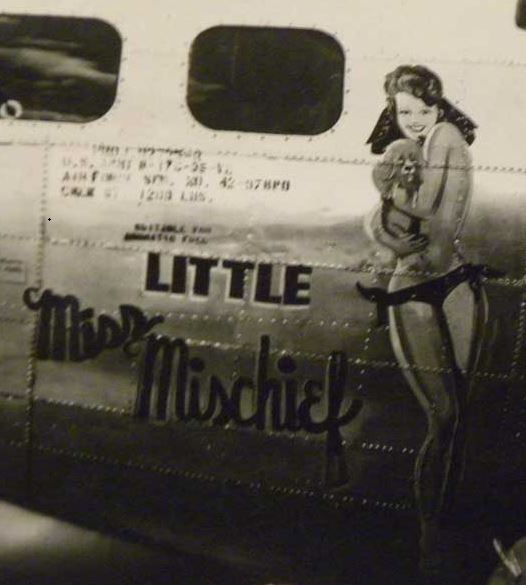 Her nose art, based on one of George Petty’s Esquire centerfolds, was painted by the 91st Bomb Group’s Tony Starcer.

Upon finishing his task, Starcer told her pilot (27 of his 28 combat missions in her) Bessolo “I outdid myself on this one!” of the best of the more than 130 creations from one of the war’s most famous nose art artists.  http://www.91stbombgroup.com/nose_artists/starcer.html   Starcer painted Shoo Shoo Baby, Betty Lou's Buggy, and the most famous B 17, Memphis Belle https://forgottenhobby.wordpress.com/2015/01/13/decals-will-have-to-wait-update/

But Little Miss Mischief would be remembered for more than just great nose art—unlike the typical B-17, she combined an amazing combat history with an unusual appearance. 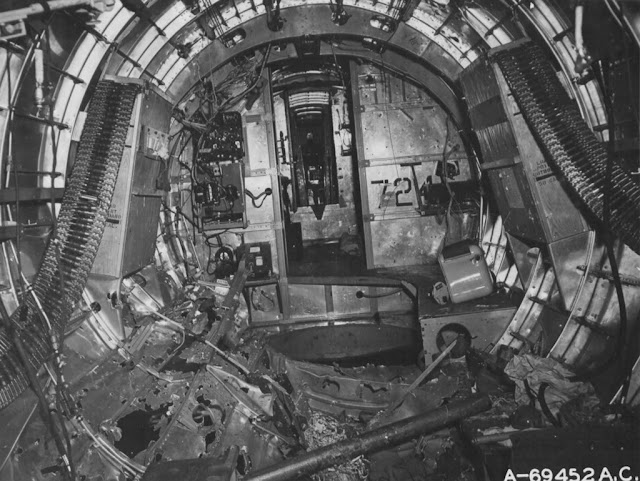 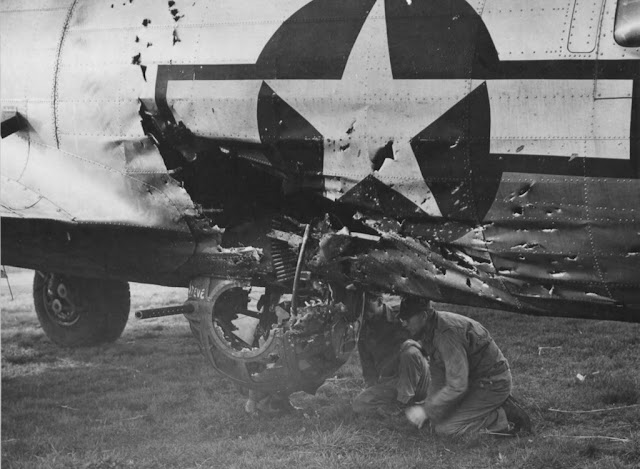 Following return to Bassingbourn, at the 441st Sub Depot, the service unit attached to the 91st Bomb Group, Col Frank Kamykowski decided to make an extraordinary effort to repair this ship. He combined its undamaged front portion and wings with the rear fuselage from "Wallaroo Mark II" which had crash landed on a non-combat flight on 7th August and been declared salvage.

Parts of 13 other aircraft were also used in the repair.

The resulting aircraft was unusual in that whilst Little Miss Mischief was natural metal finish, Wallaroo Mark II was painted olive drab, resulting in an aircraft with a silver front and olive drab rear.

All told, she flew more than 50 combat missions 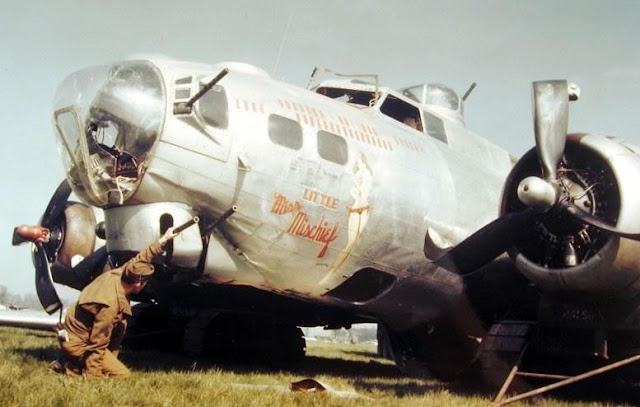 above and below shows how dramatically better and higher resolution photos exist, and how they show what is in the shadowed areas much better, like the cat track carts for getting the belly landing crash aircraft up off the ground and rolled to some area for repairs or junkyard 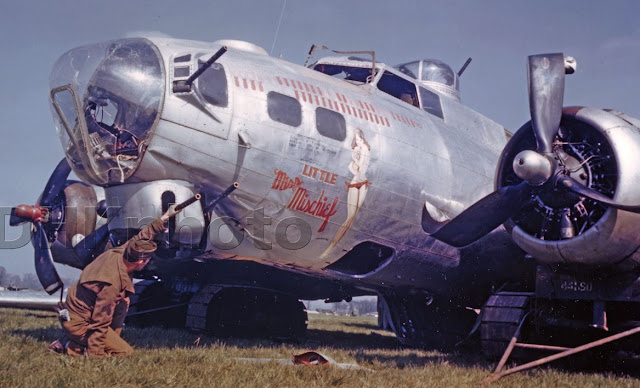 The 2nd pilot, McDowell became a mechanical engineer in civilian life after the war and worked for Boeing and later on in the Space Program under Werner Von Braun in Huntsville, Alabama.

He once said that flying on “Little Miss Mischief” was the highlight of his life. He passed away in 1991.