well, this is a cool new way to get free publicity to help sell your old car, poetry 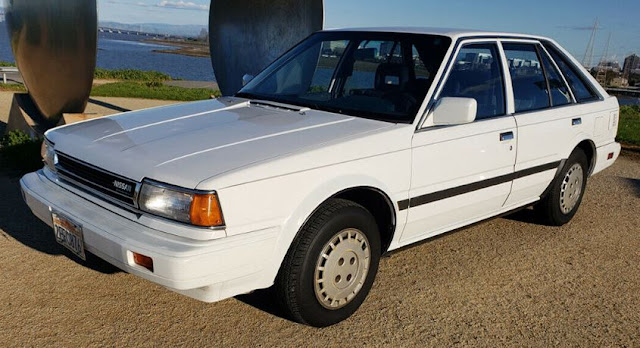 The engine has four pots inline,
The mileage thousands, sixty-nine,
No rust spots for you to patch,
Please check out this lovely hatch.

So far, reserve not met, even though the ebay listing insists that the "low reserve" is less than the taxes on some vague "new car" so, thanks for the bullshit, that might be million dollar Ferrari tax, it's certainly already over the tax on a cheap Fiat at 2650, and I'm guessing it's not going to get bid any higher. No one wants to blow a couple though on rebuilding the engine, trans, brakes, and fuel system to drive it for the next 10 years. Those costs alone will be more than a cheap new car.