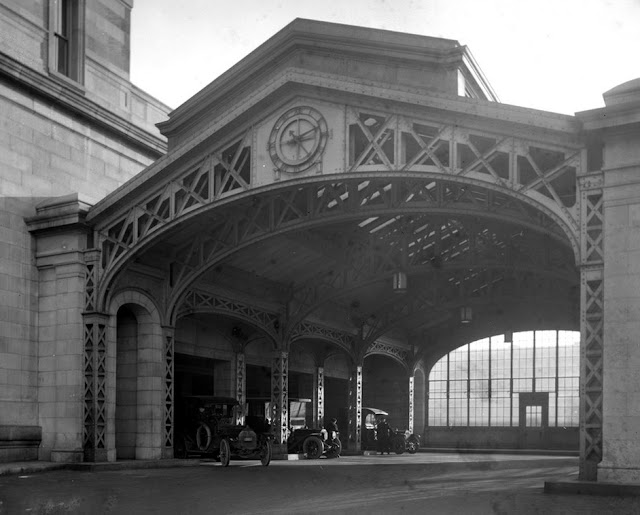 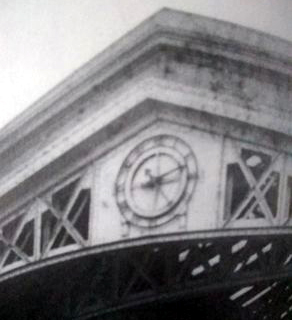 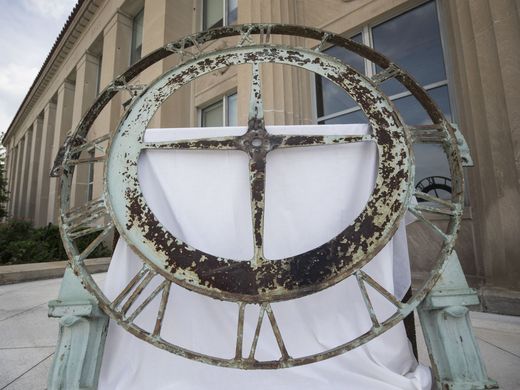 A thief who stole a clock that hung on a Michigan Central Station gateway for decades in Detroit reached out to anonymously return the antique timepiece, sending Ford to an abandoned building to retrieve it.

The Michigan Central Station in Detroit recently purchased by Ford, received the original skeleton of the clock tower clock anonymously

Ford found the stolen train depot clock on Friday, June 15, 2018 wrapped in a moving blanket after an anonymous tipster reported where it would be left in Detroit, just 2 miles from the station

Ford bought the train station, which closed in 1988 and became a symbol of Detroit's ruin, from the Moroun family and has plans to restore the building.

The clock is one of hundreds of antiques and decorative parts stolen from the 18-story Beaux arts structure, which opened in 1913 and was listed on the National Register of Historic Places in 1975.