Carl Fallberg, a former assistant director and storyman on Walt Disney, Hanna-Barbera, and Warner Brothers, feature-length animated cartoons, has captured the flavor of worn out, run-down narrow gauge railroads in his 1960 illustrated book: Fiddletown & Copperopolis, the Line of Least Resistance 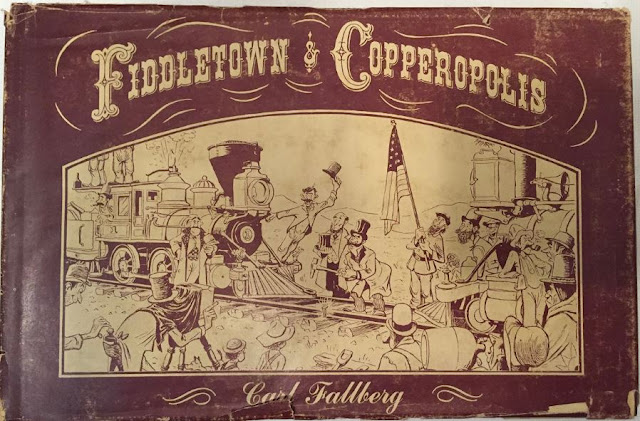 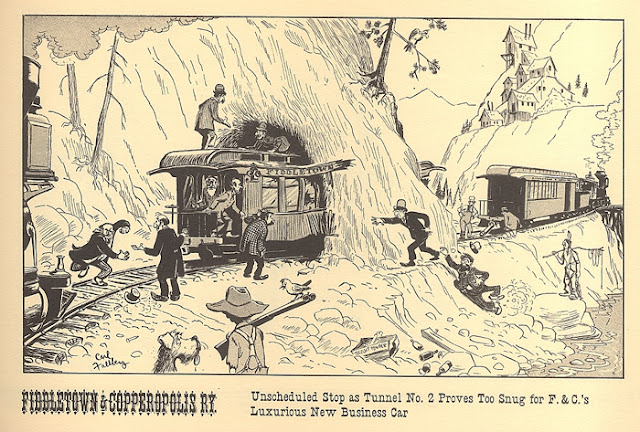 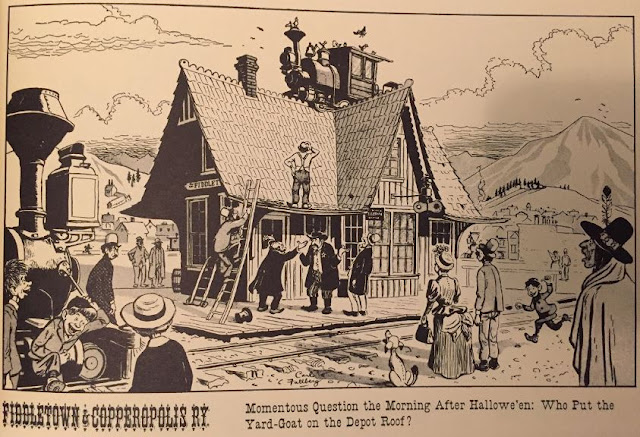 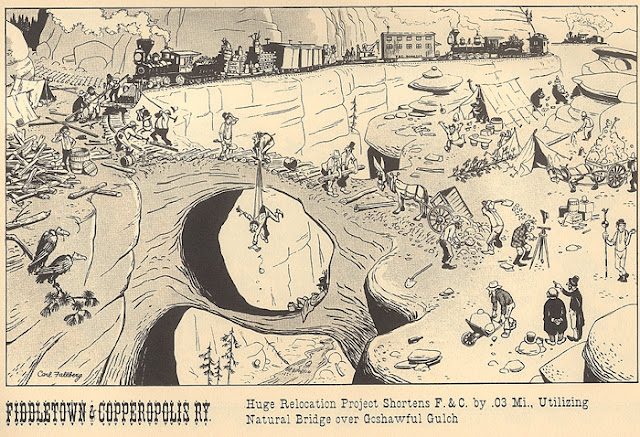 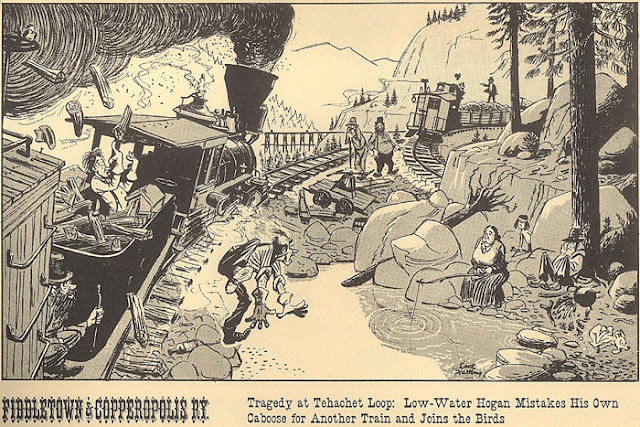 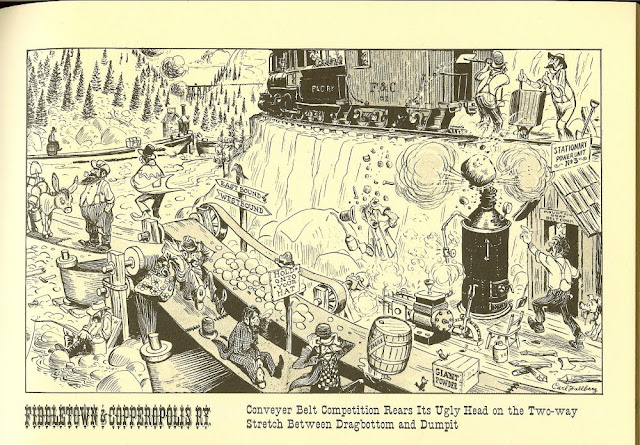 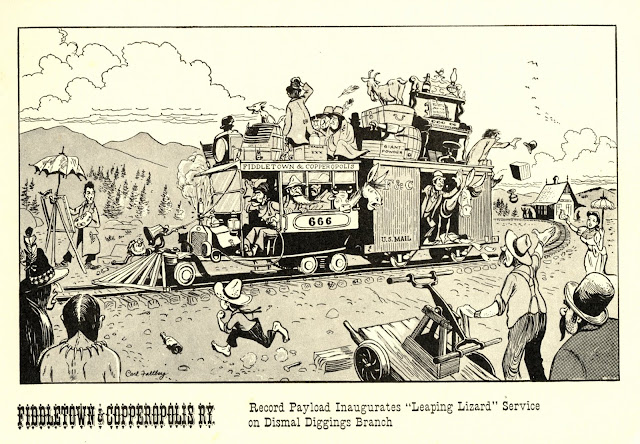 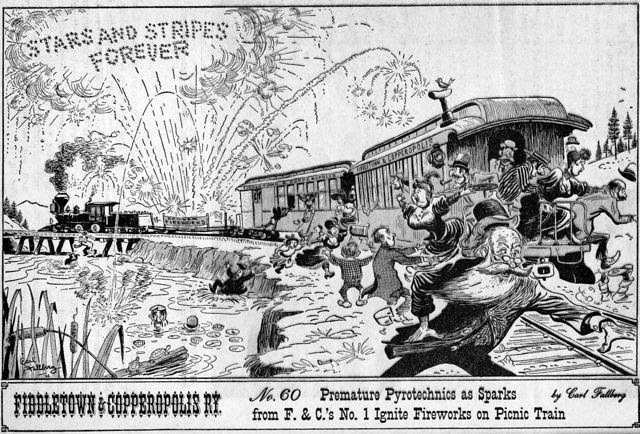 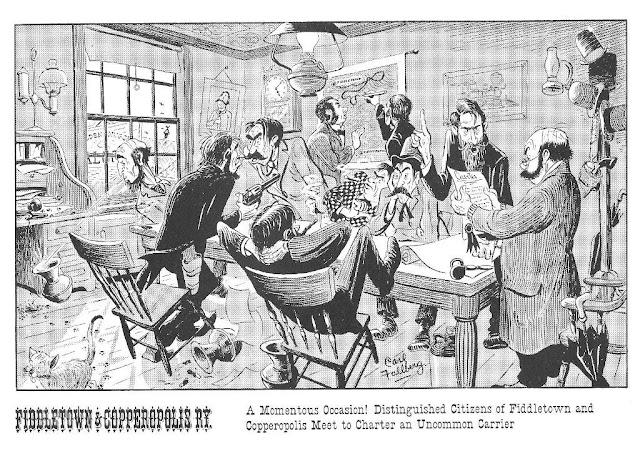 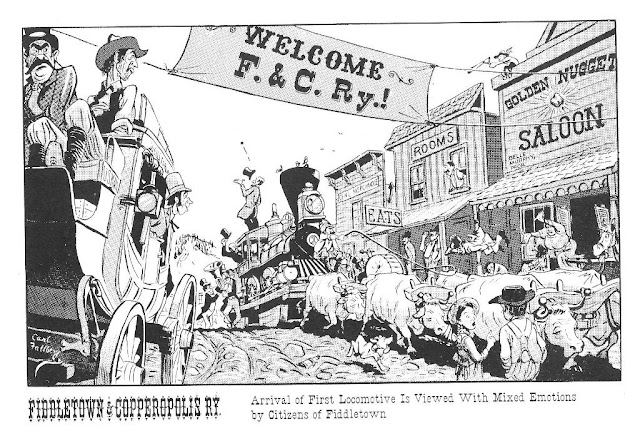 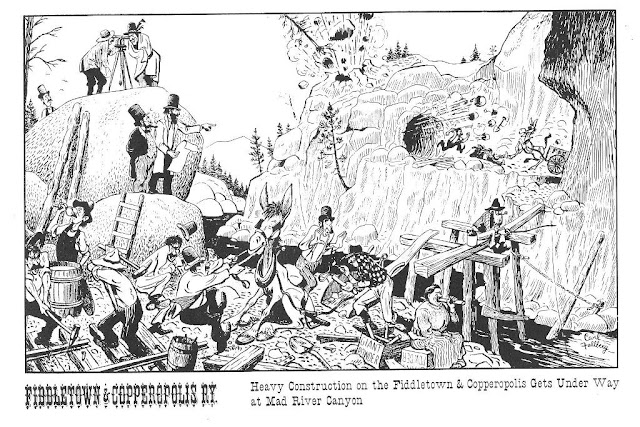 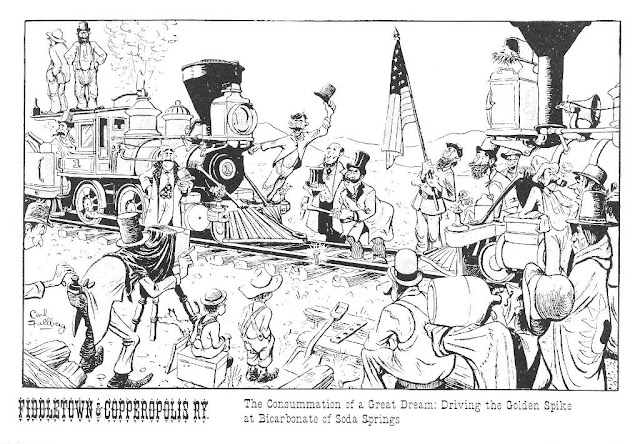 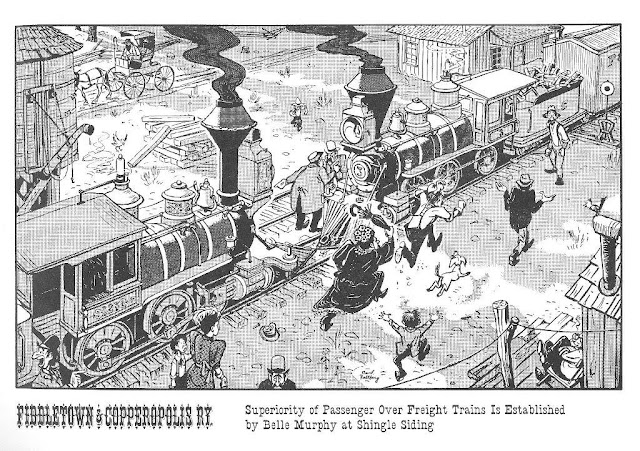 After graduating high school, in 1934, Carl sent a letter with samples of his gag ideas and artwork to Walt Disney asking for employment. On the third try, he was offered a job and started to work for Walt Disney Studios in 1935

During World War II, his sister Elinor and his future wife Becky worked at Disney Studios while Carl was serving in the U.S. Marines at Quantico, Virginia as part of the Marine Corps film unit

Becky continued to work for Disney Studios, eventually becoming the Manager of the Ink and Paint Department while Carl went on to work as a writer/cartoonist freelancing for Disney, Hanna Barbera, Dell Comics, Western Publishing, and Gold Key Comics and several other cartoon studios and comic book publishers.

From his early days at Disney, Carl shared his enthusiasm for Colorado's narrow gauge railroads with Ward Kimball and the Grizzly Flats Railroad,[5] and brought the theme to numerous comic books he wrote, such as the Mickey Mouse story "The Vanishing Railroad"


Carl started working at Disney Studios in 1935. During the beginning of his career at Disney he worked as an assistant director and storyman on the Disney animated features Snow White and the Seven Dwarfs, Fantasia, and Bambi.

Carl's "special" Disney projects included writing the promotional comics Adventure in Disneyland (1955) for Richfield Oil and Mickey and Goofy Explore Energy (1976) for Exxon, which he later redesigned to promote the Epcot Universe of Energy attraction.

From 1972 through 1981, Carl worked as a storyman and story director on the Hanna-Barbera cartoon television shows: Josie and the Pussycats in Outer Space, Scooby-Doo, Butch Cassidy and the Sundance Kids, Wheelie and the Chopper Bunch, The All-New Popeye Hour, Laugh-a-Lympics, The Three Robonic Stooges and The Kwicky Koala Show.[3][8] Carl also wrote for the Hanna-Barbera comic books of: The Flintstones, Yogi Bear, Huckleberry Hound, and The Jetsons.

Coincidently, in the August 1951 issue of Railroad Magazine, just three pages from a Fiddletown and Copperopolis cartoon, there is this photo of Rowland Emett aboard a real life version of one of the steam engines he drew.