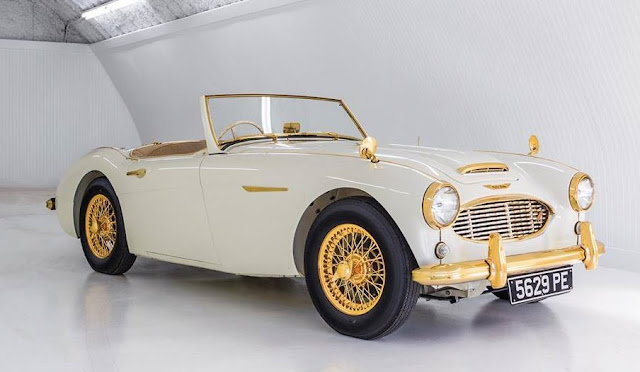 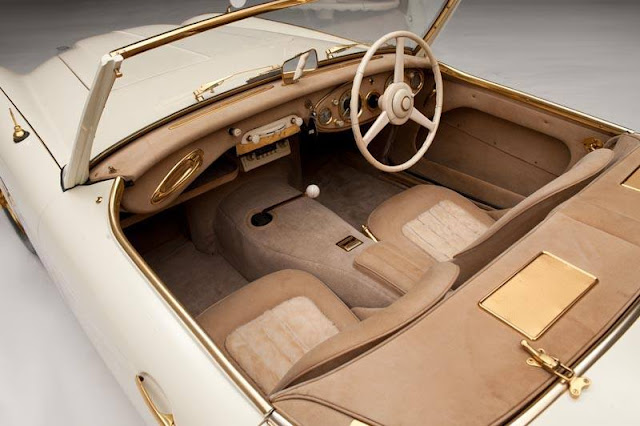 The interior benefited from a suede and 24k-trimmed dash, all-ivory knobs and steering wheel; Luxurious Champagne Diadem Mink by London furrier Lorna Doon Snow adorned the inserts and back squabs of the bucket seats.

Healey’s goal, essentially, was to make the most lavishly trimmed car ever built, including things constructed for Maharajahs.

the last time this car needed an interior, it took the leather from 27 goats to do it

Not just flamboyantly liveried and tailored, the car was fitted with Dunlop four-wheel disc brakes, making this the only non-competition Austin-Healey so-equipped. Brake servos were also fitted; these would not become standard on Austin-Healeys until 1964.

Valued at approximately ₤4,000, nearly four times the price of a regular-production 100-Six, the Earls Court car was dubbed “the most flirtatious car in the Motor Show” by the Daily Express.

During the restoration, an interesting detail emerged. As recently related by Inan Phillips, some chassis work was evidently performed when the car was prepared for Earls Court, for primarily cosmetic reasons. The unintended but welcome consequence was a noticeably stiffer chassis, resulting in the car’s uncanny smoothness noted during an early post-restoration test drive. During one memorable test drive, “Goldie” was opened up and clocked at 120 mph! As Inan Philips noted, the 100-Six was “one fantastic running and driving car . . . the smoothest driving Healey we’ve ever owned.” 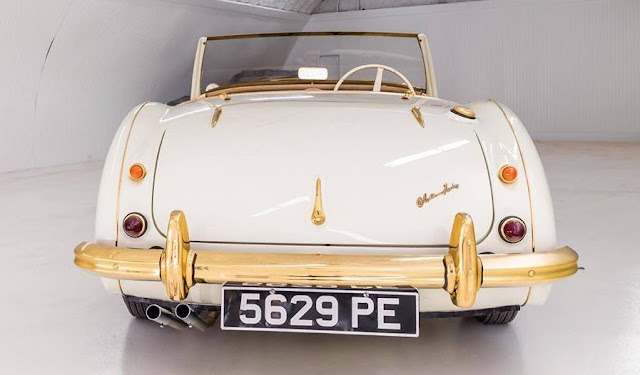