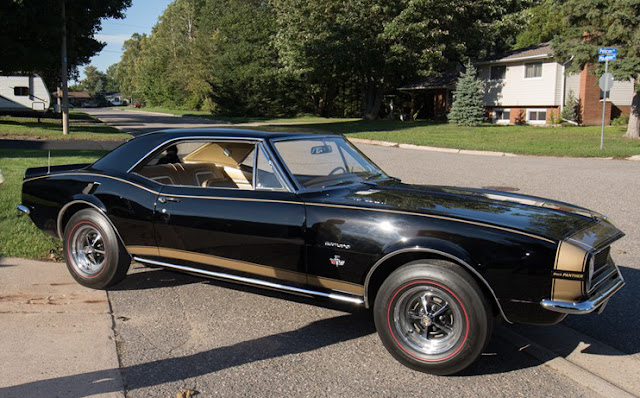 It had Black Panther emblems on the fenders and trunk lid and could be ordered in any body style and motor/tranny combination.

They had 14 inch Magnum 500 wheels and could be ordered with a ton of speed shop equipment based on whatever the owner desired.

Some cars got the "007" console which consisted of the standard console that had the lid removed and the guts filled with a panel that had toggle switches with Dynamo taped labels like "oil Slick" and "Smoke Screen" etc. It was put in one of the first cars as a joke, but it caught on and became part of the package for many buyers. I can tell you that at least 8 cars still exist today.

In April 1967, Simonen walked into the Toronto-based car dealership Gorries Downtown Chevrolet-Oldsmobile and $3,625 later walked out with a 1967 Black Panther Camaro.

It's considered one of the rarest and most sought after Camaro’s of all time. In 1967, Simonen and a friend traveled to Toronto to pick up a commuter and the first place they stopped at was the Gorries dealership.

“The Black Panther Camaro was in the showroom. I fell in love immediately. I’d never seen a car that was black and gold or had mag wheels before,” said Simonen referring to the vehicle's Magnum 500 wheels, pretty unique at the time.

Simonen said Black Panther Camaros were made for only one year and that most likely only a dozen or two were ever produced.

The 1967 Black Panther Camaro is essentially the same as a regular 1967 Camaro except for its wheels and its black and gold external paint job and deluxe gold interior. 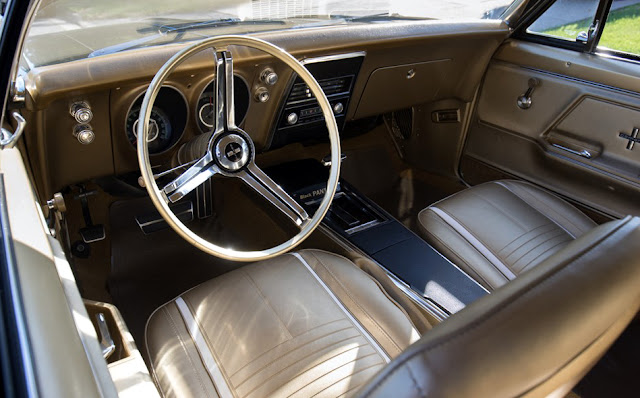 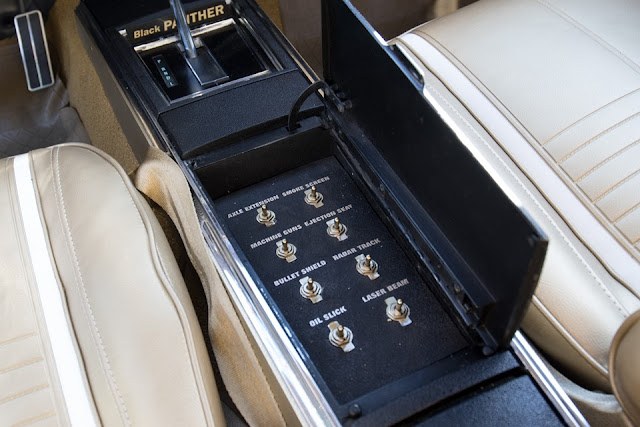 A very unique item inside the vehicle is the ‘007 panel’, some non-functioning novelty switches for imaginary devices like an ejector seat, a laser beam, and machine guns. 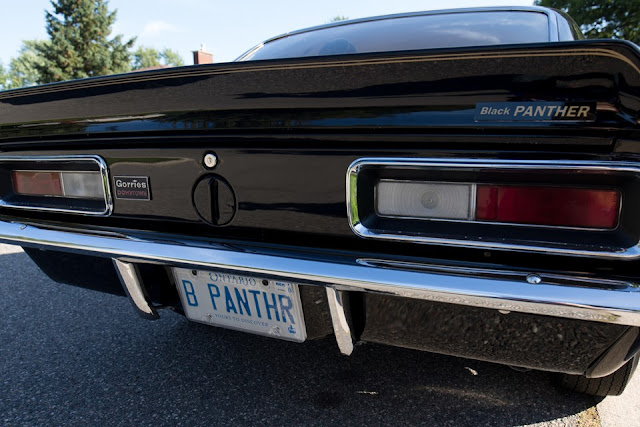 Only three are known to exist and Simonen's is the only one that has its original body and engine. 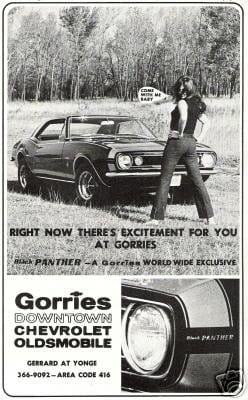 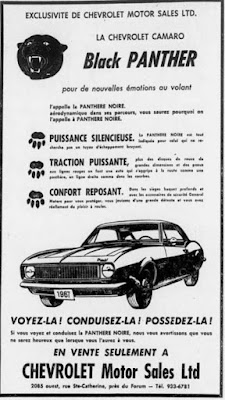 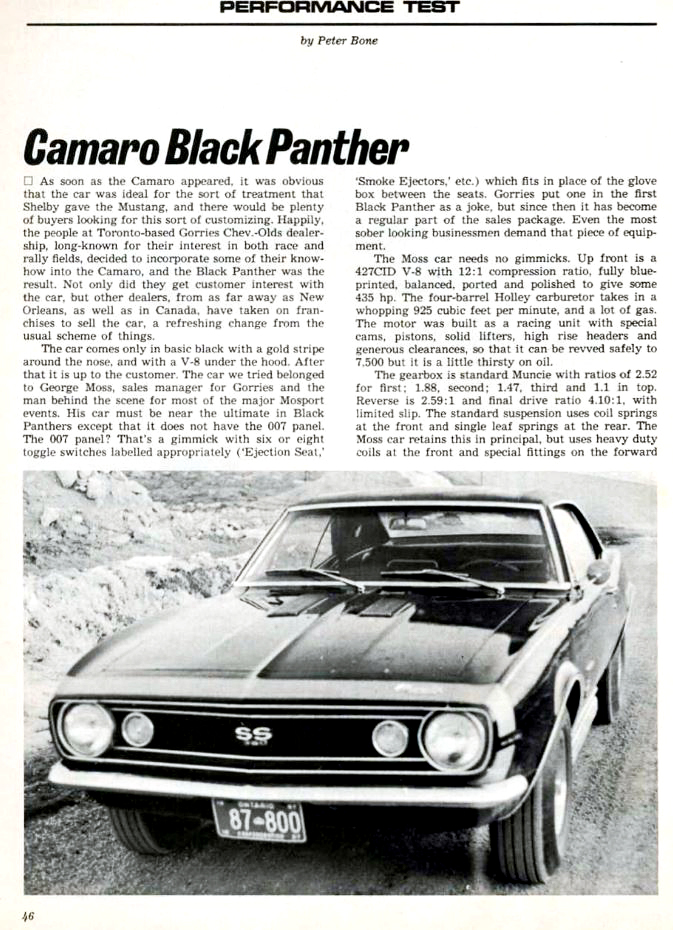 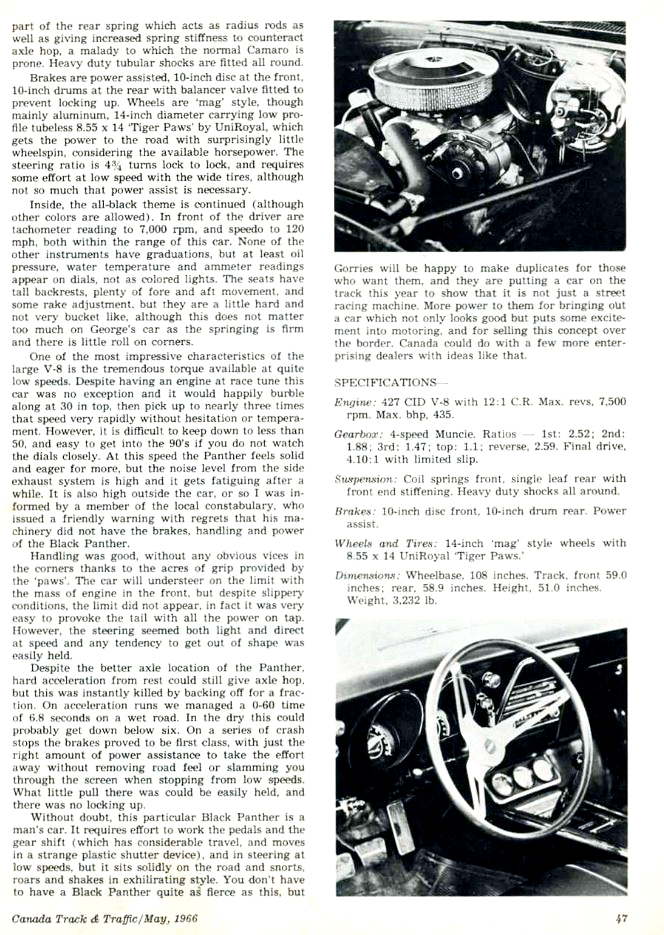 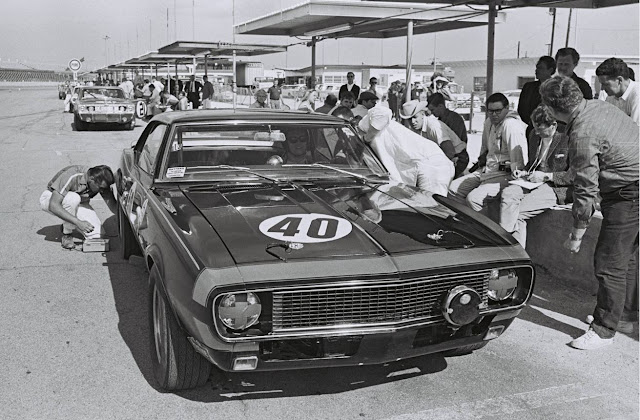 Craig Fisher raced one of the Gorries Black Panther Z-28s in the Trans-Am series, it was sold it to Hugh Dibley over in England and Hugh turned it into a road racer. It was sold to Pierre Du Plessis, who wrecked it in South Africa. 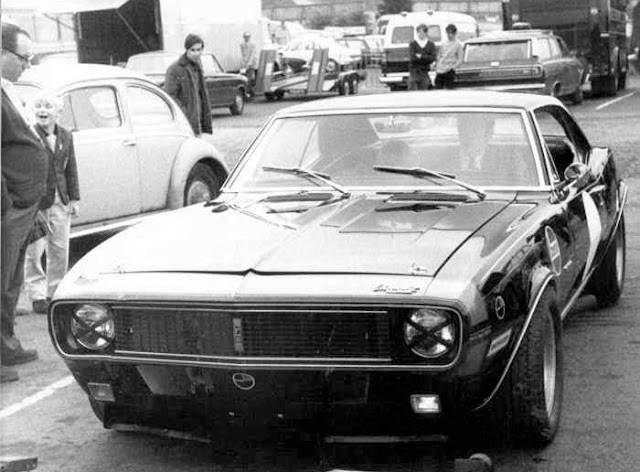 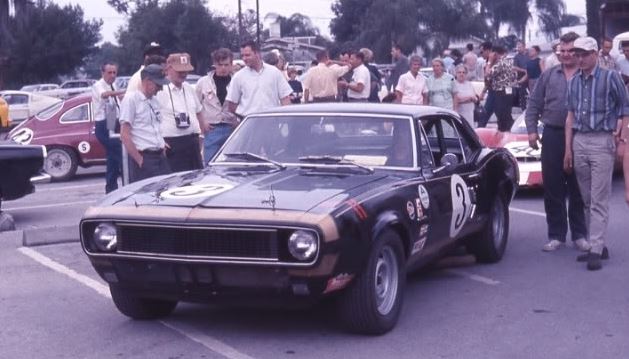 Fisher's car was built by the legendary Doug Duncan, who resides in the Canadian Motorsports Hall of Fame.