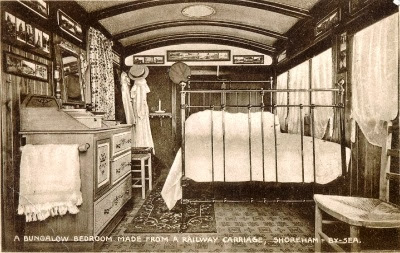 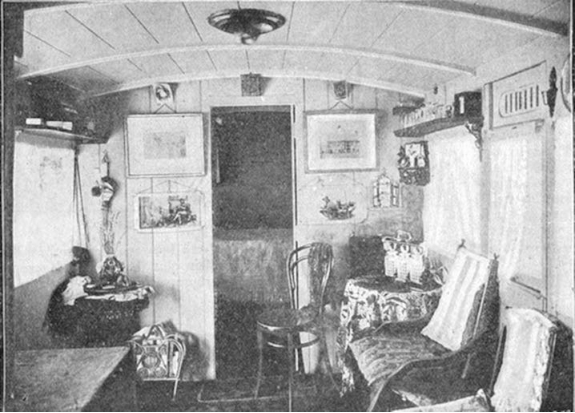 it was common at the time to use surplus rail-passenger cars as ready-made bungalows – often two or three of these would be attached and turned into serviceable recreational housing.

During the early 1900’s redundant carriages were purchased from the London Brighton and South Coast Railway Company for £10 each and carted across the Adur to Shoreham Beach. 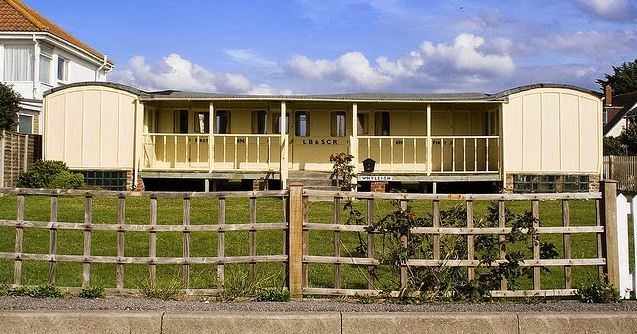 These resorts developed a bit of a racy reputation as enabling individual freedoms and looser styles of living, making them controversial but appealing to theater people in seaside locations where they served as recreational getaways.

Comedian Will Evans built ten bungalows alongside each other on the north side of Old Fort Road between Ferry Road and Shingle Road. These were named after characters he had played or shows he had been in and came to be known as ‘Pantomime Row’ 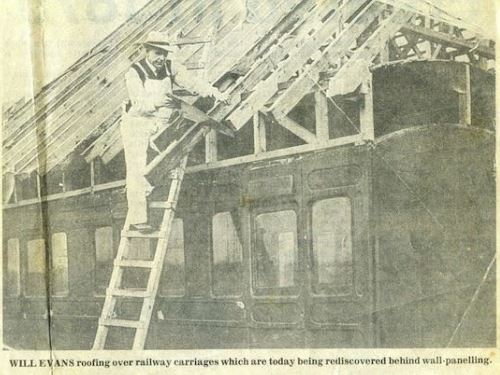 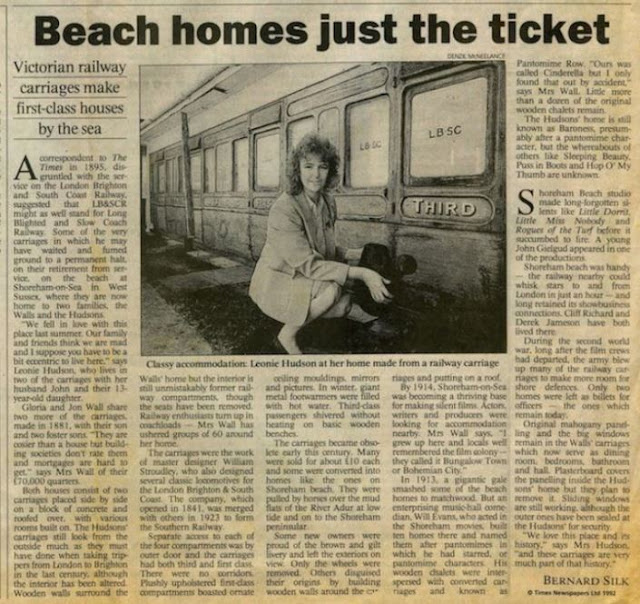 The WW2 anti-invasion clearances destroyed most of Bungalow Town and of the surviving bungalows the wooden walls of many were replaced by brick and the old railway carriages were removed. Some survived though including Pantomime Row but by the 1970’s only two in the Row still had their carriages – ‘Baroness’ and ‘Cinderella’. 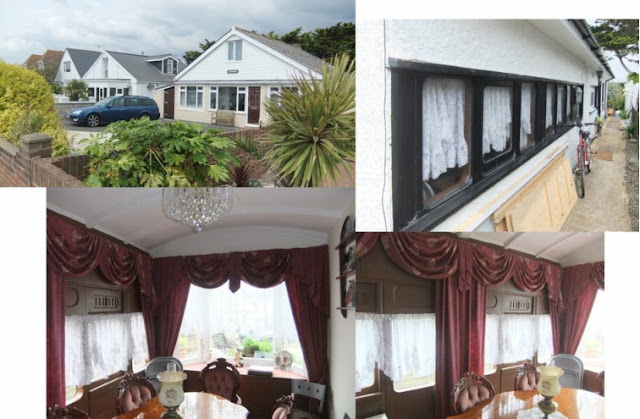 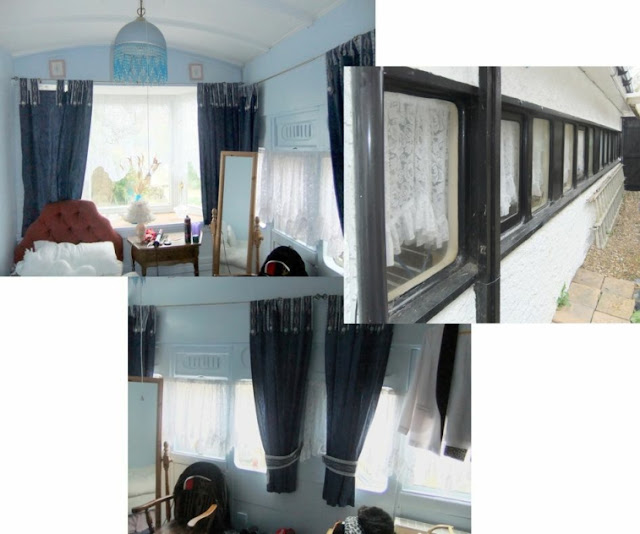 Not all the carriages were destroyed when bungalows were demolished or rebuilt. One was rescued by the Bluebell Railway as recently as 2000 when 54 The Meadway was demolished. This was an 1890 ex. London Brighton and South Coast Railway five compartment, third class carriage designed by William Stroudley that was brought to Bungalow Town in May of 1918 to form part of the bungalow being built there.

The property was originally named ‘The Stoneways’ and Bluebell Railway inspected the carriage in situ shortly before the bungalow was demolished with a view to using parts of it as spares. However, on discovering that it was a late Stroudley carriage differing in design to earlier models and that it was relatively complete it was decided to save it for restoration.

In October of 2000 the bungalow was carefully demolished and the carriage transported to the Bluebell’s carriage works at Horsted Keynes where work to restore it is ongoing. It is hoped this will eventually be part of a complete Stroudley designed LBSCR train (engine and carriages). 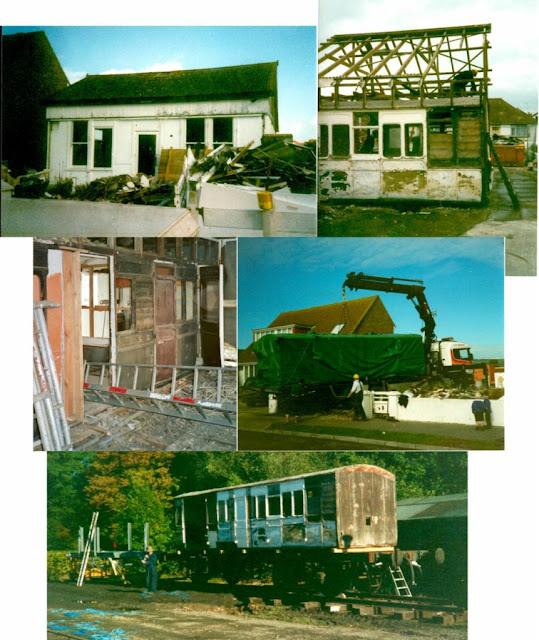 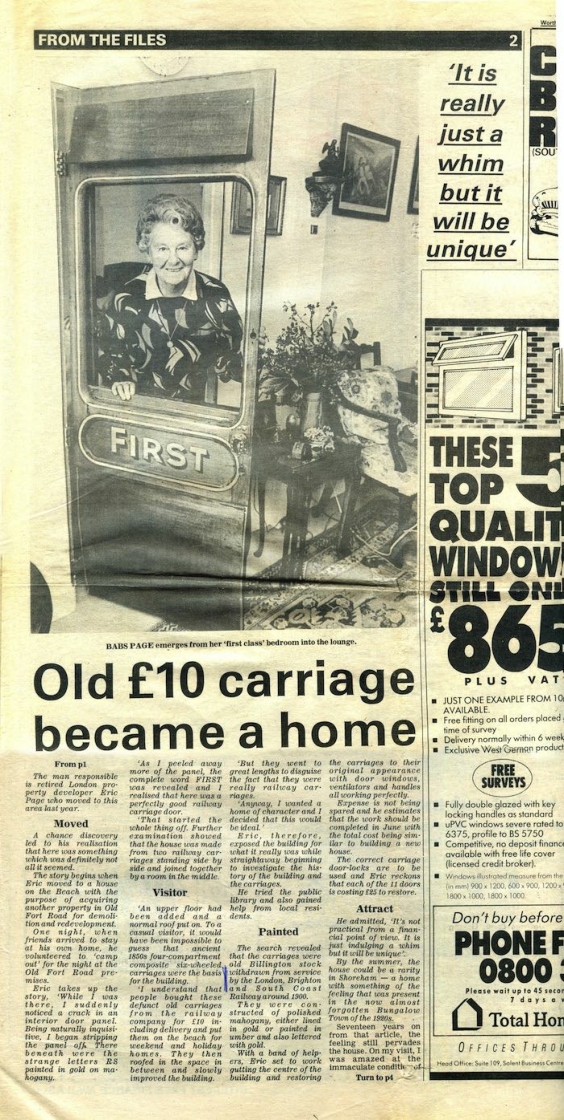 if this seems familiar, it's because it's exactly like the story I posted about the railcars in San Francisco https://justacarguy.blogspot.com/2018/03/west-san-francisco-had-street-car.html
at Monday, January 21, 2019