Welcome To Marwen, the most original movie concept I've seen since Colossal, Steve Carell as an artist specializing in WW2 drawings, then photography of WW2 dioramas. It's like they looked at my blog and made a movie!

This holiday season, Academy Award winner Robert Zemeckis—the groundbreaking filmmaker behind Forrest Gump, Flight and Cast Away—directs Steve Carell in the most original movie of the year. Welcome to Marwen tells the miraculous true story of one broken man’s fight as he discovers how artistic imagination can restore the human spirit.

On April 8, 2000, 38 year old Mark Hogancamp was attacked by five men and left for dead, beaten into a brain-damaging coma, outside of a bar in Kingston, NY. After nine days in a coma, he awoke to find he had no memory of his previous adult life. He had to relearn how to eat, walk and write.

When Hogancamp woke up in the hospital he had no idea who he was or where he was, a devastating attack wiped away all memories, and no one expected recovery.

He was beat up so badly that he couldn’t walk, talk or speak. His therapies were cut off by Medicaid, of course, and Hogancamp had to make his own treatment, and in the process he makes some most unusual friends.

Putting together pieces from his old and new life, Hogancamp meticulously created a wondrous 1/6th scale World War II-era town in his backyard where he could heal and be heroic. As he builds an astonishing art installation—a testament to the most powerful women he knows—through his fantasy world, he draws strength to triumph in the real one.

In a bold, wondrous and timely film from this revolutionary pioneer of contemporary cinema, Welcome to Marwen shows that when your only weapon is your imagination…you’ll find courage in the most unexpected place. 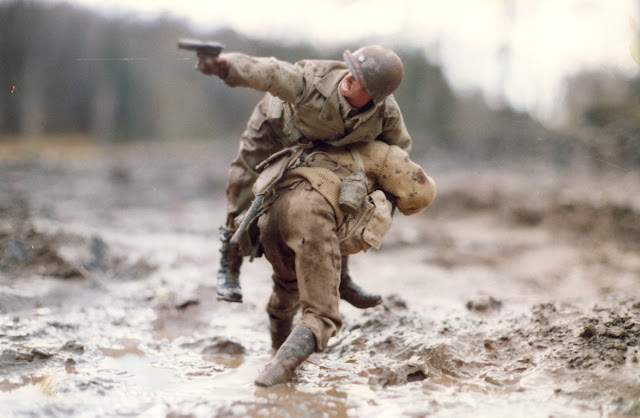 Mark Hogancamp's artwork is on display at One Mile Gallery (or take a quick look at the first feature in https://www.esopus.org/issues/view/5)

Mr. Hogancamp lives from disability check to disability check. To save money, he eats one meal a day. He buys groceries every Tuesday, when a neighbor gives him a lift to the Cumberland Farms store five miles away.

He was a boatswains mate in the Navy, in the 80s, served on the Savanna, and did about 6 to 9 years (approx, it's difficult to get that accurate) and honorably discharged out.


The prospect of a Hollywood film of his life is “scary,” Mr. Hogancamp said, and he still feels overwhelmed at the attention from the art world. But over all, he is pleased with this unexpected chapter. After the documentary, fan messages and gratitude from people suffering from P.T.S.D. filled its Facebook page. https://www.facebook.com/Marwencol  “I didn’t know that my fight to get my mind back would benefit other brain-injured people,” Mr. Hogancamp said. “Now they know they can create their own world that only they understand.” 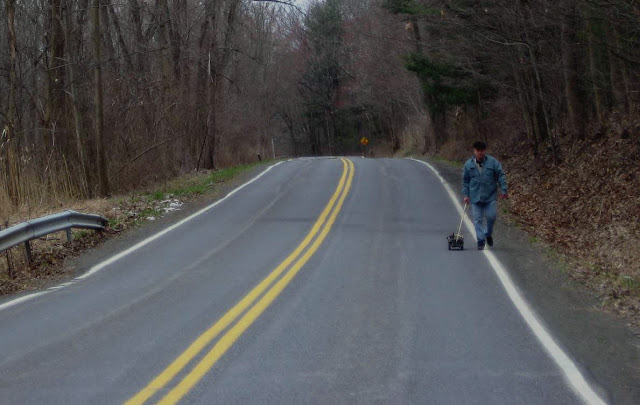 In November 2010, the deli where he used to shop went out of business. It was just two miles away, and he could walk there by himself, keeping steady by focusing his eyes on the lines at the side on the road, and staying calm by dragging behind him an Army jeep the size of a handbag filled with Deja and the other girls, all armed to the teeth to keep him safe. The trip was also helpful in that it wore down the factory seams on the jeep’s rubber tires (Mr. Hogancamp is a stickler for detail).

A book of his photography 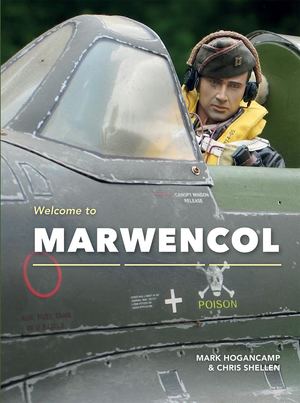 can be previewed and bought at https://www.amazon.com/Welcome-Marwencol-Mark-Hogancamp/dp/1616894156 and the preview is wow... a lot of incredible photos, and several chapters to read. More than usually found on Amazon.
at Thursday, June 21, 2018