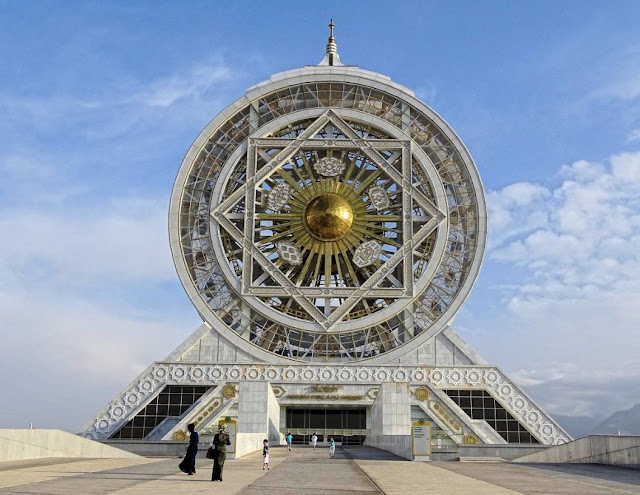 According to the Guinness Book of World Records, the record for the world’s tallest indoor ferris wheel belongs to the Alem Cultural and Entertainment Center of Ashgabat, Turkenistan.

The 24-pod ferris wheel, called “Alem,” which means “the Universe,” is enclosed in a 187-feet diameter glass and white steel casing that rests at the top of the step pyramid structure. Each floor of the six-story building measures at approximately 23 feet, which brings the building to 312 feet. 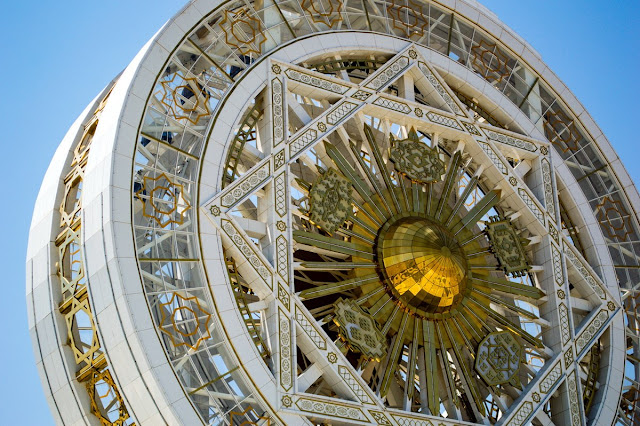 A 56-foot decorative spire rests at the top, bringing the center’s overall height to 368 feet. Designed by architects at Polieks, the center is home to two movie theatres, a planetarium equipped with star-gazing equipment, a bowling alley, and a restaurant.

The building’s main feature, the record-breaking ferris wheel, is housed in a structure built to resemble the eight-sided star of Oguz Khan, a legendary Khan who is commonly included in many motifs across the nation. 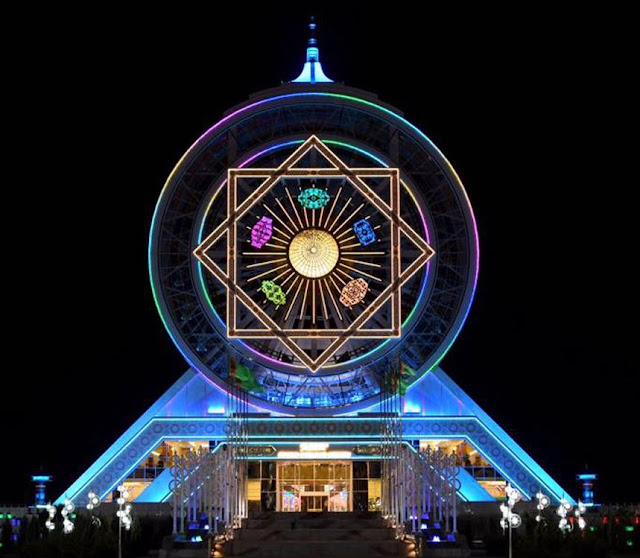 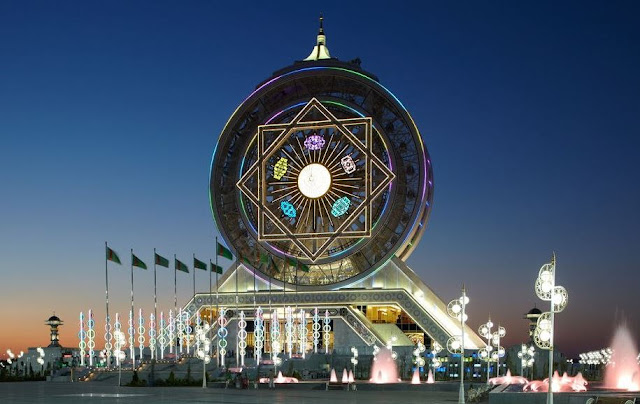 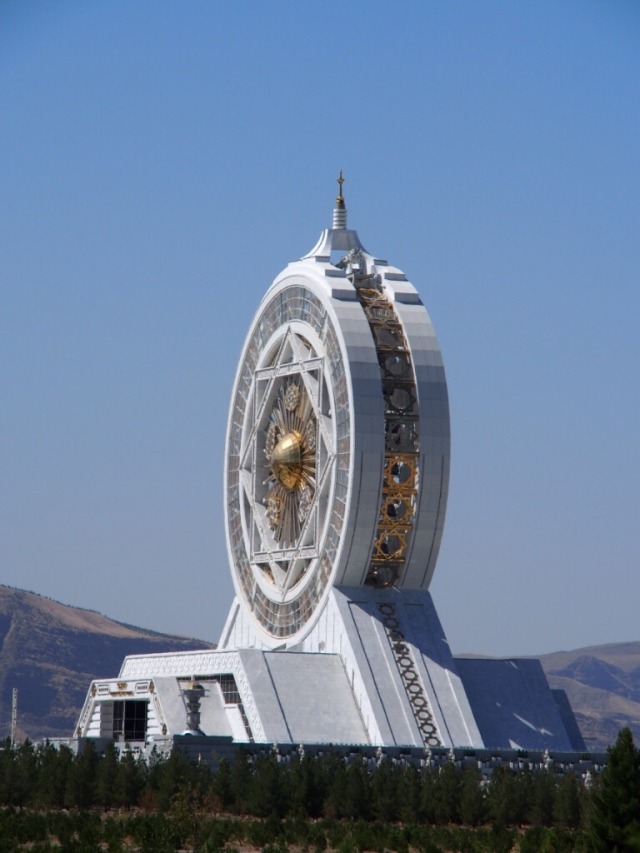