a descriptive video of New York's Grand Central Station... I had no idea Jackie O had saved it from destruction, for example

So, two words, Commuting and Ramp, both were invented here, according to this video. Huh! That's interesting trivia 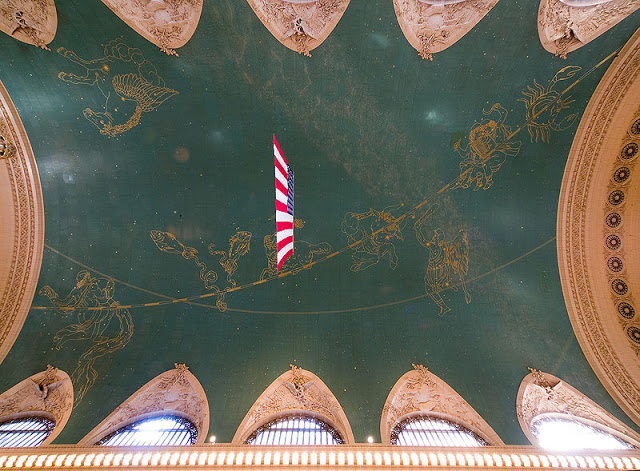 Paul Helleu was awarded the Légion d’honneur and became one of the most celebrated artists of the Edwardian era in both Paris and London and an honorary member of the most important beaux-arts societies. He was a member of the International Society of Sculptors, Painters and Engravers and the Societaire de la Nationale des Beaux-Arts. He was decorated by the French Government with the Legion d’honneur in 1904. He was the creator of the astrological ceiling decoration in New York City's Grand Central Terminal completed in 1912.

for a couple galleries of his remarkable Belle Epoque art, http://poulwebb.blogspot.com/2012/03/paul-cesar-helleu-part-1.html
at Thursday, June 21, 2018